How to Integrate a Wireless Charger in your 2012+

So my wife and I both have Nexus 5 phones that support Qi wireless charging. Ever since I got in the 5 and slipped the phone into that pocket below the shifter, I knew it was a perfect spot to integrate a wireless charger. So I finally got around to it. It's a pretty easy mod. I initially wanted to use magnets and ordered the official Nexus charger, but found out it was too thick and got in the way of the USB plug since it extends too deep. I drove around with my phone in that slot and never had any instances of it flying out of the slot so I figured its fine where it is.

You'll need the following items below


To start, you need to take the panel off and bring it inside. The interior is really easy to take apart, just get a pry tool and pop off the cup holder first. Once that's off, just pull the panel with the USB and accessory outlet and unplug the connectors. 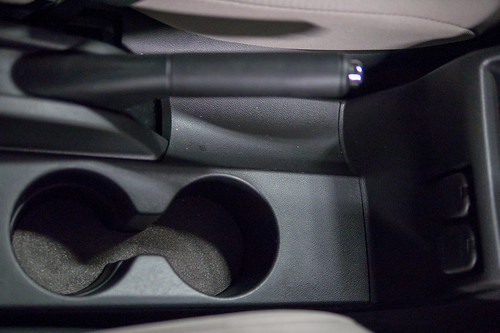 Bring the panel inside. Make sure to test the wireless charger first be

It's pretty easy to dismantle, just toss the aluminum stand that comes with it and run a flat head screw driver between the top and bottom plastics. It doesn't hurt to pry a little to get it open. Once its open, the charging board is held into place with four bits of glue, they are the black circles on top of the metal. You can gently pry the piece off and you'll have the charging element. 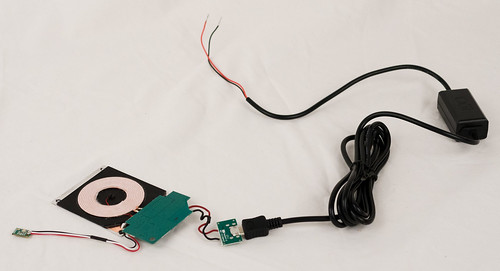 You'll want to align the charger around the middle of the cubby. I had it plugged into a wall USB charger while my phone was in the cubby to make sure it was charging. Once I verified a spot, I hot glued it into place. You'll notice the charger has a LED to show that its charging. I drilled a small little hole on the top of the cubby and glued the LED into place. I also glued the wires to the micro USB connector so it stays in place as well. 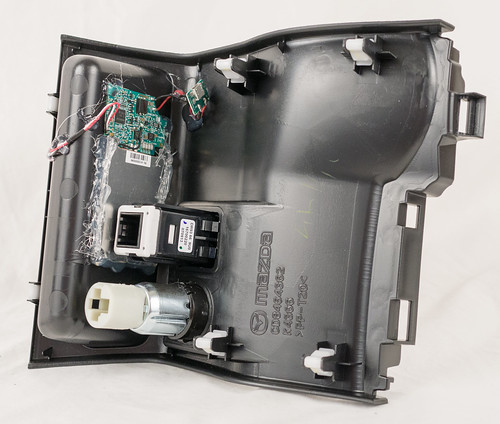 I tested it for a couple hours to make sure the charger did not overheat or get warm. It stayed cool the whole time. The green little dot is the charging LED reflecting off the glass screen. 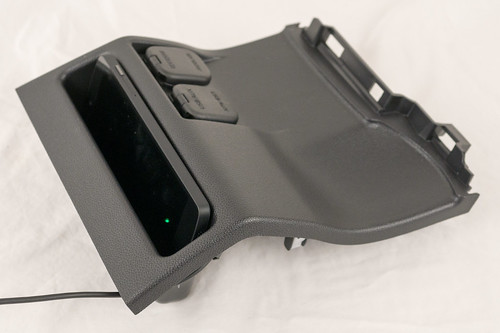 Now you have to wire in the EDOTECH micro USB hard wire kit into the car. I just tapped into the accessory power jack using wire taps. The blue is positive and black is ground. 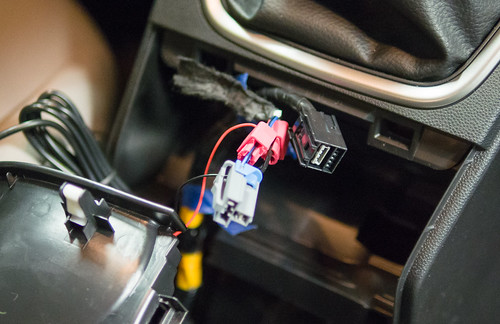 I used gray double back tape to tape the little brick part of the hard wire kit to the bottom left of the cubby. I taped the wires up using electrical tape. I kept the EDOTECH adapter still tied up and just let a little bit of wire loose for the micro USB connector. I tucked the wiring into the little area available behind the USB and accessory jack wiring harness (in front of the eBrake). 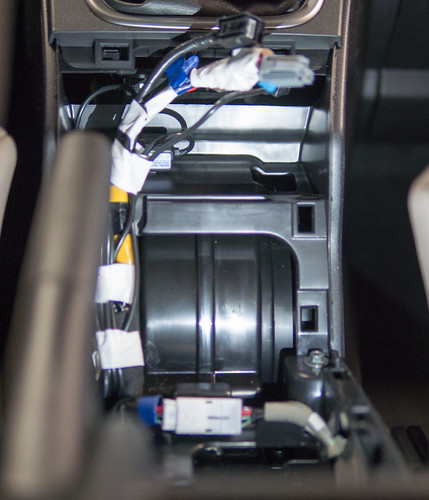 Plug the micro USB connector from the EDOTECH adapter into the wireless charger, test to make sure it works and reassemble the interior. 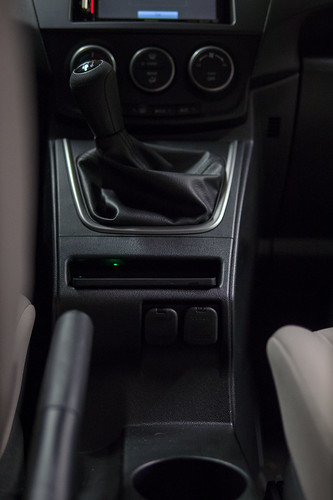 And that's it. Since I tapped the accessory jack, it only turns on/off with the vehicle ignition so there's no phantom power drain to worry about. Let me know if you have any questions or comments.
Last edited: Mar 26, 2014
S

Once again, nice write-up and pictures. My phone is like 1mm too long for that cubby, it really bugs me b/c that is a purpose-made cell phone holder and I can't use it...
T

I was honestly surprised the Nexus 5 fit in it so perfectly. I don't think Mazda expected people to buy Galaxy Note's or large phones in general when they designed the 5.
L

I agree that cubby was designed before smartphones were all the rage and became so big. My HTC fits if I take the otterbox off, but that becomes a hassle. Very nice mod and write-up.
You must log in or register to reply here.