what is this bushing?

i want to replace mine with an aftermarket bushing but i can't seem to find the name of this bushing or part.

https://www.torquesolution.com/Mazda-Protege-Shifter-Bushings-p/ts-mp-005.html
is this that part?

Yes that is the correct part. Great mod.
S

what do they do exactly?

It takes away that sloppy vague feeling and give a more direct crisp shift. With your short shifter, Corksport bushings and 3rd link mod, Im sure it would make shifting even more enjoyable. Easy install too. I love mine. 2nd mod done to my car years ago, except mine were Kartboy bushings.
S

o.g.sk8er said:
It takes away that sloppy vague feeling and give a more direct crisp shift. With your short shifter, Corksport bushings and 3rd link mod, Im sure it would make shifting even more enjoyable. Easy install too. I love mine. 2nd mod done to my car years ago, except mine were Kartboy bushings.
Click to expand...

If you don't want to pay $$$ for the bronzeoil bushings, these parts from Kia (yes, that's right Kia) will replace the stock bushings, including the third link bushing. The reason I say get them from Kia is because the hardware is the same as from Mazda, but cheaper, and the bushings are better quality than the Mazda. I just bought an angle grinder today to do the third link bushings, and I plan on actually doing the work next week.

The bolt, washer, and nut replace the rivet from the third link.
P 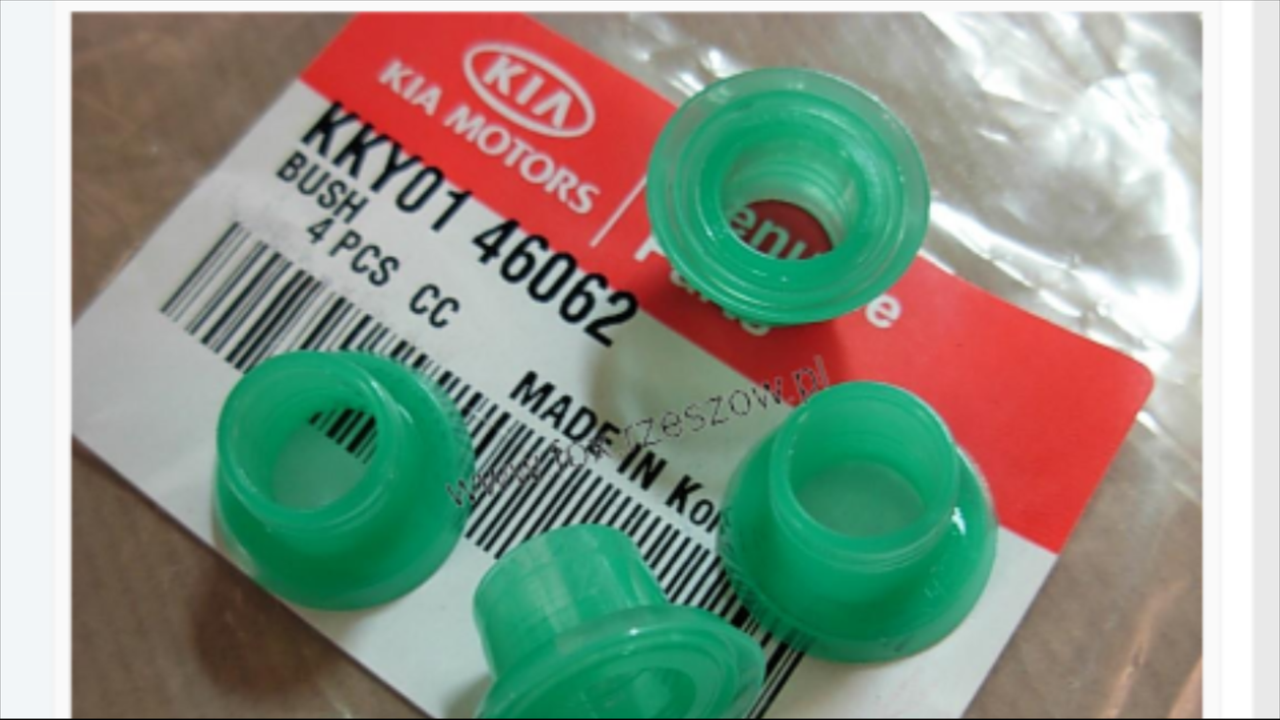 I saw this thread couple months ago and bought the bushings on eBay for $20 from Torque Solutions. I figuring they'd be complementary to my Megan Racing Short shifter and Exile Autoworx bushings. Got them installed yesterday and also tightened up my shifter linkages to remove the remaining play in the shifter.
For anyone who's curious, this was the process for me.

This is what I bought: https://www.ebay.com/itm/TORQUE-SOLUTION-SHIFTER-BUSHINGS-MAZDA-PROTEGE/272017153749

Removed the nut on the big washer on the bushing. I had to take a small heat-shield off of the exhaust piping to allow the linkage to come off of the bolt completely. Once I got the linkage off, the two metal washers came off either side of the bushing. I tried taking the bushing out but eventually realized that it was one piece and would need to be cut and pushed out.

Several minutes of cutting and this is what I pulled out:
There was also a metal bushing inside which I had to press out first and reuse. The new bushings are blue and came in two sides for me. I pressed in the old metal bushing thing and put the bushings back on the linkage, which looked like this: To remove slop, I also tightened the joints on the main linkage going into the transmission while they were easier to reach. Then I put the washer, then linkage with bushings, then outer washer back on the bolt, with the nut on top: Then put the heatshield back on and tightened clamps and all done!

At the end of the day, since I also tightened the slop out of my previously installed shifter bushings (changing two variables at once), I'm not sure what made more of a difference. However, my shifts are much more notchy and there is almost no play in the shifter now. Reverse and 1st are hard to get into while not moving, but this car is more fun moving than stationary anyway.
You must log in or register to reply here.