What have you done to your Miata today? 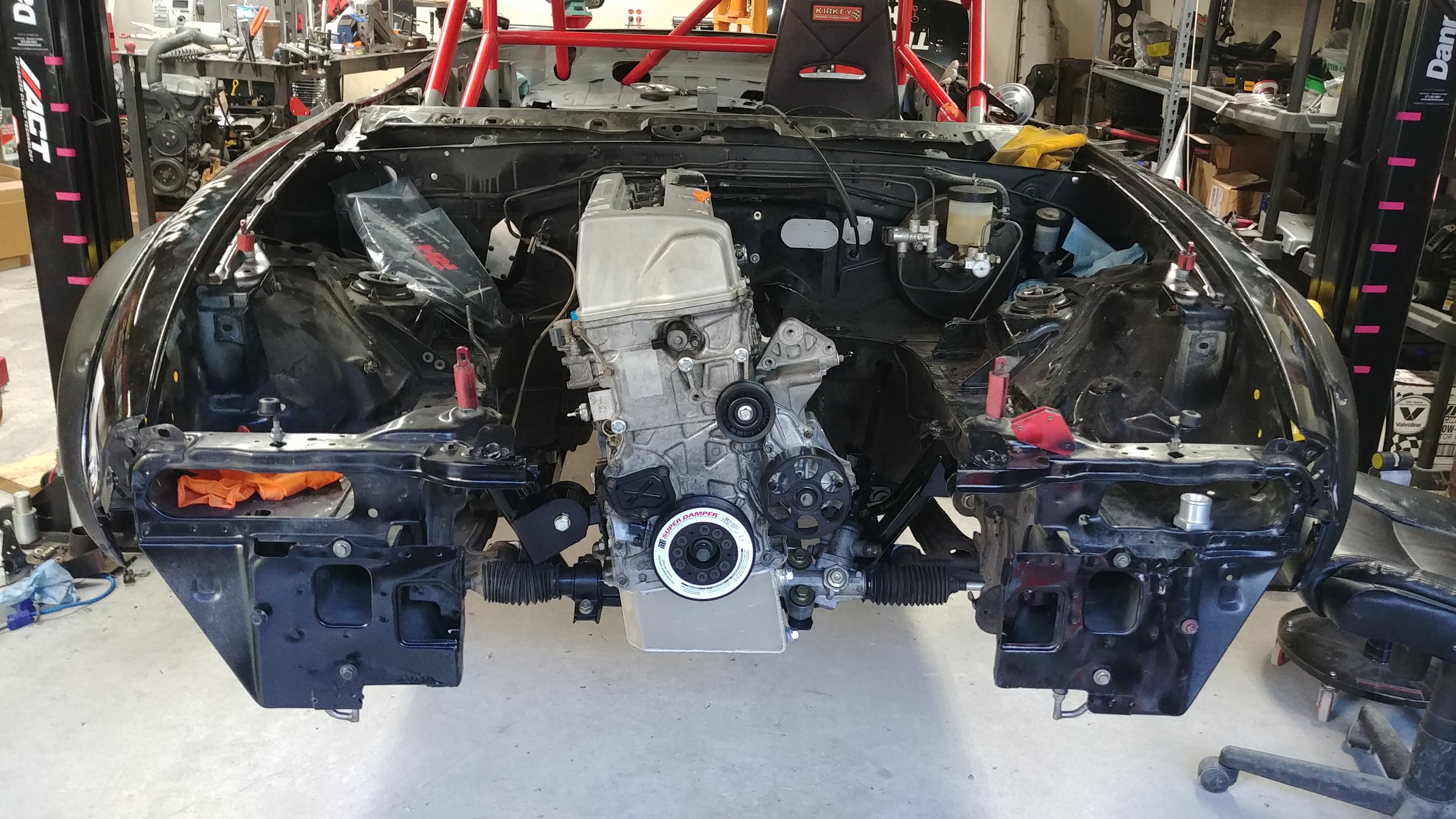 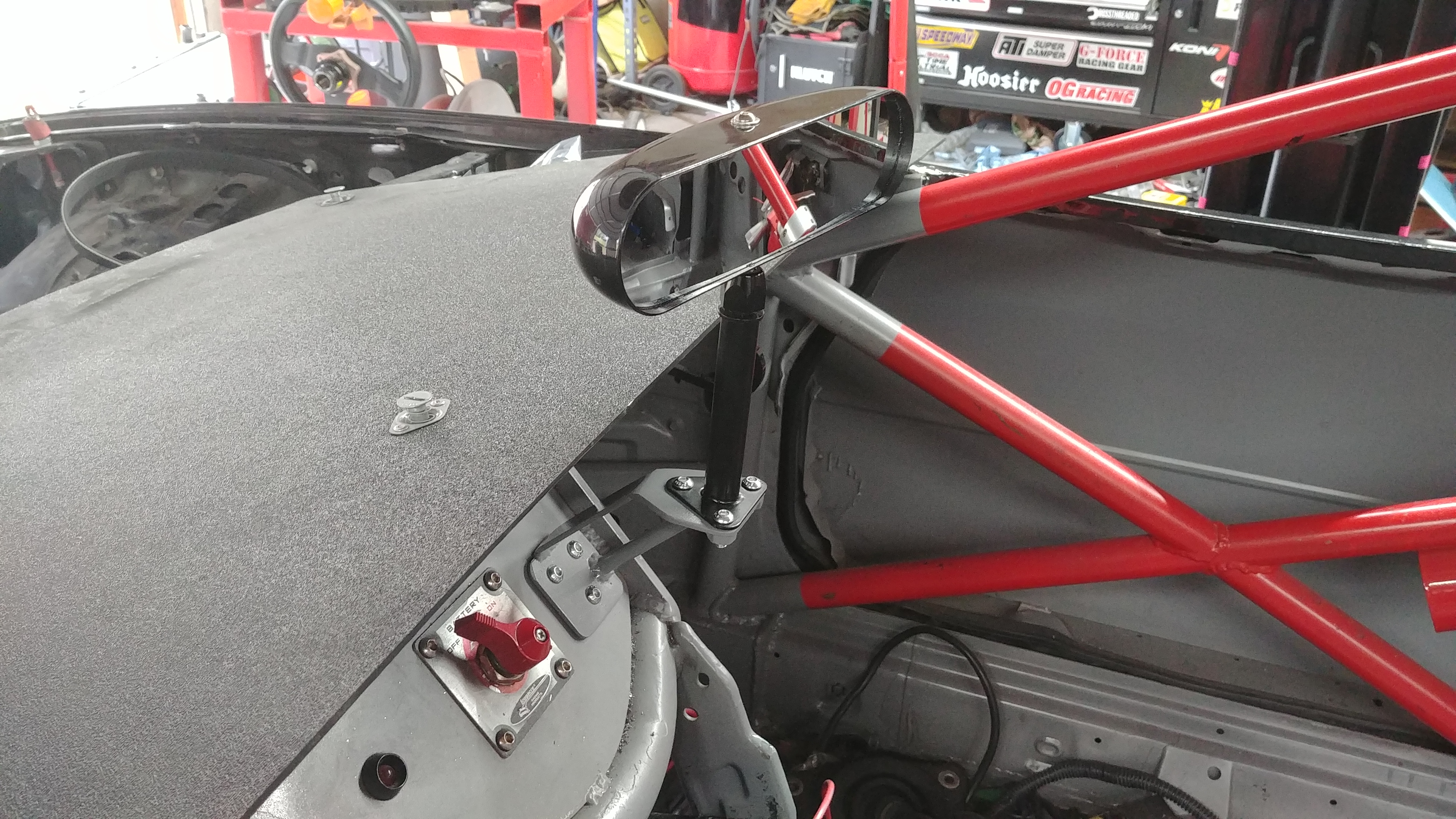 Also the 2nd element for the wang came in 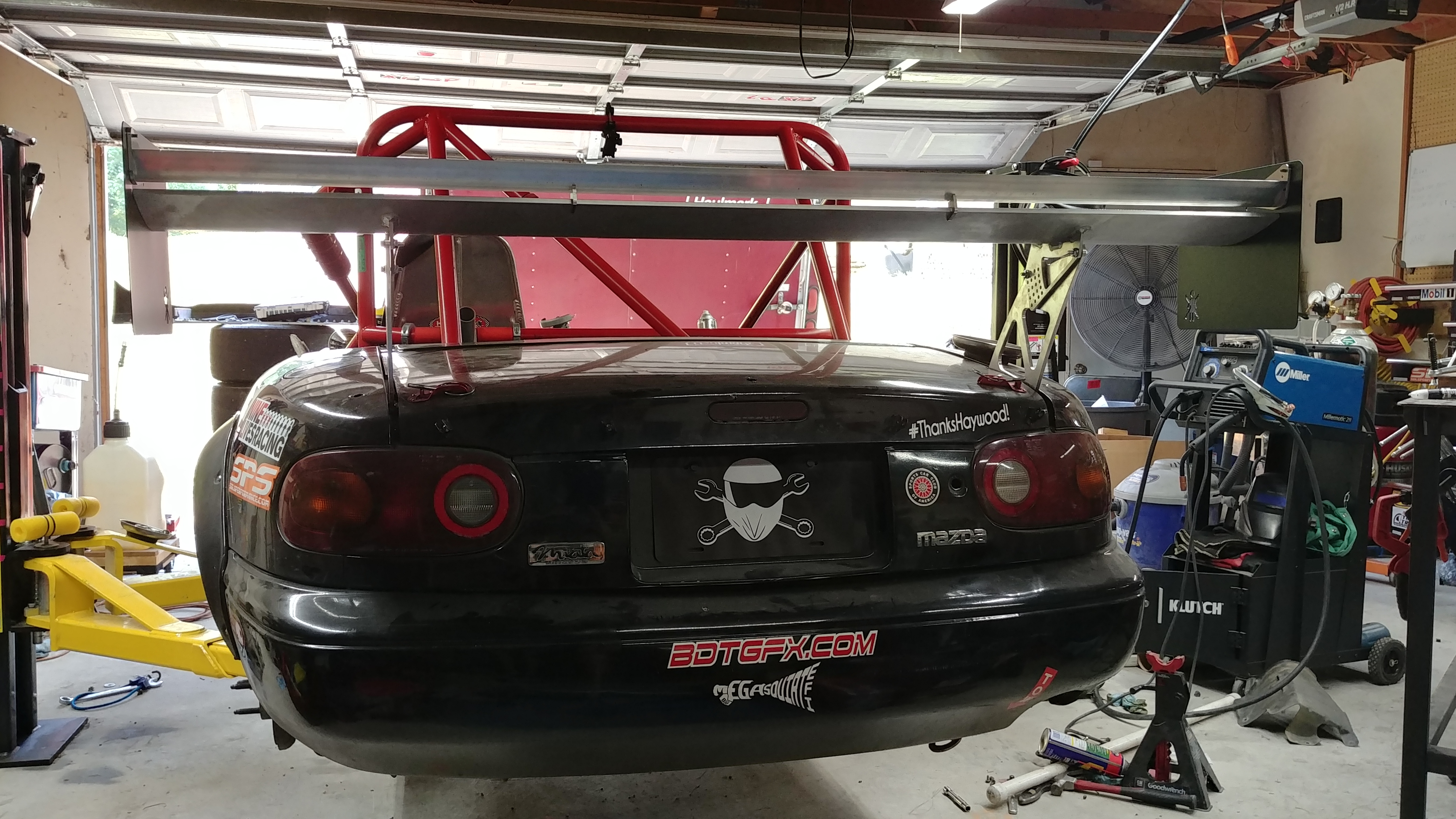 Nice work Andrew, must be tough.

I added a raccoon to my front bumper Tuesday night on my way to storage. Ruined my Mazdaspeed front bumper cover, not sure where I can get another. 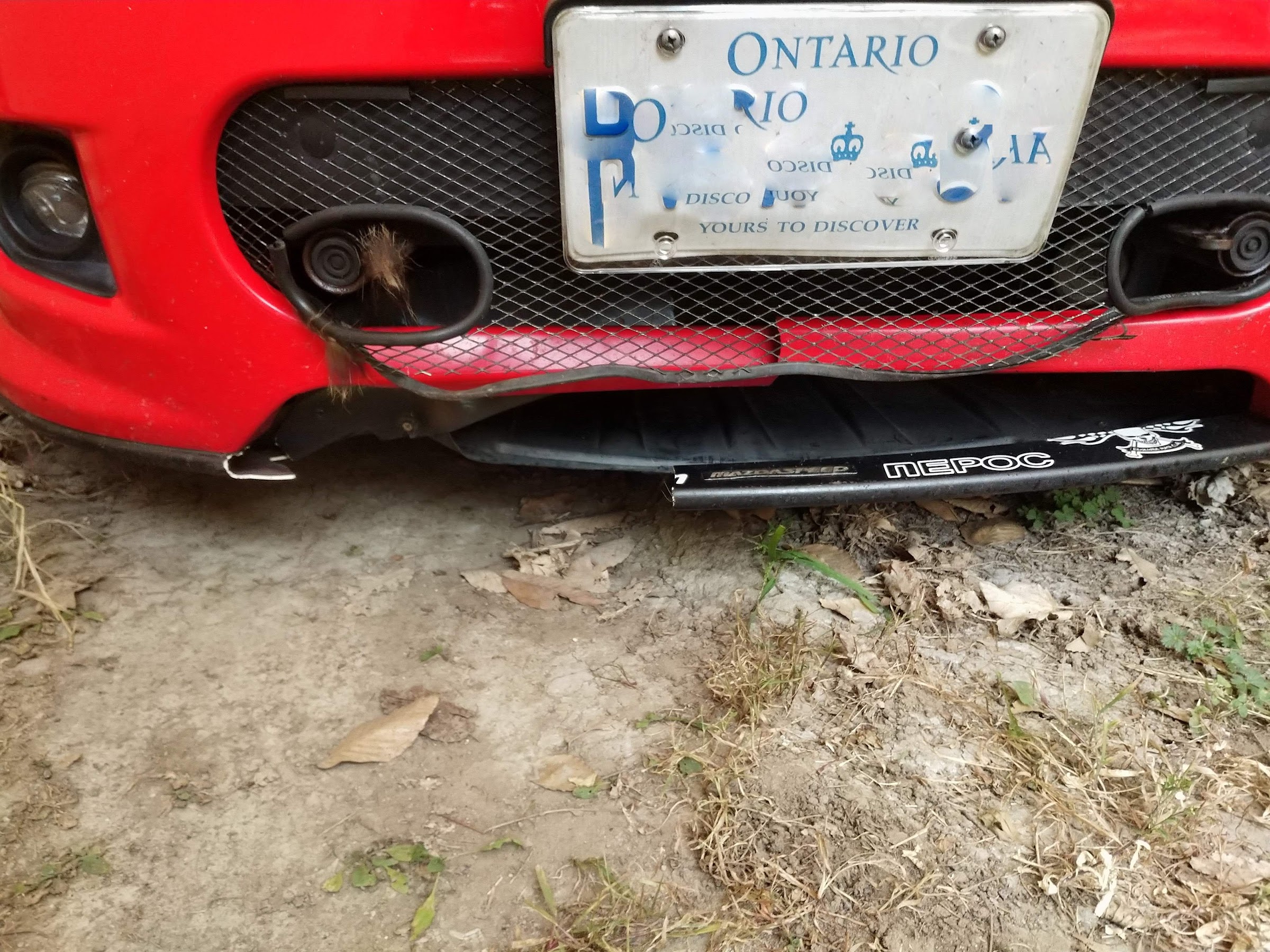 Cut a good deal of the inside flange of the cowl and wiper mount out of the way to make clearance for the ECU and various other electrical sundries that we're planning on putting up there: 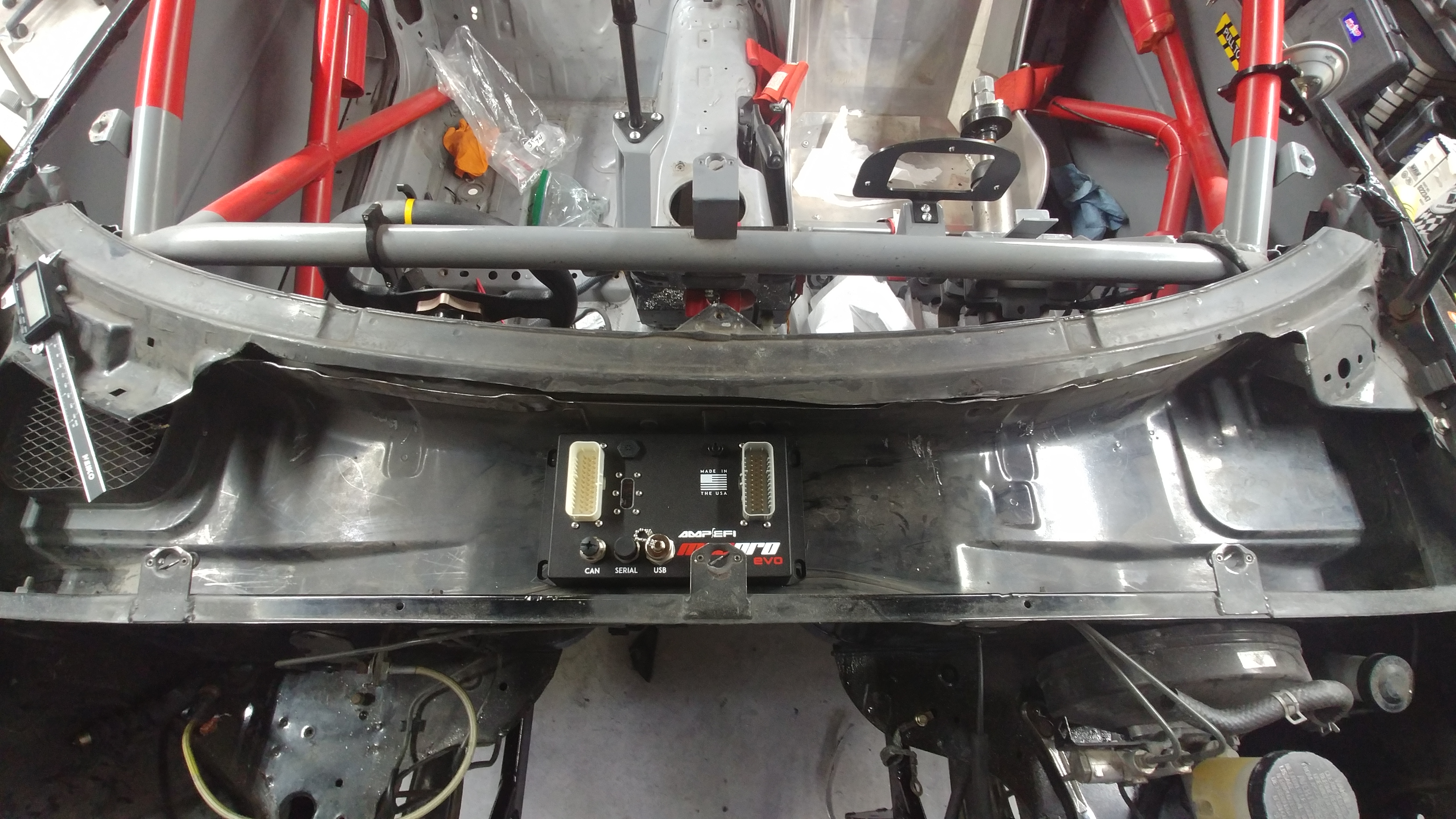 Last week I had a new EGR valve and gasket installed, she's been throwing a P0401 code for a few weeks now. Only effect I noticed was a slight decrease in MPGs. While she was under I had the leaking VC gasket replaced.

For Christmas, Santa brought me an Ultra-Gauge. I have yet to play around with it and set it up.
C

Finally back home. Picked up my second set of wheels and brought them home yesterday (the ones with the S-drives, my winter tires). Pulled the alternator this morning and dropped it off at a rebuilder. The place has been there for 48 years, I used them for another car's alternator maybe 30 years ago. Kind of weird in this day and age to see that sort of longevity in a business. I did some research while I was away and the symptoms I have experienced points to the alternator going bad. It will be tested, although that may not be a good indicator of the problem since it only seems to crop up after several hours driving (presumably heat related).
C

Jet lag has hit me hard the past few days so I'm a bit behind. Saturday morning I went to see a guy about a set of footwell lights. He sells these on Miata.net and is local so I figured why not? It's a very nice kit so if you think you can use more light in your cabin, get a set: 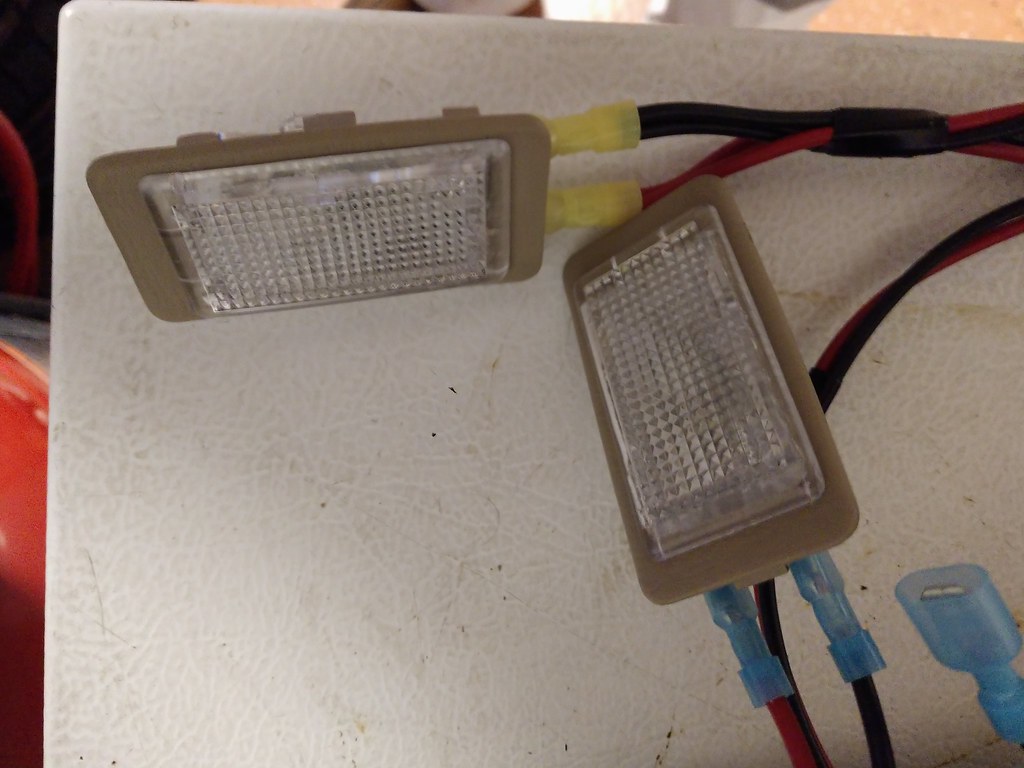 While I was on my way home I got a call from the folks who were looking at my alternator saying it was done, so I stopped in and picked it up. They said everything looked fine inside. It didn't appear the unit had been opened but it only cost me $10 so I just figured they ran a diagnostic.


Sunday morning I was out in the garage to install the alternator. Completely removed the splash guard then tried putting the alternator on with no success. Got back out from under the car and looked at the thing, it appeared that the sections were not aligned properly (see through bolt in this picture): 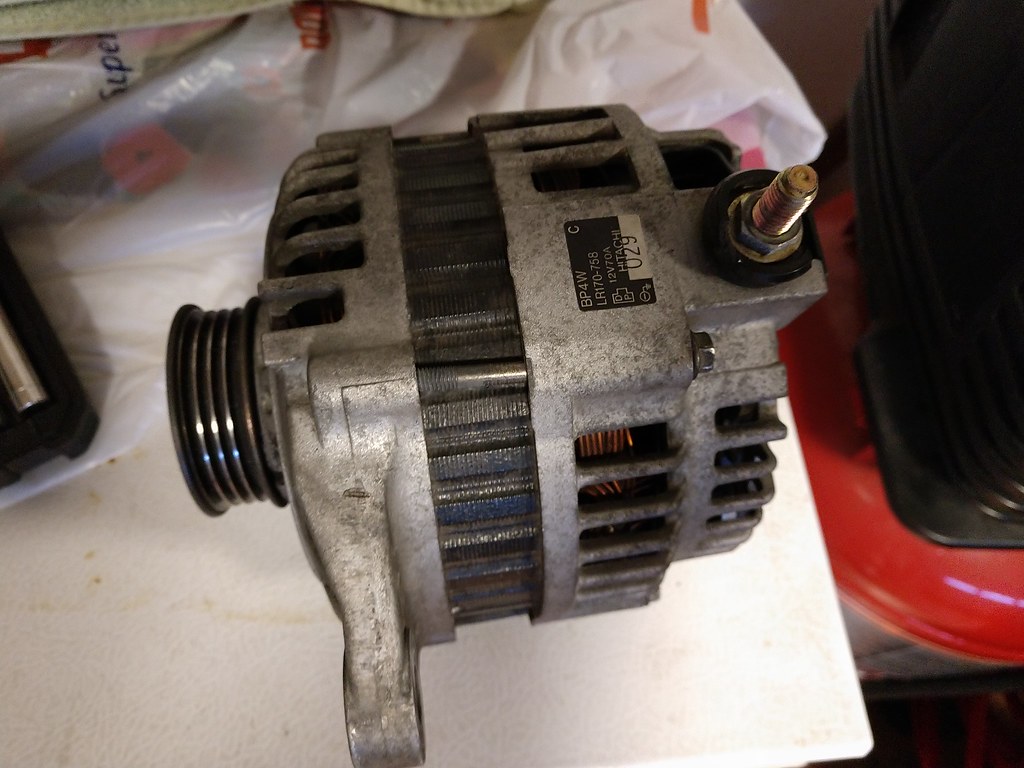 As you can see it looked like the bolt was crooked so I just figured the bolt holes were off a tad. I corrected that and then tried to put it in again. No luck the second time so came back out from under and had another look. That was when I noticed the threaded hole for the pivot bolt was not lined up with the hole on the back side. Whoever assembled the alternator put the two parts together 180 degrees off. After some choice words i removed the four through bolts and then tapped the parts into proper alignment. Once that was done it went in right away. I was pissed so didn't take any pictures of the bad assembly.


After doing some cleaning on the bottom of the engine below the supercharger and putting the splash guard back on I put the other wheels with the S-drives on. The battery was dead since the car wasn't started while I was gone so that went on the charger. Today I finally got her started and went for a drive. It was short but sweet.
C

Went to take a drive yesterday but the battery was pretty flat. Looks like I need to do some testing for a parasitic drain.

These showed up today: 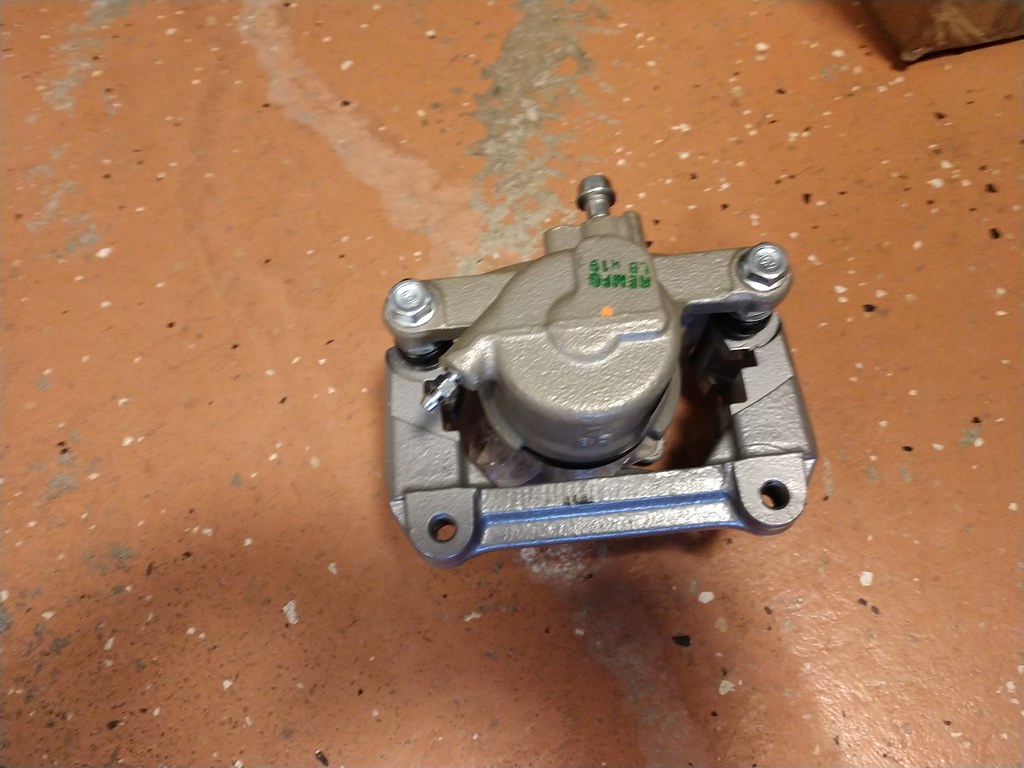 Sport brake calipers. After talking to a few folks I figured this was my best and cheapest route to larger brakes without having to sacrifice my wheels. None of the breaker vendors I spoke to had any on hand so I just went with the easy button and ordered overhauled calipers from Rock Auto. Spent a bit extra and got the coated ones. Still need to order a master cylinder and decide on the rotors and pads I want to run.
You must log in or register to reply here.