I’ve just put a new muffler on the car with a tip. Thrush turbo with stock piping and vibrant 3.5” tip. I wanted a borla but practically nothing fit at all. Took forever to find a small muffler that wasn’t the autoexe one that was made for it. Hard to stomach the $600ish price. So my next question is, is it possible to turbocharge my car? I would live the extra power. Don’t wanna run too much boost just enough for 20-40hp. Just want some extra “go”. Possible?
C

I don't see why you couldn't

Anything is possible I suppose. Best bet is to see if this particular engine came as a Turbo Charged version in some other application. Then go search for info in that direction and hunt down the parts you need.
S

You can turbo anything. Lots for you to google and read on Internet. It will be expensive and you get bonus cost to add beefier torque converter that manual owners don’t have/need. In short, Fuggedaboutit...

July 12 is D-day for the install. Tell me if you think I'm forgetting something. Or just chime in with questions or comments.

Totally doable. The 2.5 in the Mz5 is a bored out version of the 2.3 which was used in the Mz3 since 2004, and plenty of people turbocharged those motors, though the general consensus is it was easier to turbo the 2.0 for reasons I don’t recall and probably couldn’t really explain if I did.

Car and driver did a mazdaspeed 3 2.3 DISI motor swap into a ‘09 1st gen Mz5 about 10 years ago. It ended up being a huge amount of work because the electrical architecture was so different (5 used a BCM, speed3 used a PJB). As for actually installing apparently the motor mated up with the engine bay just fine. They had some difficulty with the larger brake booster and had to make some minor modifications to fit the radiator/intercooler. The track times weren’t impressive, but it did have more oompf than the stock motor. Both the project and donor cars were donated by Mazda. 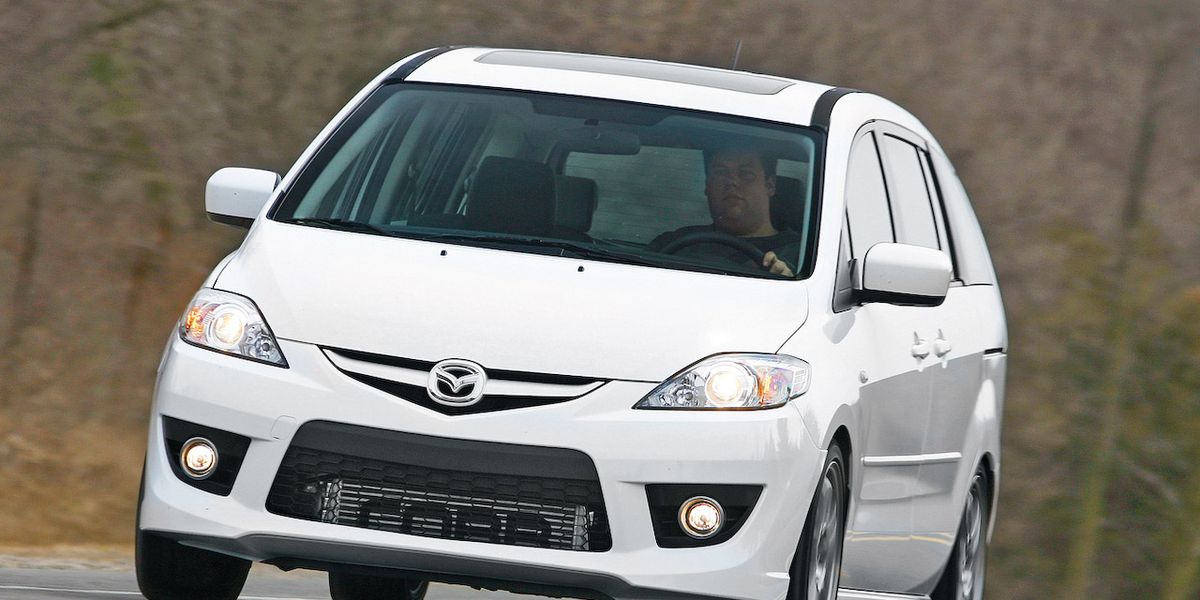 Return of the Boss Wagon: Mazdaspeed 5

Boss Wagon VI: How a simple engine swap transformed a Mazda 5 into a "Mazdaspeed 5," and whether that was a good idea to begin with.

20lbs of boost isn’t very much, so most of your motor would probably be fine with that. When you start going for max power the amount of money and work going into the car will quickly climb. You’re already feeling the hit of $600 for a muffler, so this type of mod might not be for you. There are people with $20k+ into motor mods going for big power.
Please log in or register to reply here.