Administrator
Unfortunately I didn't have time to stop but I spotted a CX-30 at a Mazda Dealer in Kobe yesterday. It was at night and the headlights were on...Although I was concerned about how the plastic cladding would appear in the "wild", I must admit I didn't really notice it...First impressions are really good!

The side profile seems quite attractive, it appeared to be a dark metallic color...Seems like the CX-8 version of the CX-3...A longer and sleeker CX-3 in effect.

I would not be surprised if it sells well...I sure hope to see more of them on the road!

I hope it sells well in Asia too. Hard to say how it will be received here, everyone seems to focus on the gratuitous plastic cladding, making it less likely to be considered as a competitive option based on first impressions/looks alone.

Have you noticed any auto trends in Japan? Are they as SUV-crazy there as we are in North America?

Administrator
SUVs and Crossovers seem to dominate here too...I see quite a few CX-8s even though it's a large model for Japan. That said, I think family vans are still fairly popular.

I've got a good feeling about the CX-30, it could be just the right size for a lot of people. It definitely caught my eye, I noticed it right away even though I just glanced at the Dealer. I'm looking forward to seeing them in the "wild".
C

The styling looks good. I rather like the wide black cladding around the wheel wells and along the bottom of the doors and fenders. It should also help in preventing dings. The chrome trim around the bottom of the door windows conflicts with the blacked out trim though. Hopefully, a CX-30 will be on display at the February 2020 Chicago Auto Show so we can see it in person.
M

I like the black cladding too. This is what the CX-3 wanted to be. I want to see one. I doubt if it will be at the Baltimore Auto Show. Mazda wasn't there at all this year. Lately it's just been a big dealer convention. I may need to go down to the Washington DC show in January. Does anyone know how to find out if they would have one there once the date gets closer?

mddriver said:
I like the black cladding too. This is what the CX-3 wanted to be. I want to see one. I doubt if it will be at the Baltimore Auto Show. Mazda wasn't there at all this year. Lately it's just been a big dealer convention. I may need to go down to the Washington DC show in January. Does anyone know how to find out if they would have one there once the date gets closer?
Click to expand...

Good question...You can try contacting the show organizers and or Mazda USA...Possibly even your local Mazda Dealers might be able to find out for you...

On another note...Update! This time with some quick pics although from a different dealer...Seeing the CX-30 up close this time, I'm still a big fan of the look, perhaps even more so now! 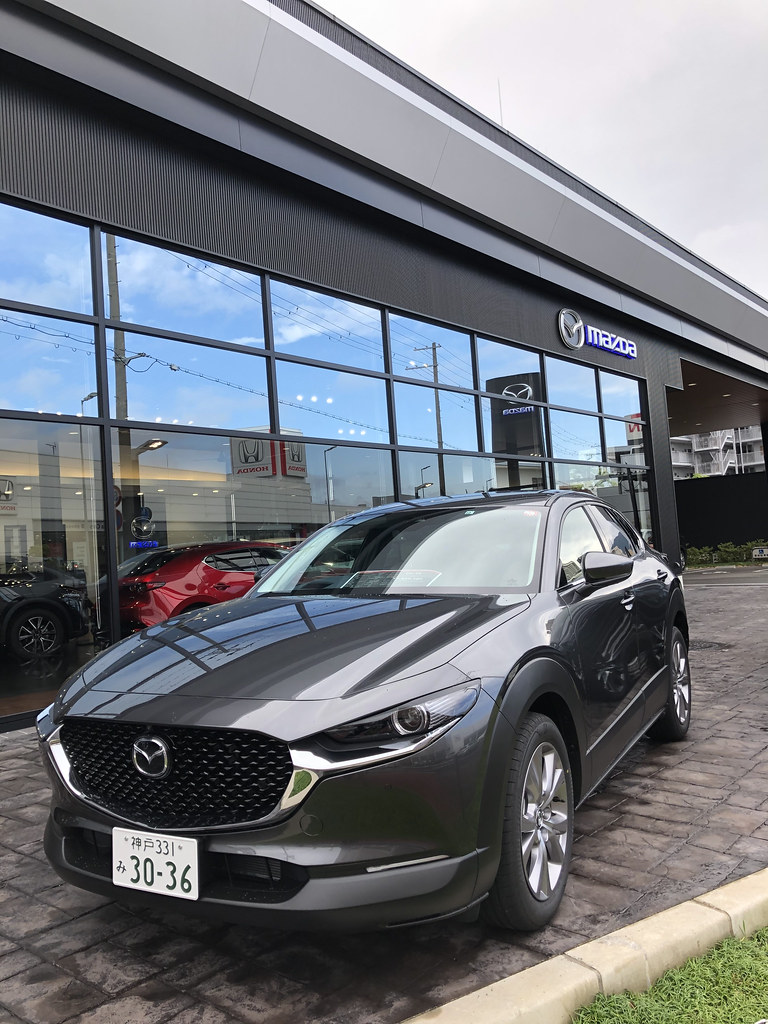 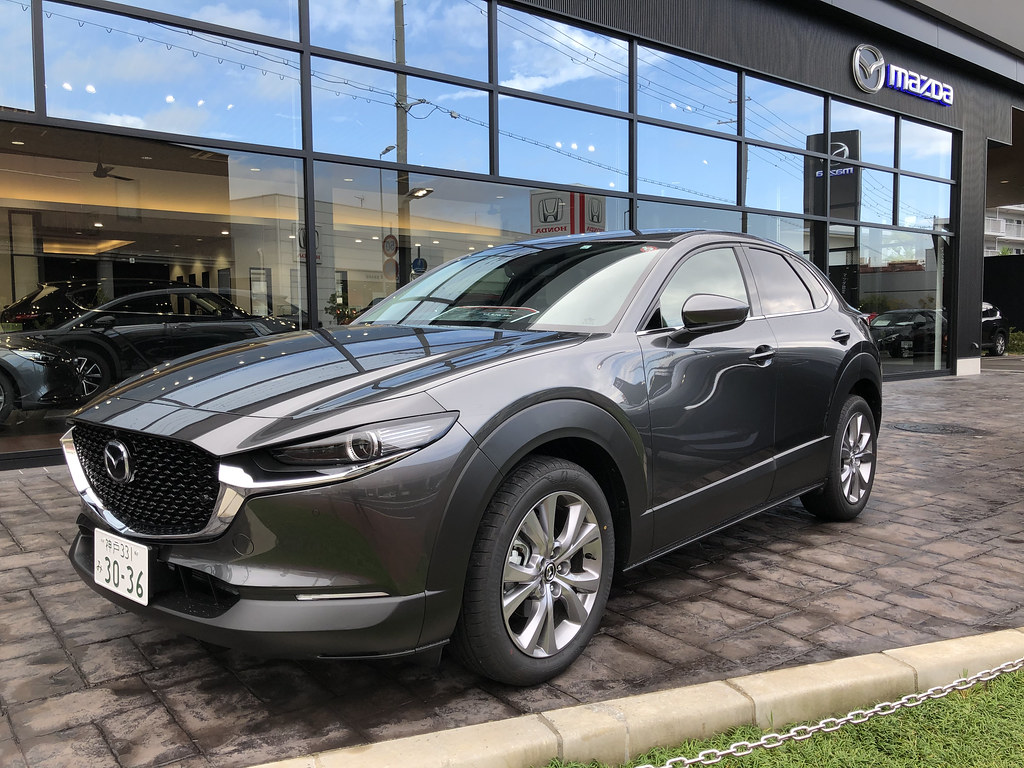 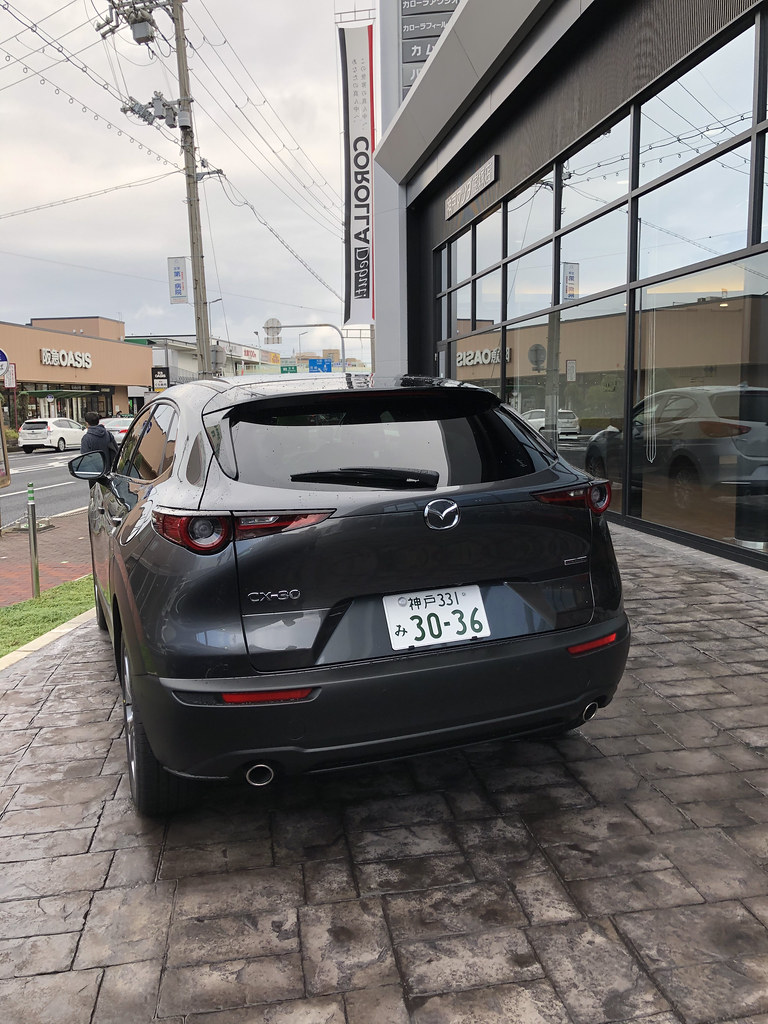 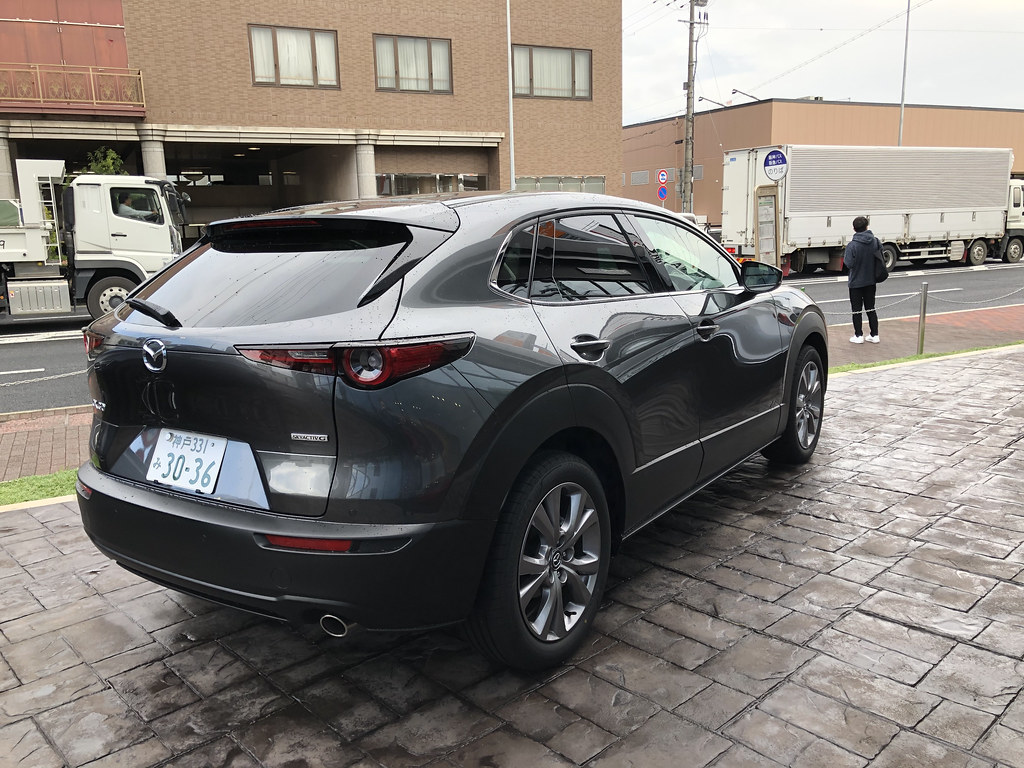 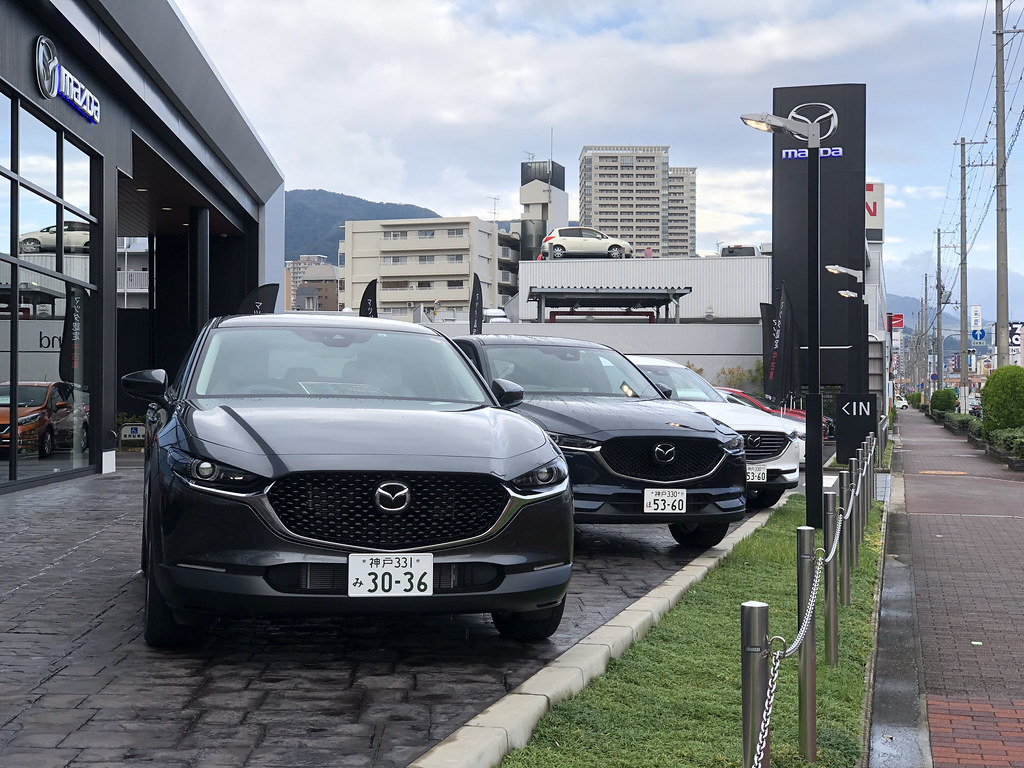 It's also possible to go see the CX-30 (in light blue/gray) at Mazda Brand Space Osaka, for those who don't want to go out of their way to go to a dealer. For how much longer, I don't know.

They got the CX-30 on full display... they have it powered up, and the sound system always going... pretty impressive for Bose
Even though it's a "CUV", I must say it deceivingly looks more like a car instead... it looks so un-SUV and car like that it actually looks good... better than the BP Mazda3, IMO... and since they share the same platform and mechanicals, there's just as much interior space as well.

Fit and finish and quality of materials is also amazing as well, as expected from a recent Mazda
This is a car worth waiting for and considering if you're in the market for a new car

Also, one of the guys at Mazda Brand Space Osaka is a former Mazda mechanic and is extremely knowledgable about cars, including car modding... he's not just any warm body or dumb salesman there, and will go through a detailed explanation of the engineering behind the various components of the car, but I don't know what his English skill level is, however

Administrator
Cool...Thanks for the heads up, I haven't been to the Mazda Brand Space Osaka yet...Great to know they have knowledgeable staff there, also great to know your thoughts on the CX-30. I've spotted a few on the road here in Kobe and expecting to see more over time...Seems like there is a lot of interest in this new model.
T

It's a nice showroom, at a decent location, which makes it great for out of town visitors... but it isn't worth the 1 hour train ride for you, unless you're in the area for business
T

pics
I really like this color, but I doubt it'll be available here... too unusual for American tastes TheMAN said:
pics
I really like this color, but I doubt it'll be available here... too unusual for American tastes

I think that is the Polymetal grey, I think it is the same thing as on the Mazda 3. In the USAm, it is available on certain trims I believe.
Please log in or register to reply here.