thats all I can think of right now Other things are in the mod list below.

I bought the car in 2011 in texas with 50k miles on it. within the first week it was tuned and had a new intake and fun parts. shortly there after I blew the engine, thankfully it was covered by warranty. the engine was replaced @52k miles. I drove the car from texas to CO (home after my training for the military) while in CO the fuel rail pressure sensor was fried. another 1000$ later I have a new motor entirely... I head to las vegas on my way to my base and all is well. from vegas I headed to pick up my new wife in fresno ca, then we went down to disneyland and back up to north of sacramento. at the time I had about 61k miles on the car. after daily driving it for about 6 months, Lowering the car and adding a FMIC,I realized my turbo had blown a seal. with a stock brand new K04 was 1000$ and I found my GTX3076r for 1300 clearly I am going to upgrade. I ended up coming into a sum of money which helped me complete the build. I added all the parts with nothing but a craftsman 154 piece tool set a 5 ton jack and 2 jack stands in the street outside of my apartment. 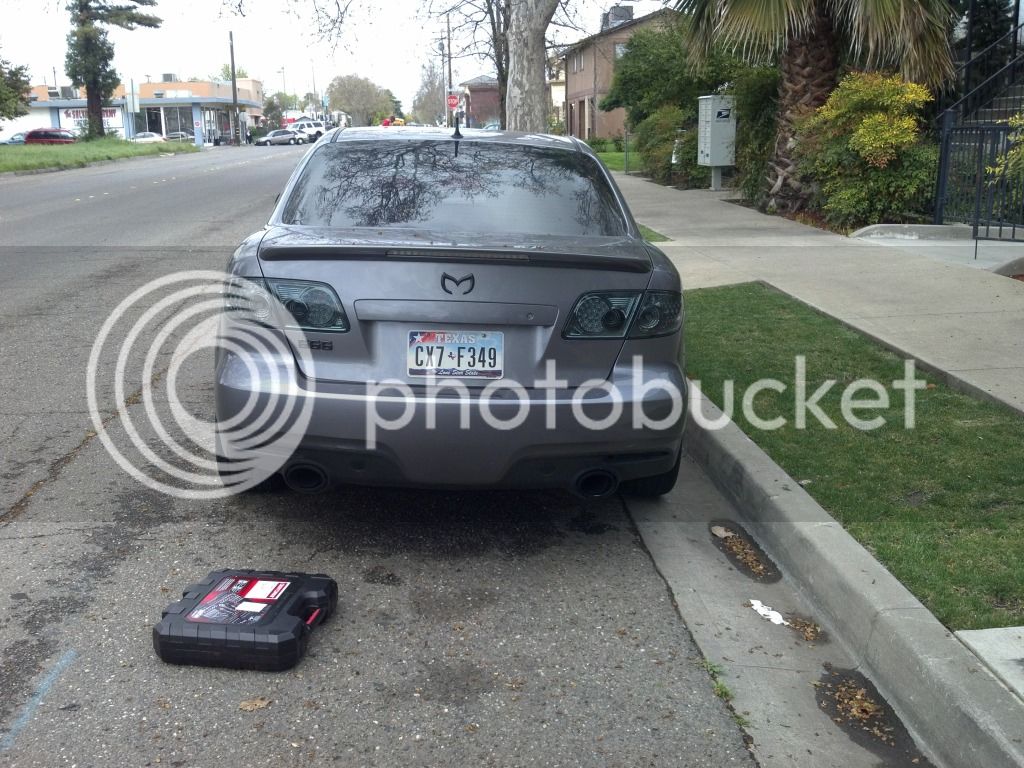 from there I drove the car a little and started to get really high coolant temps. (coolant bubble in the bottom end of the motor) ordered a new Tstat and a plethora of other parts came back from vacation started the car up all the parts ended up not being used. I went through 2 sets of wheels till I found the TSW nurburgring wheels. I tried to plastidip them but they just weren't right. so about 6 months later and alot of highway driving to and from fresno (4 or 5 trips) I decided it was time for new tires. and while the tires were off i blasted and powder coated the wheels (IN MY APARTMENT). a few months later we found out we were having a baby and needed to get a new car. we Refinanced the mazda and used the equity on a down payment for my wifes car (2010 jetta TDI) from there being on e3 military pay living in a very expensive state the mazda was parked. After a deployment I had gotten in my car and wanted to go for a very long drive, coming home to find out my springs had set and blown my struts. It was time for coil overs. I drive the car about once a week to keep it running and change the oil every 6-8 months no matter the mileage. 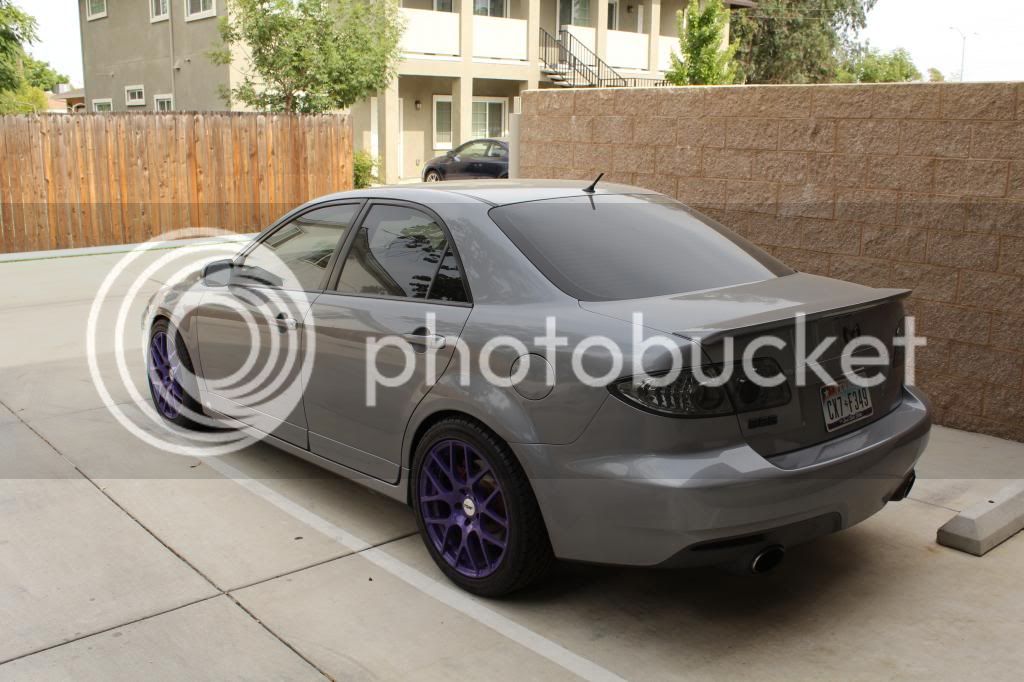 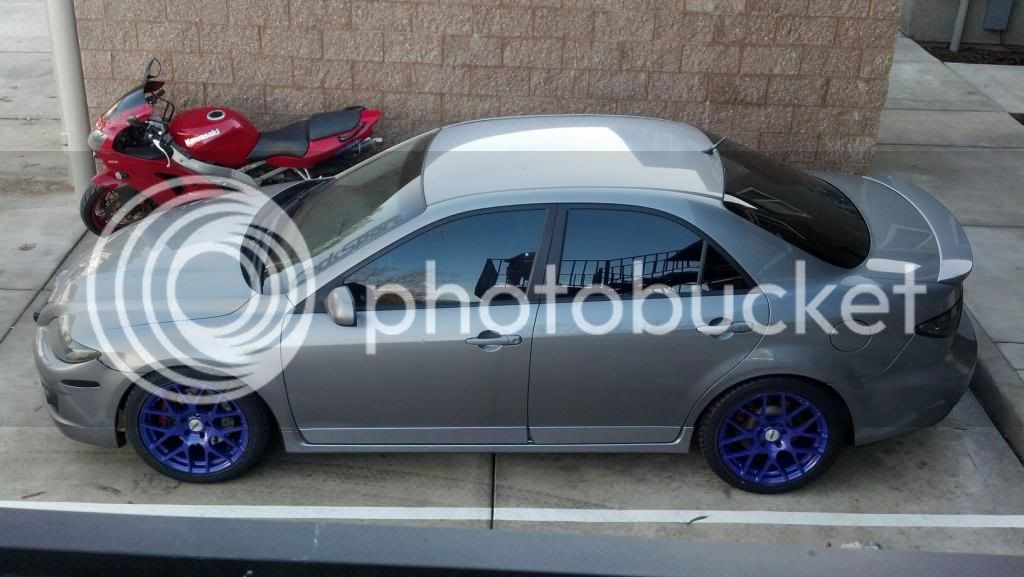 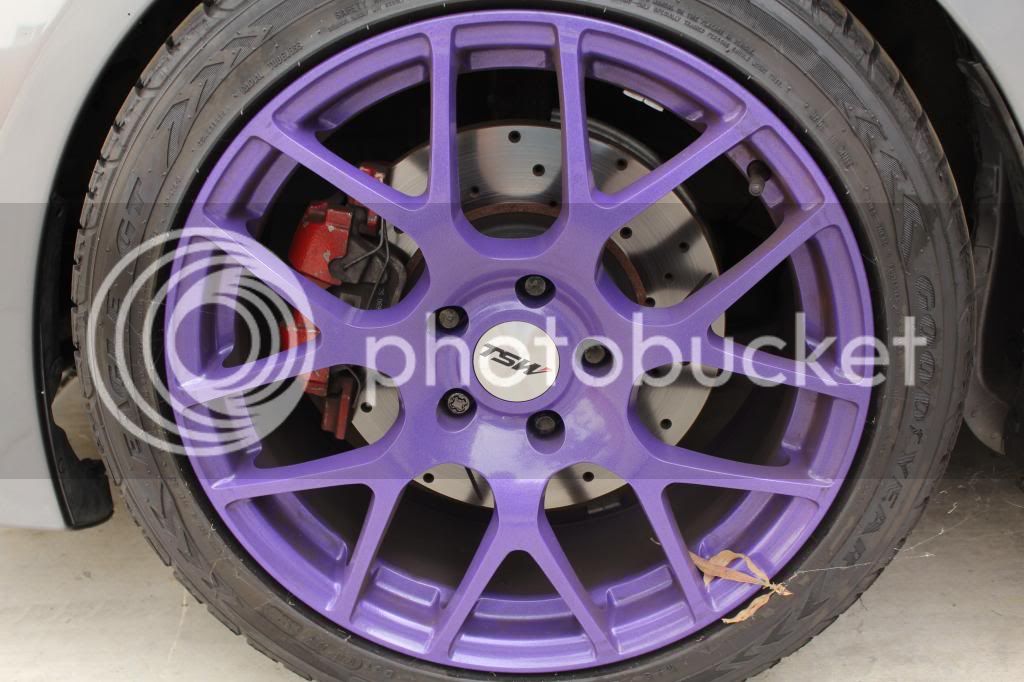 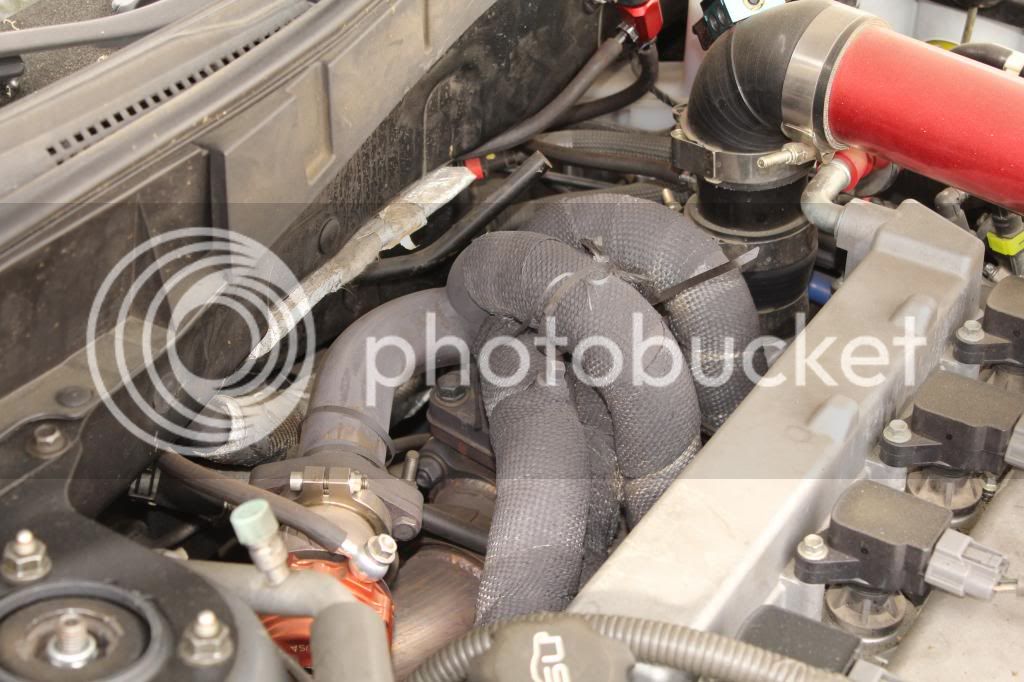 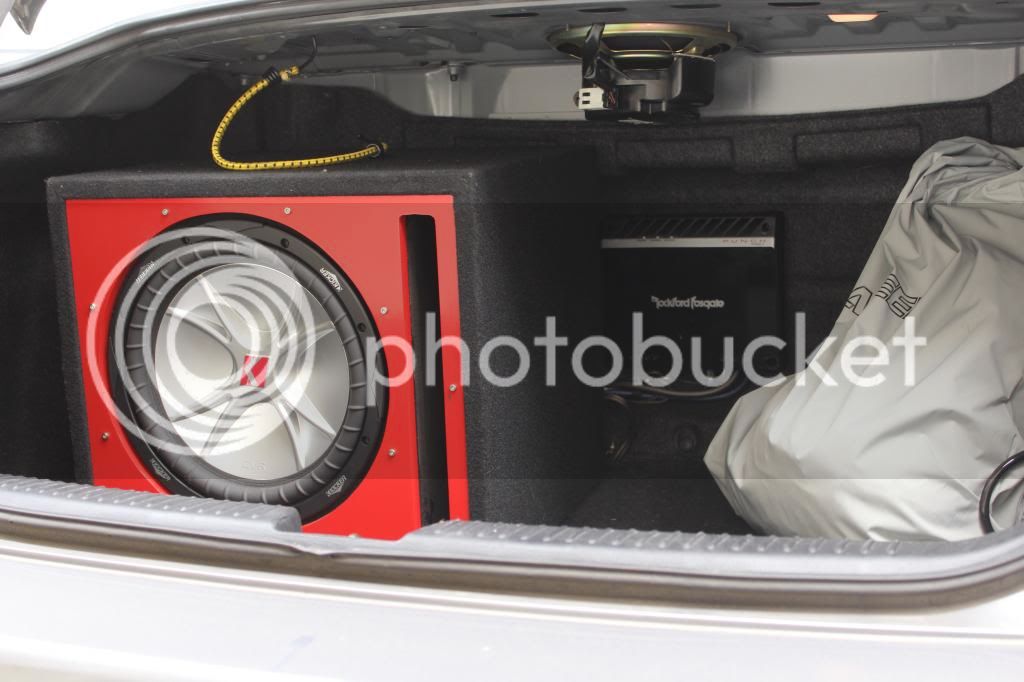 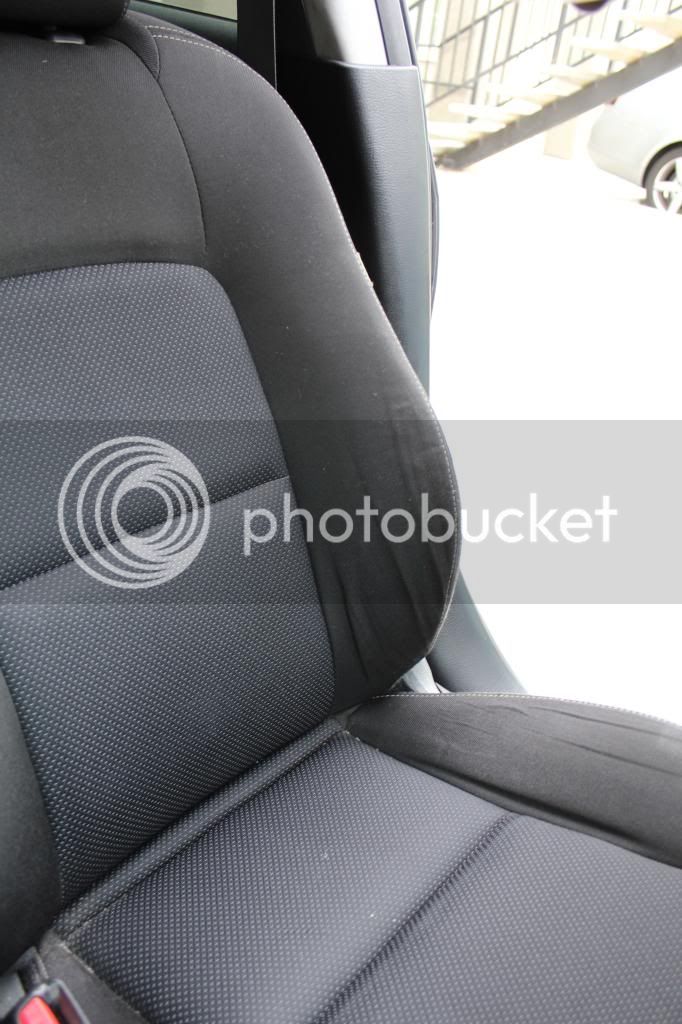 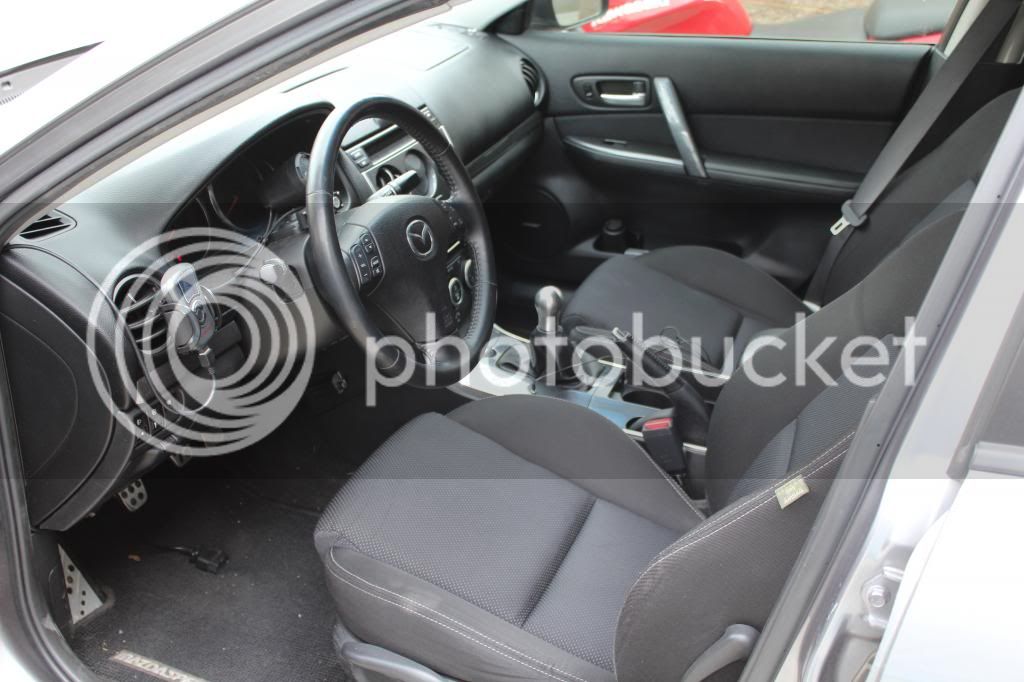 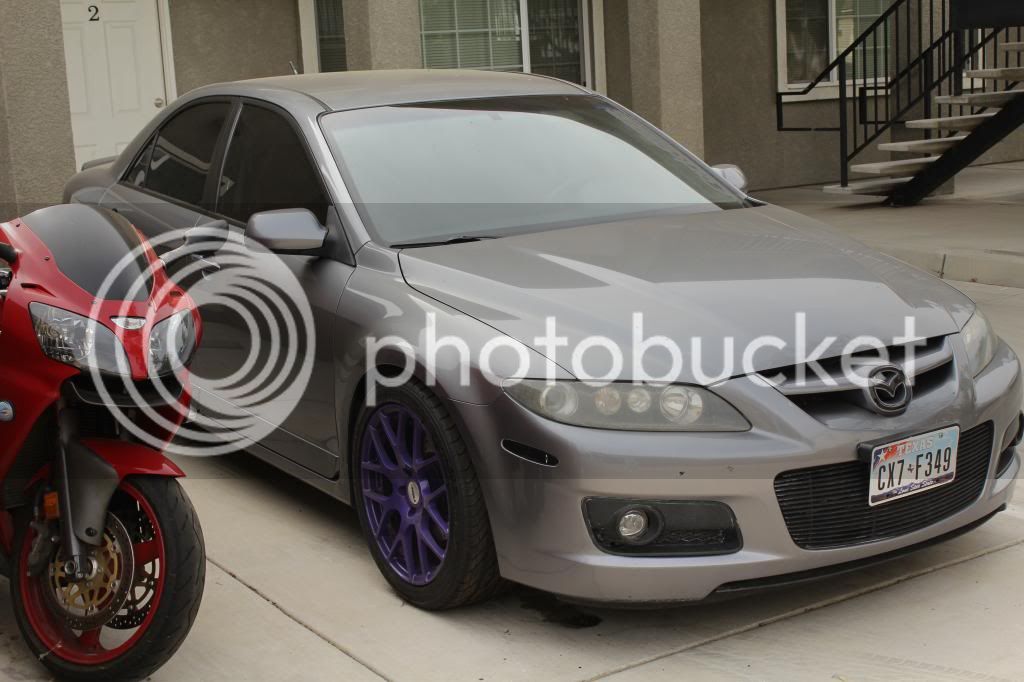 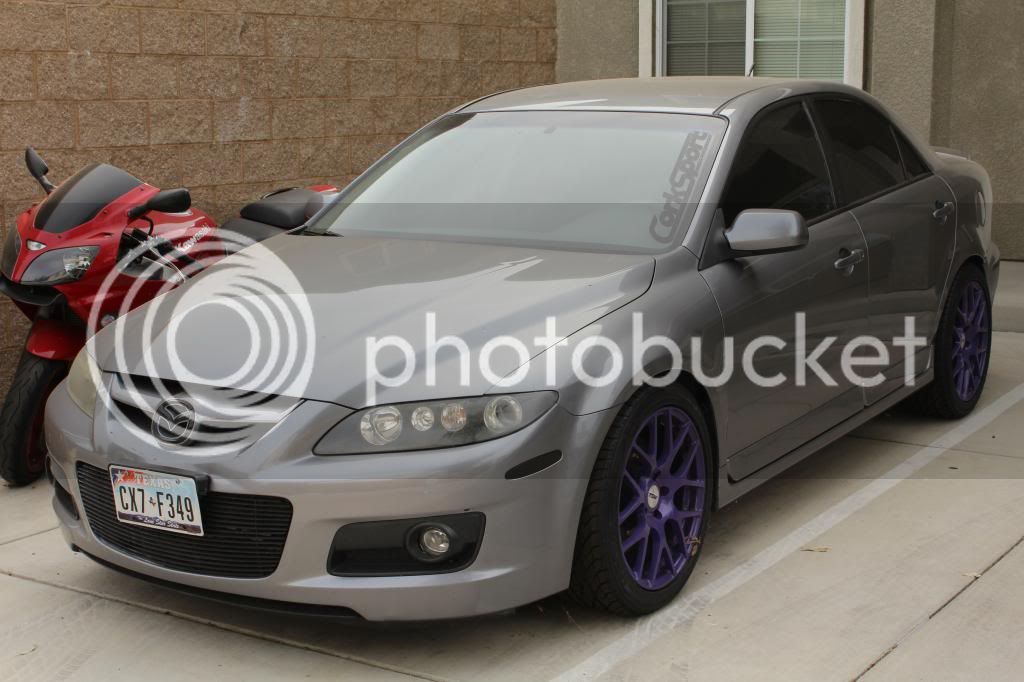 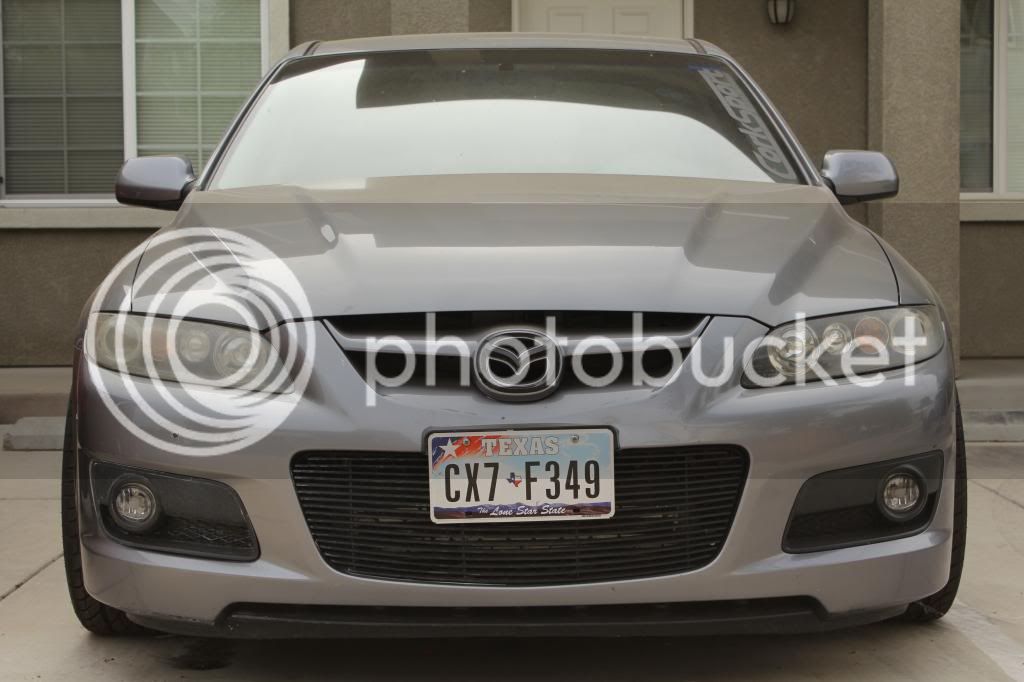 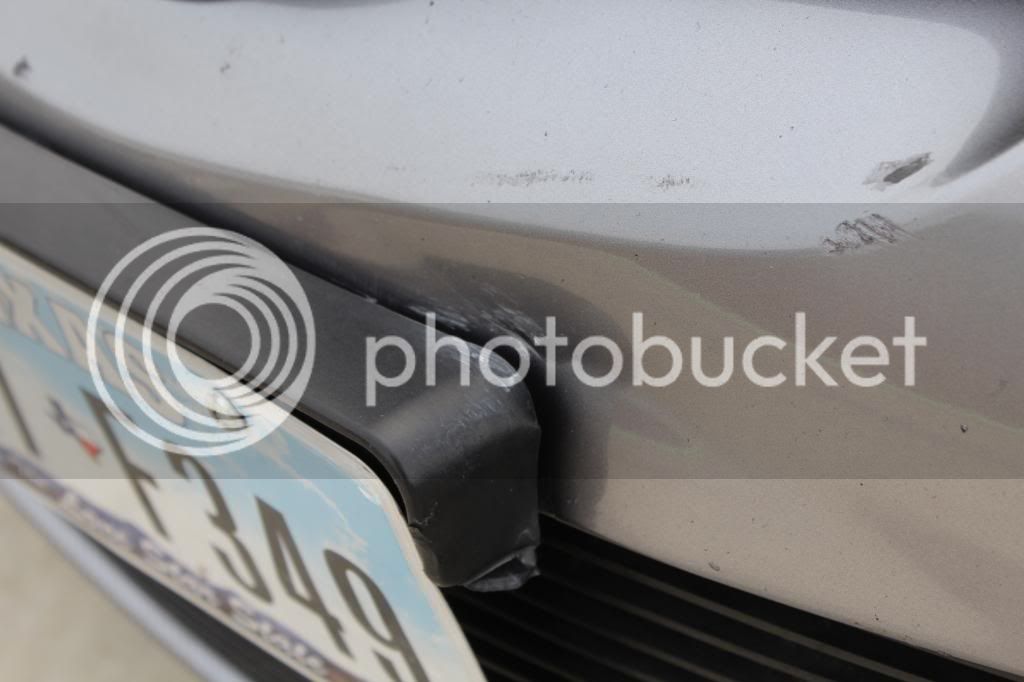 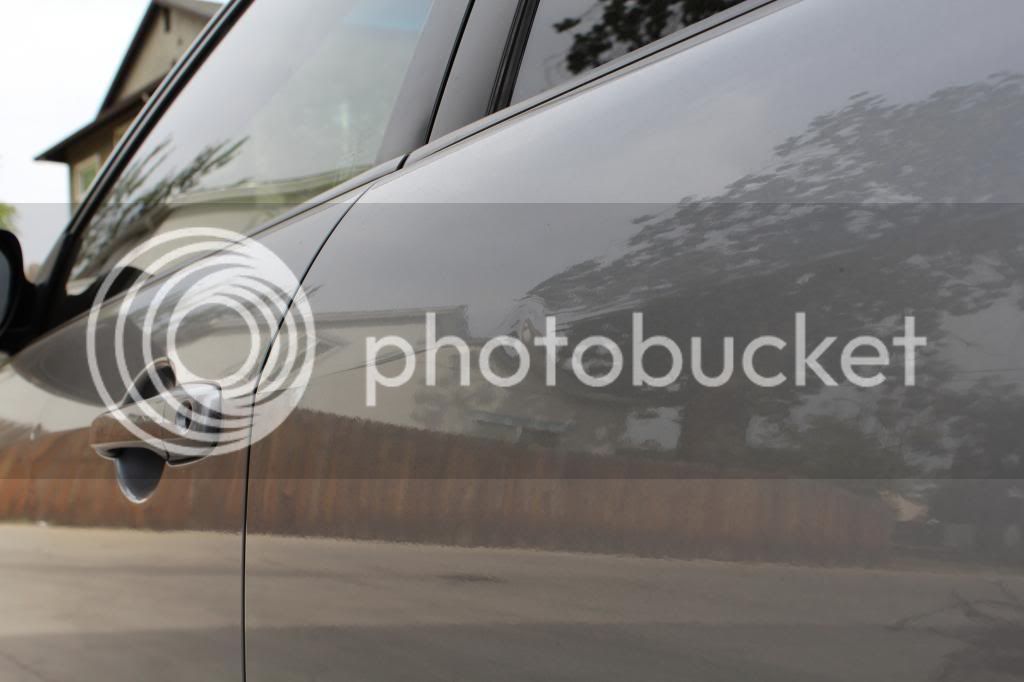 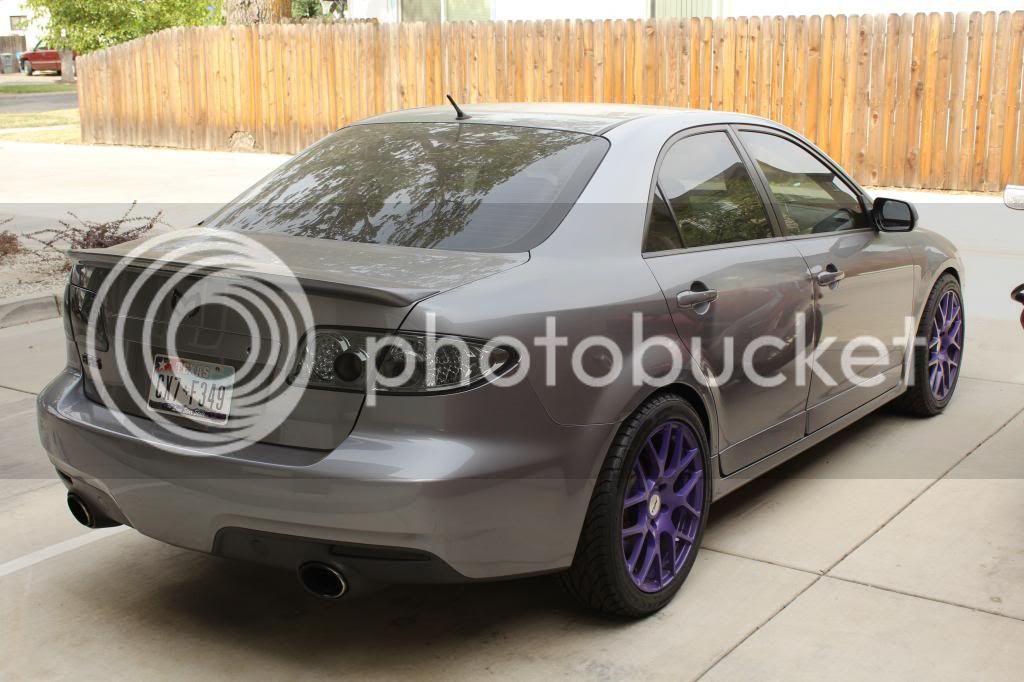 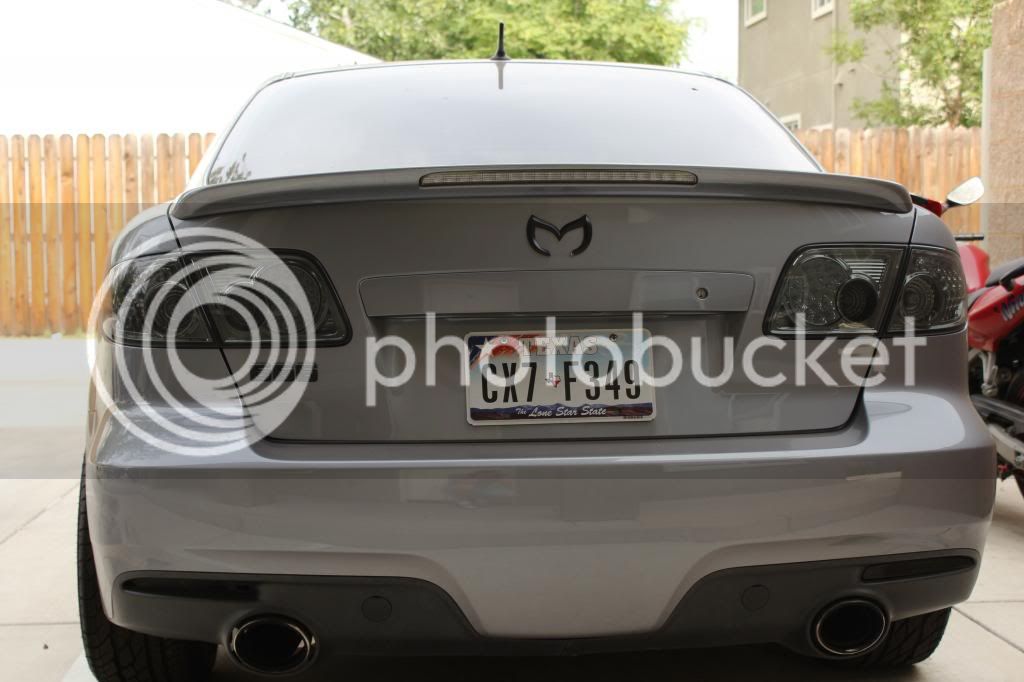 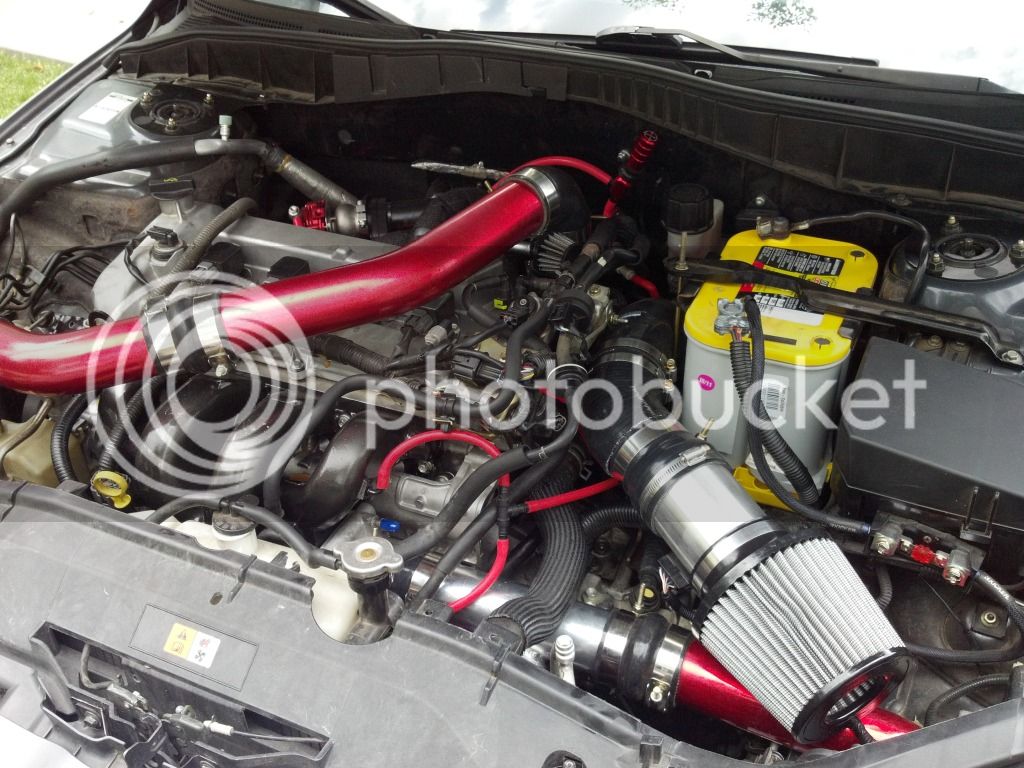 How Much I Spent On Mazda 6 Build!

B
MazdaSpeed6 by todays standards?