I picked up a 2004 MSM on Saturday, 62k miles, damn I love this car. All stock, never seen winter, overall great shape. So far I've removed a few stickers I didn't like, installed my TWM Desert Eagle Shift Knob, cleaned the K&N filter and installed an optima battery. I have a few plans for it so I'll be doing updates, already ordered the 60k miles belt kit and a Autometer Phantom boost gauge. Here are a few pics:

Prty mch lame as u cn get

got the boost gauge in today, hoping to put it in over the weekend

I knew you were still addicted to boost haha.

Love the car though
P

yeah, I'm a boost junkie... It hasn't been a week and I've gone through 3 tanks of gas... my wallet is forcing me to slow down
E

princess peach said:
yeah, I'm a boost junkie... It hasn't been a week and I've gone through 3 tanks of gas... my wallet is forcing me to slow down
Click to expand...

The wallet kills me every time
L

I'm already out, WTF? unless you're talking to Brad Pitt...

anyway, it was a productive day today:

- still waiting for the gauge pod from SUMMIT
- flushed the brake fluid, that thing was nasty. It looked like it had algae in the reservoir... no kidding. Looks a lot better now, however the brakes don't feel that different... still hard to do heel and toe since the brake pedal goes in farther than I'm used to, might have to do something about that later...
- changed the tranny fluid with Redline MT-90 and half a quart of syncro mesh, that does feel much better.
- we were unable to remove the filler bolt for the diff, Marc will help me get it out in a couple of weeks so I can replace that fluid with Redline 75-90.
- the fluid for the cllutch looks like chocolate milk... WTF? need to flush that out soon.
- finally got my registration done on Friday, the geniuses at Park didn't know Cuyahoga requires e-check so I had to take care of that.
- Metra kit arrived today but have to pick it up at the lease office next time they open, and the speakers should arrive next week so I'll be upgrading my stereo soon.
- belts will also arrive next week, not looking forward to that but it's a little overdue.
-still need to install the HIDs and replace the fog lights since one of them is out.

stock bleeders had some gunk on them

this is the fluid that was purged from the system, sucked out the rest with a pump

looks a lot better after everything was done, Willwood 570 FTW

Prty mch lame as u cn get

I dunno what kind of chocolate milk you drink...

This is the kind of chocolate milk you don't want... 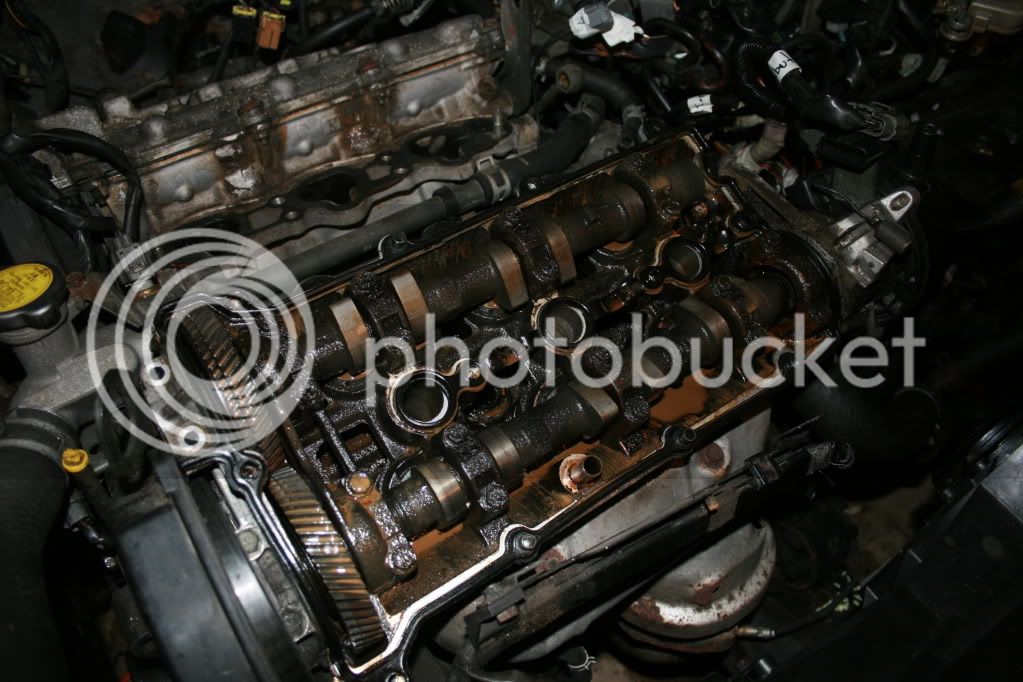 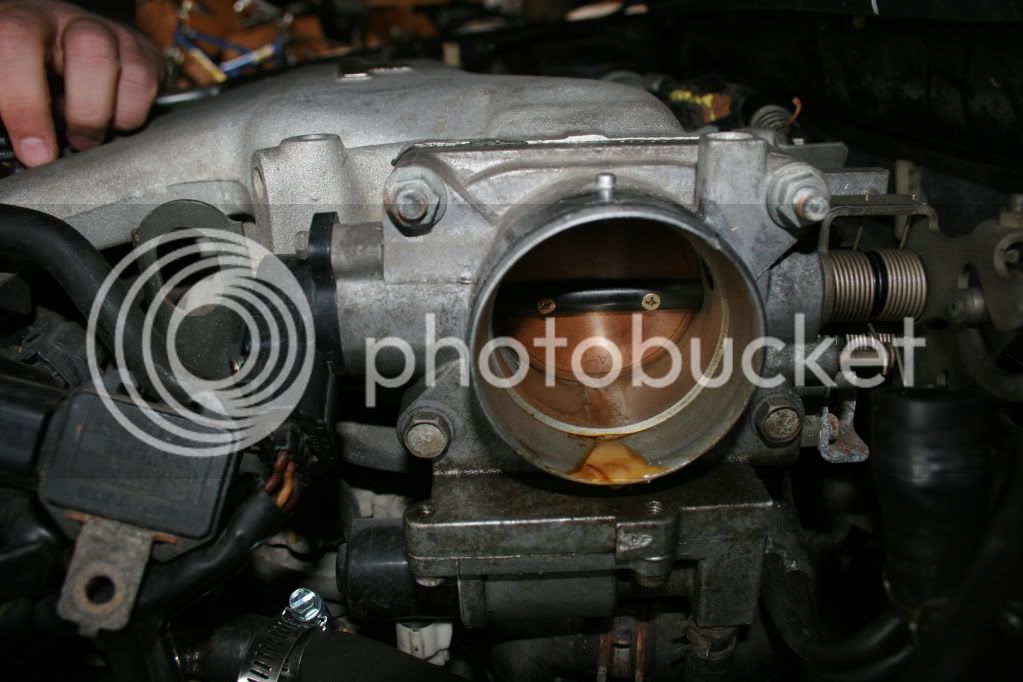 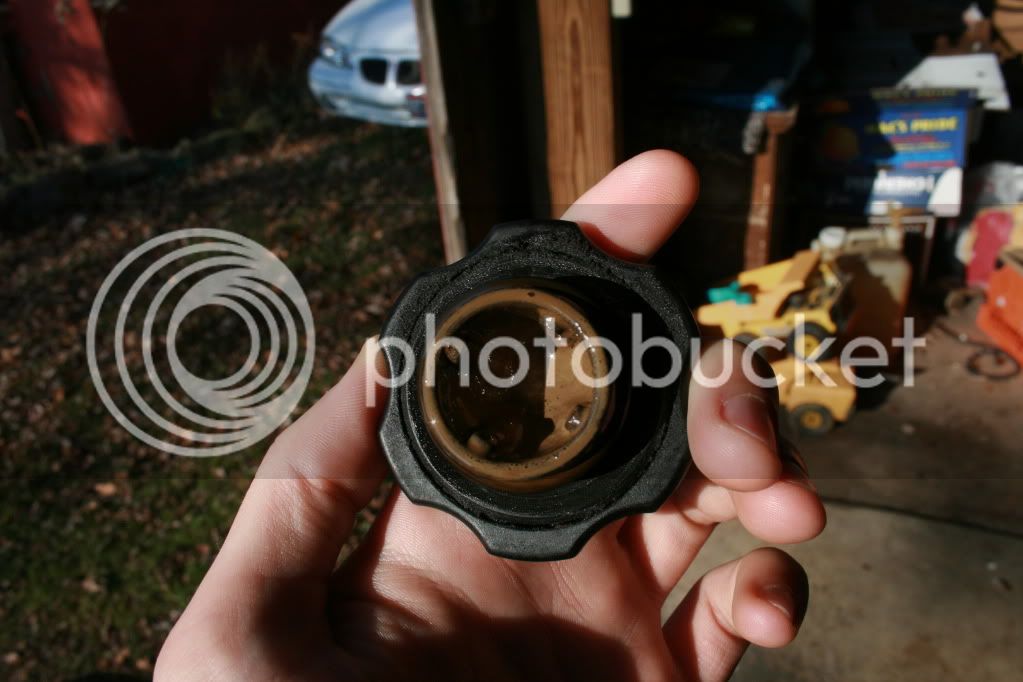 That's not too bad though. I wish I had pictures of Christy's 2.9L Bronco II that I replaced the head gaskets on. s*** looked like a jar of Hellmans exploded in the valve cover.
P

tried to install the boost gauge today and no luck, had to buy another tee cuz I broke the one that came with it, broke that one too so Evan had to use his lady hands. After making sure there were no leaks and the wiring was OK, the gauge didn't move... it seems to be bad as it reads -20 when the car is off or it's disconnected. Waiting to hear back from the supplier to exchange it...

Welcome to the club.
P

subspeed6 said:
Oh damn Pablo.... How did I miss this?

sending the boost gauge back today, hopefully will get another one back by the end of the week
P

also I got this "tool box" from Marc on Saturday, it will eventually make it into a trailer

Thanks for reminding me. I need to do my timing belt and such soon.
K

subbing! ...since i'm not going to do anything to my MSM, i might as well watch you! lol
F

but aren't the stockers from Bose anyway? lol

...this coming from a guy whom likes his music only as loud as a 12...i think on a 30 scale, dunno what the stock stereo goes up to...
Please log in or register to reply here.
Share:
Link