After two nights of after work wrenching the cam belt and water pump are replaced and (hopefully) good for another 100,000 ks. The trickiest part of the whole job was getting the new belt on in the right spot and hooking the tensioner spring back in place. Otherwise not tooooooo painful!
I

Ah, that makes sense. At first I thought they were the hard ones.. I forgot about the softer, more flimsy cutting boards. Lol. How'd the p5 do in the rally? Details!
T 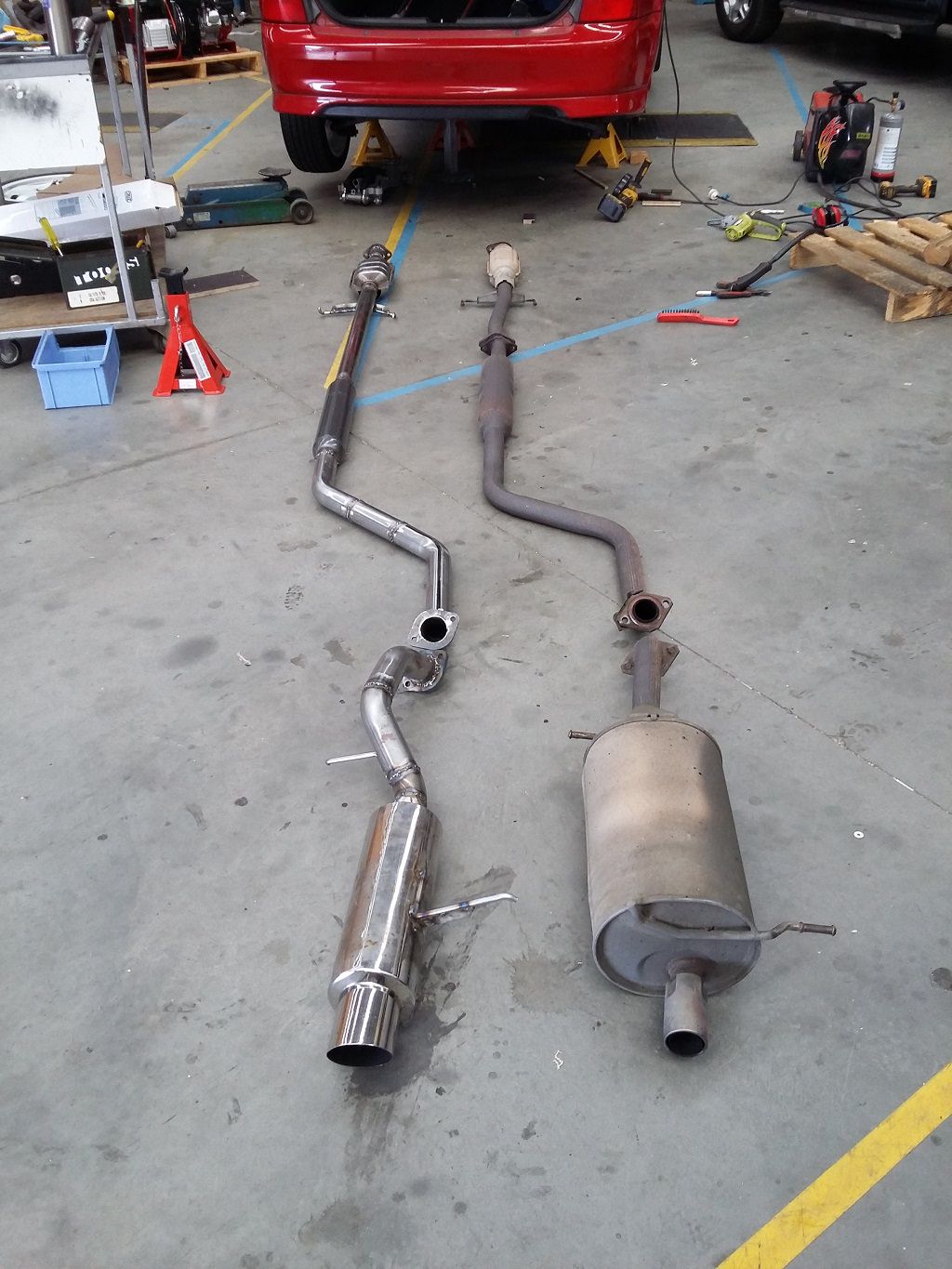 Exhaust system is installed!
2 1/4 inch all the way through, Pacemaker headers - Cat - Coby resonator - Cheap muffler from a workmate

The muffler is a little larger than what I was planning, but it was really cheap and it fits well in the SP20 bumper cutout. 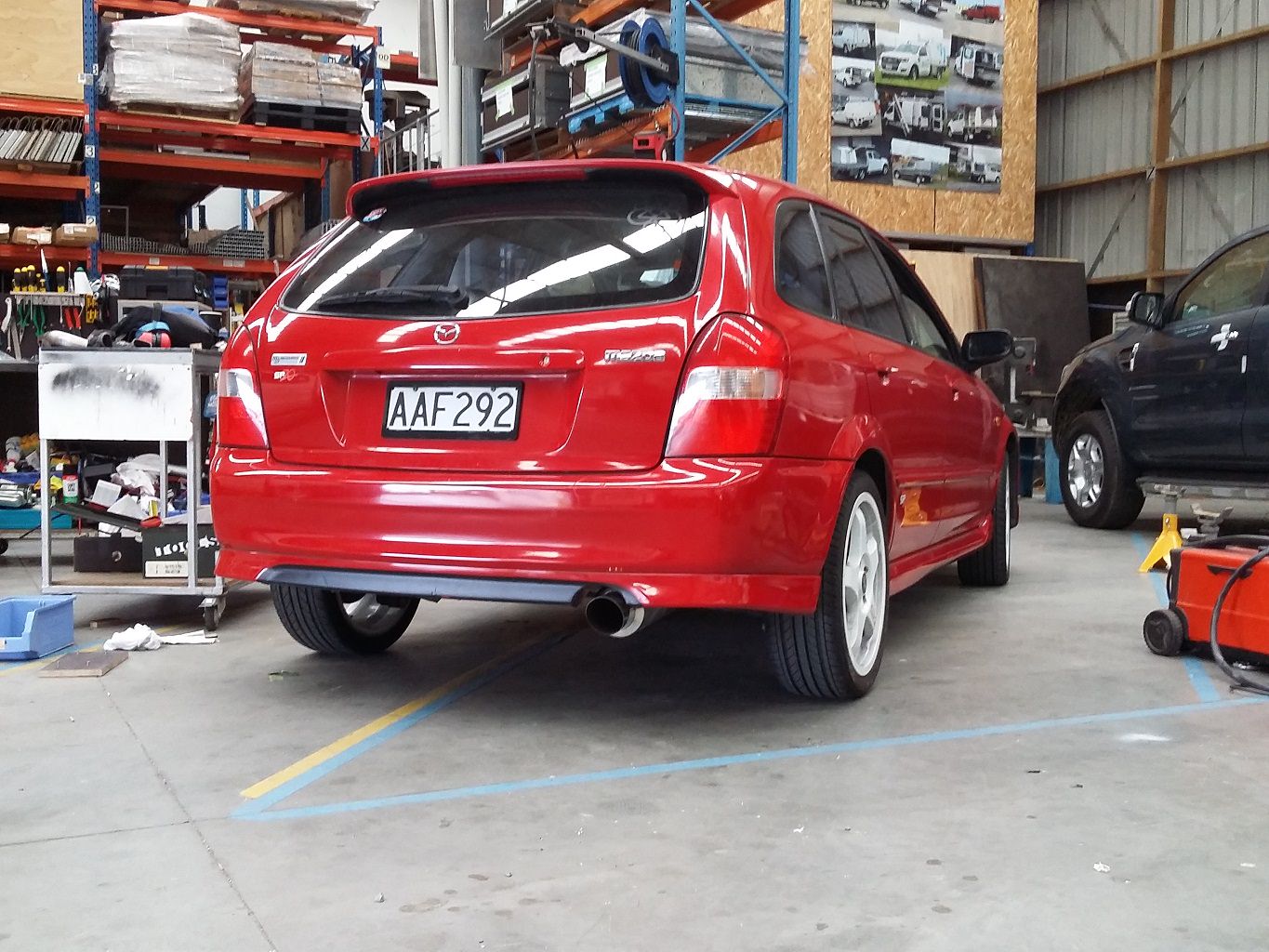 End result? Much deeper note than expected, not especially loud with a baffle in the muffler and the headers give it a nice idle. Drones a little at higher speeds and it hits on the heat shield on the petrol tank under load (Managed to massage the heat shield a little to stop this)

In other news the next Gumboot Rally is on in a few weeks and I've been preparing slowly for it, gathering props and making stickers. It's an open theme this time (Last time was a Zombie theme) so I'm making a giant R/C car! 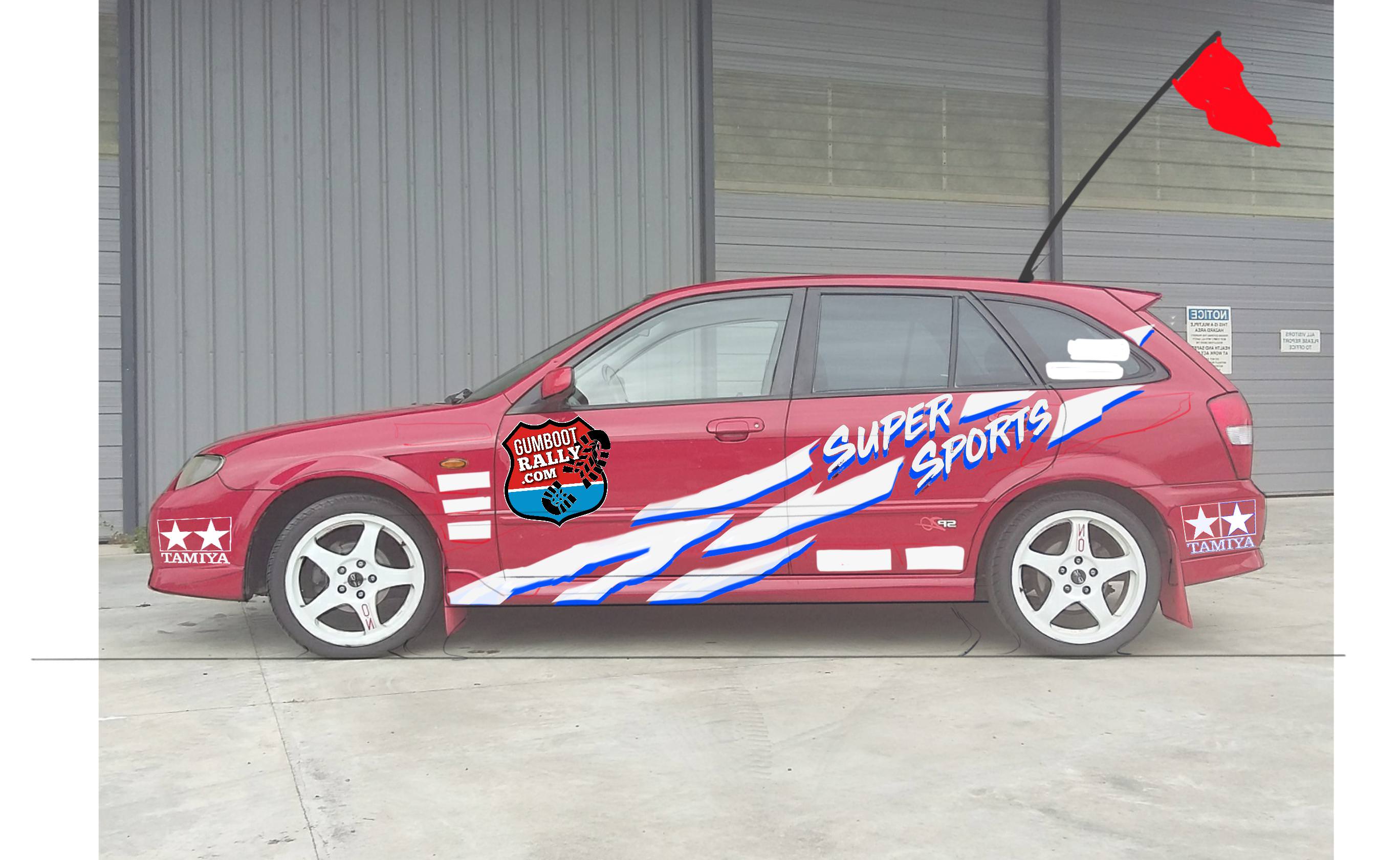 Any suggestions on how I can carry the theme further are much appreciated!
C

Last weekend was the 10th Gumboot Rally, run right here in New Zealand. I'd done the last one and it was waaay too much fun, so when the opportunity came up to do it with a workmate I jumped at it. 900Km over 2 days later and I can't wait for the next one! 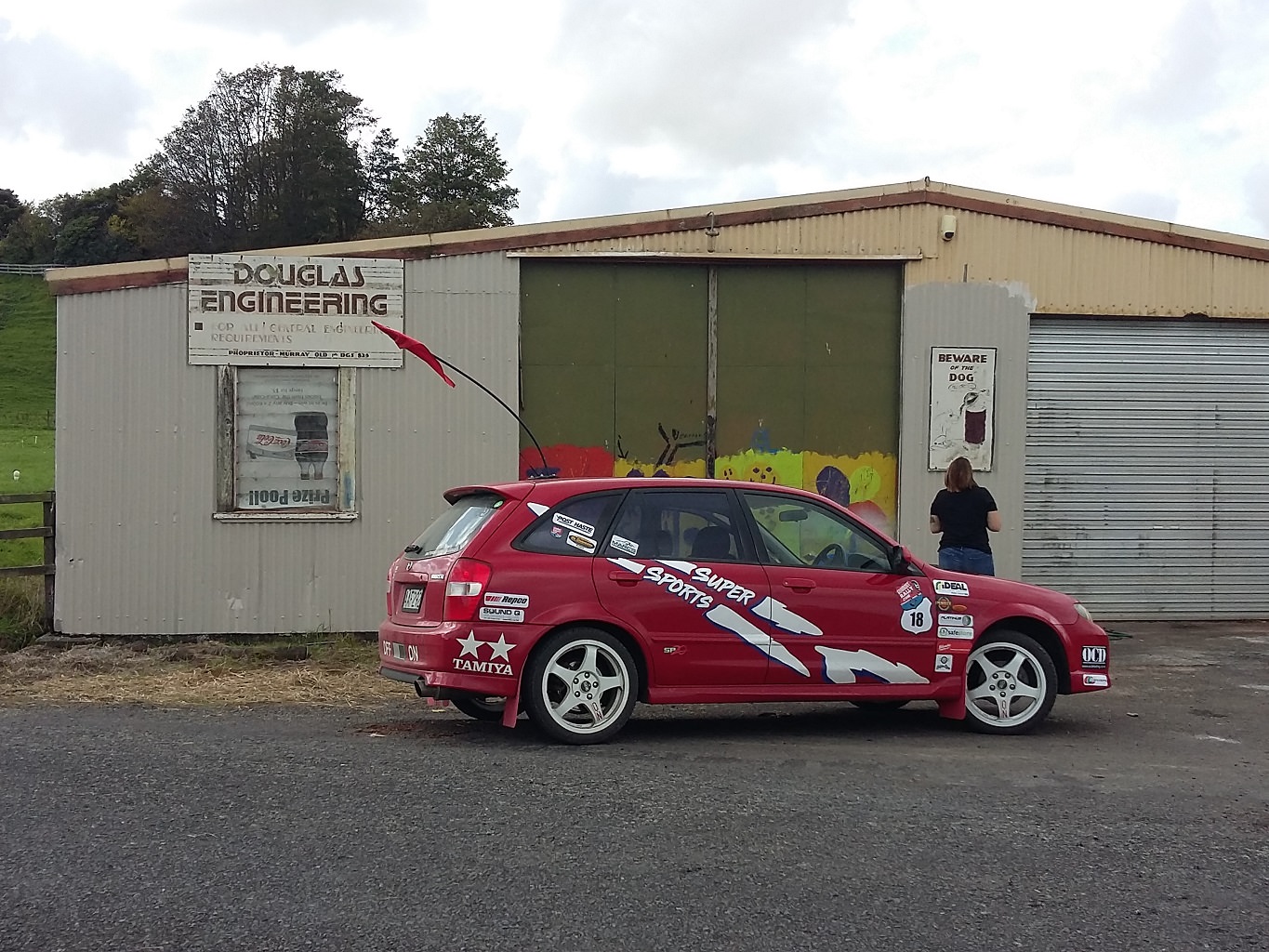 The Tamiya, Super sports stickers and the side graphics are hand cut vinyl, the sponsors stickers were shipped out 3 days(!) before the event, a late night at work got them all on with only a few bubbles. New mudflaps made from Polypropylene sheet as the old ones were completely caked in dead flies for some reason. 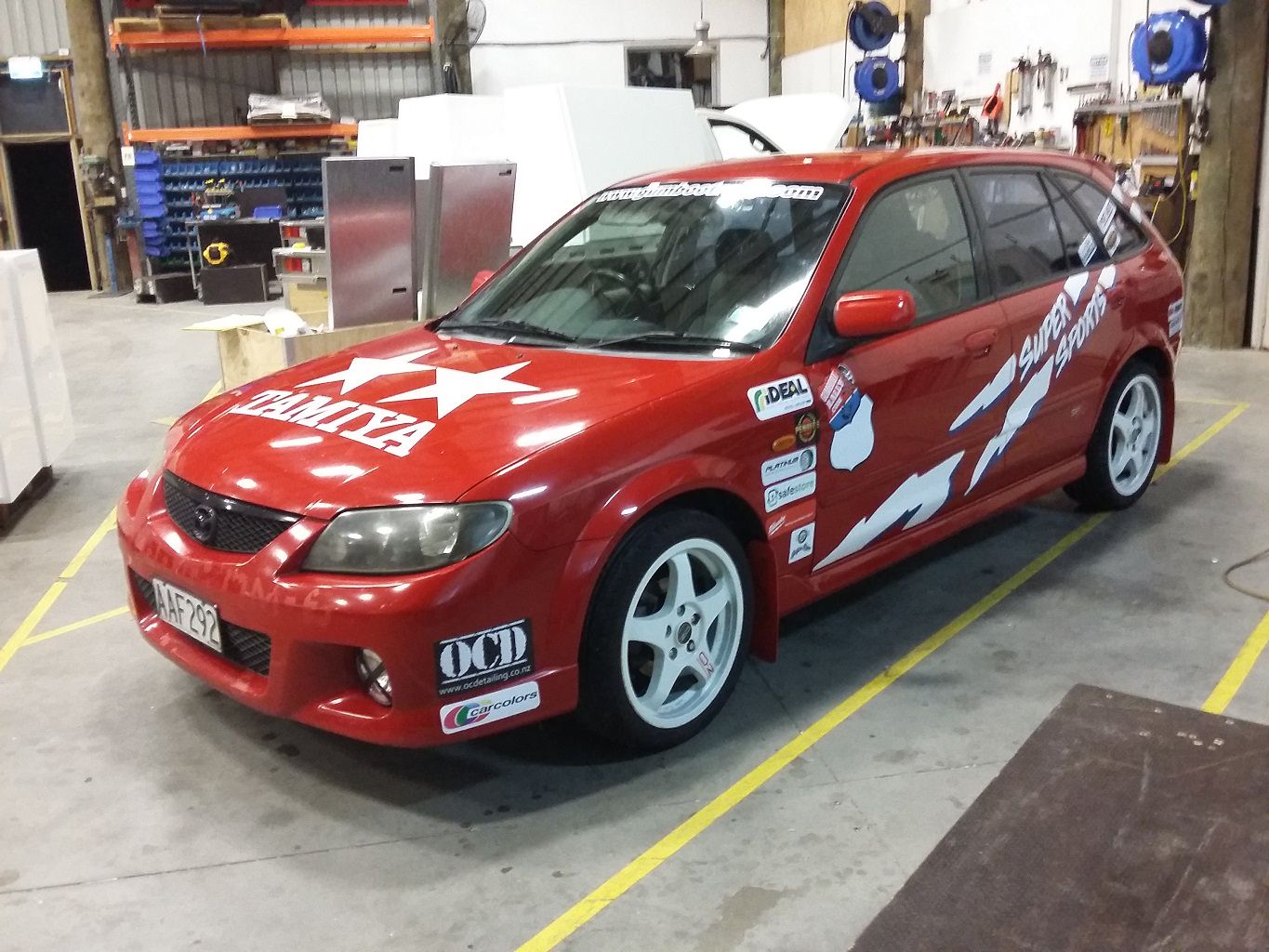 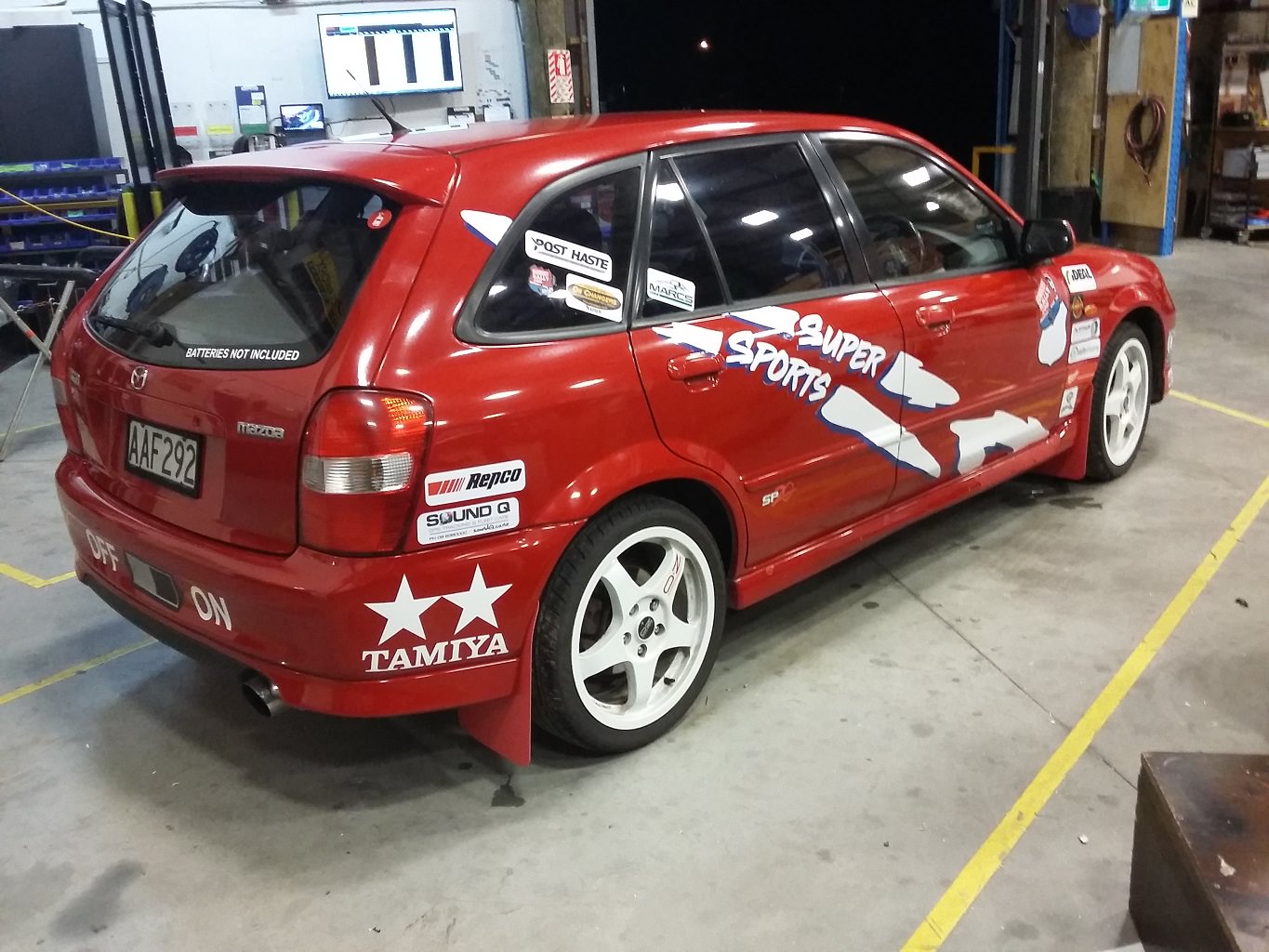 About 70 cars entered, everything from a Porsche Cayman to a Lada 2104 wagon, heaps of classic Fords, Subarus and minis 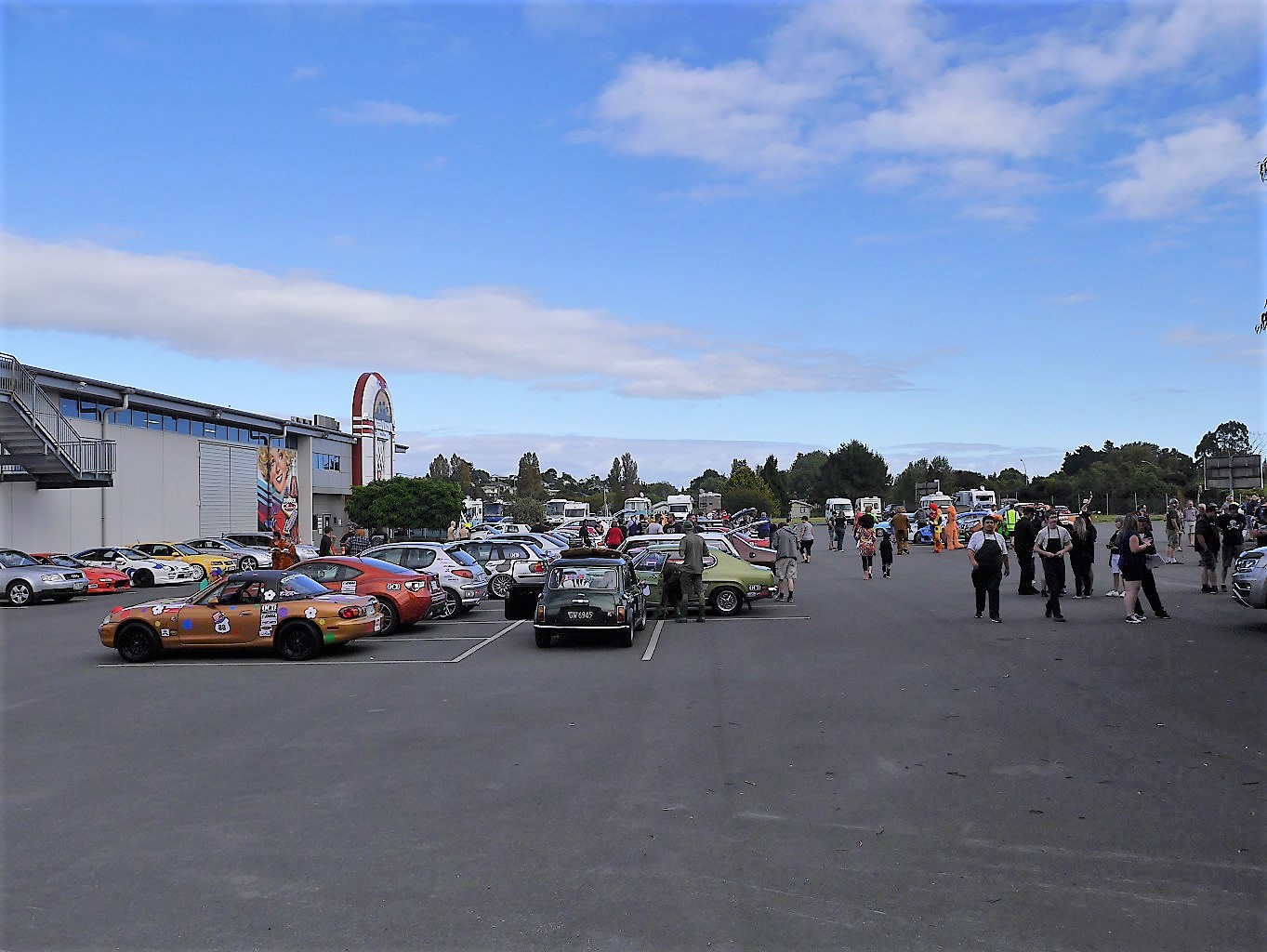 Saturday was theme day, we had giant teddy bears running around, Plastic Army men, pokemon teams and a pair of hillbillies in a pick up, it was nuts! 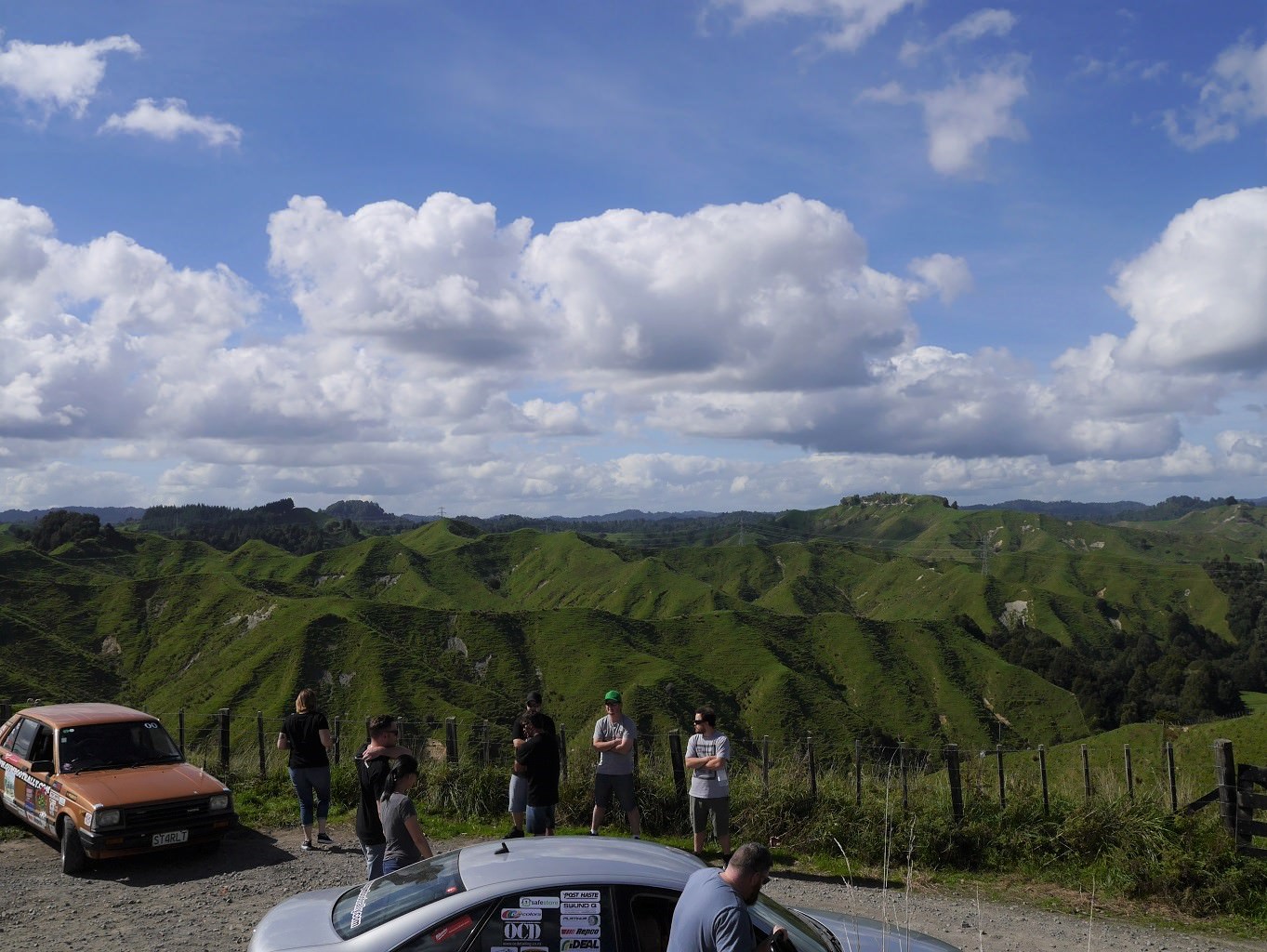 The roads were stunning, almost all backroads through the Waikato and Taranaki regions from Hamilton to New Plymouth to Taupo. At the start line we were given a book with directions and questions/ activities we had to do along the way, just like a scavenger hunt.

Sunday was my favourite, we got to drive up the Forgotten World Highway, a basically unused stretch of road through some ridiculous gorges and hills, stopping at tiny villages along the way. We basically doubled the population of Whangamomona for lunch 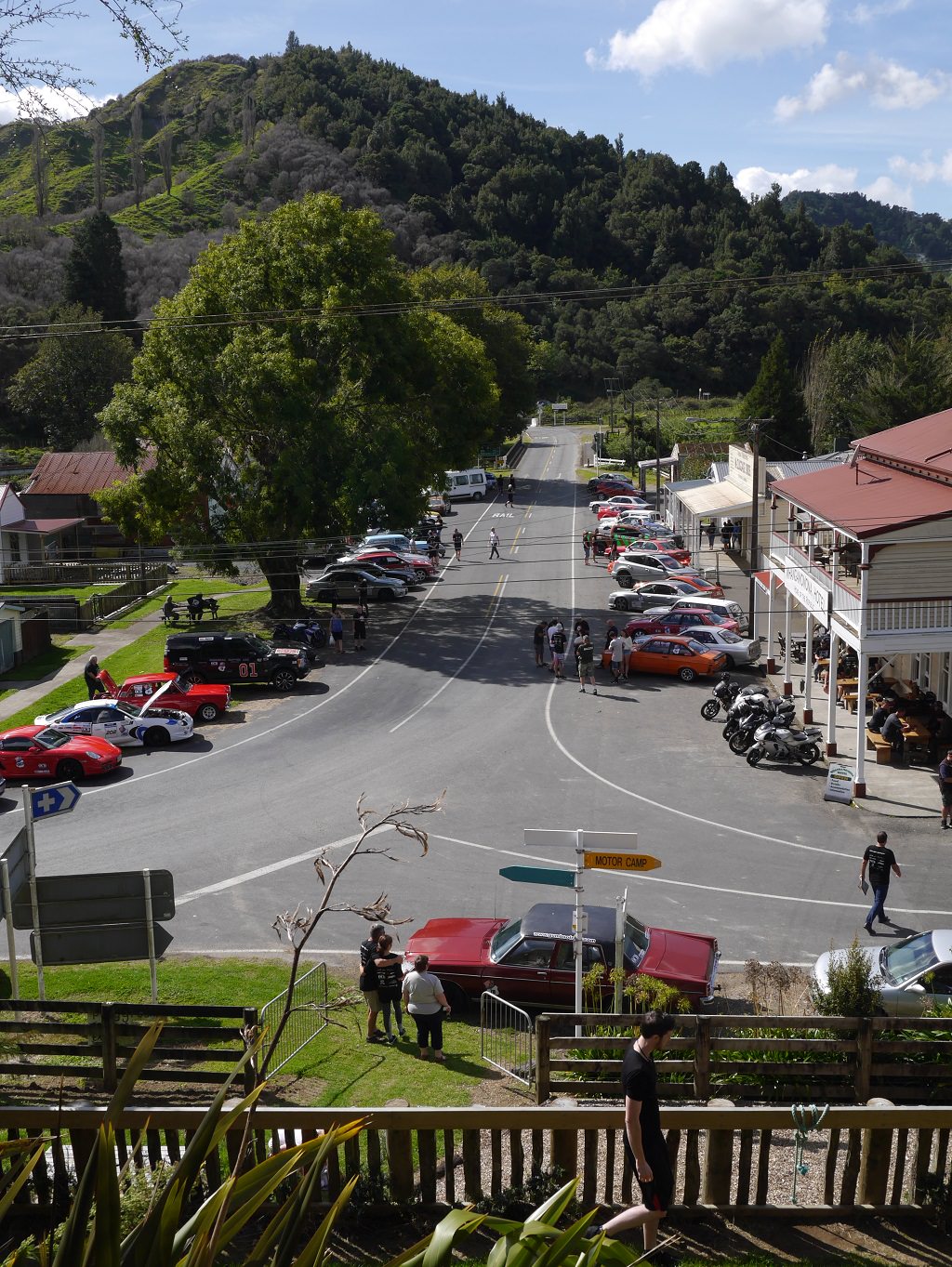 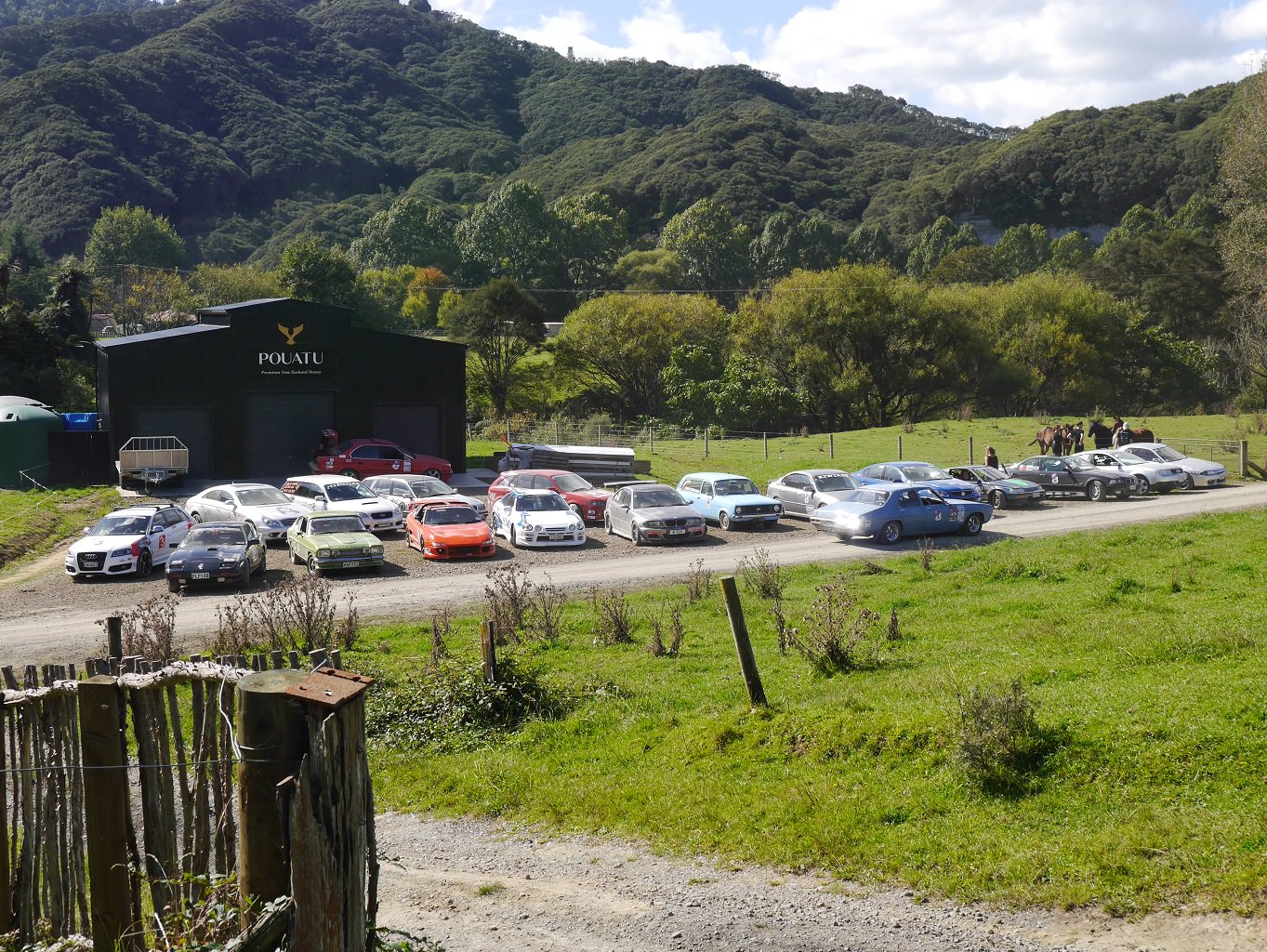 The car ran really well, no issues at all except the new mudflaps were too stiff and broke on the rough roads. The stickers and aerial (speed tested to 135Km/H!) got heaps of comments and looks, and the car sounded mint the whole time (pacemaker headers for the win!) 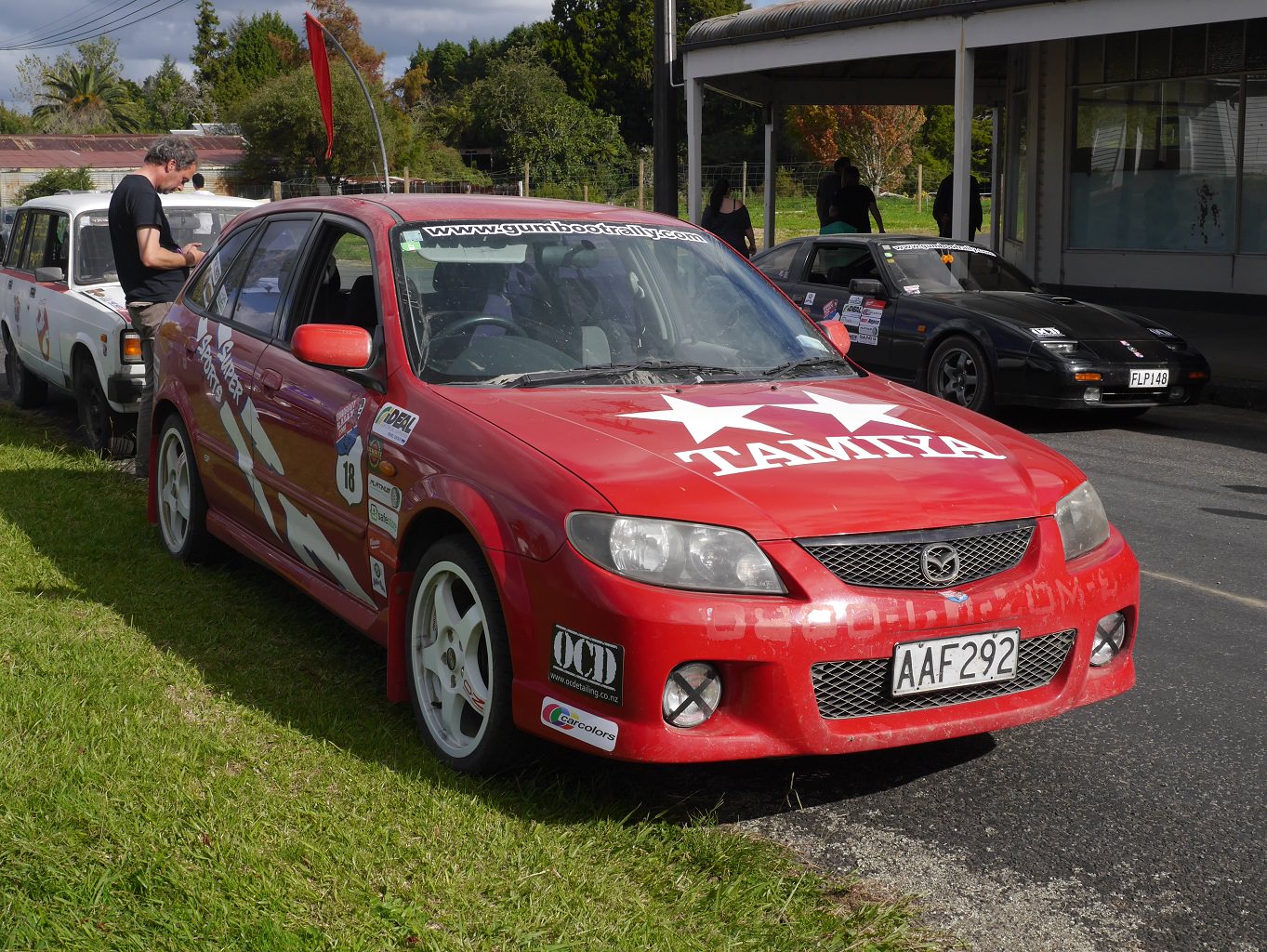 It did highlight 2 areas that need improving; the brakes shudder like crazy under medium-heavy use, and the low beams are as bright as a glow worm in a jar. Time for new disks at least (Toying with the 626 upgrade) and some better beams for the lights, any recommendations are appreciated!

IF you get a chance to do something like this, do it! It's so much fun with great people in cool cars on awesome roads.
J

Looks like it was a fun event, great work on the car, as for front brake upgrade the mazda6 300mm fronts bolt straight on.
L

Update time! The last few weeks have been hectic as, moving house and work getting busier and busier, not much time for the little red Mazda 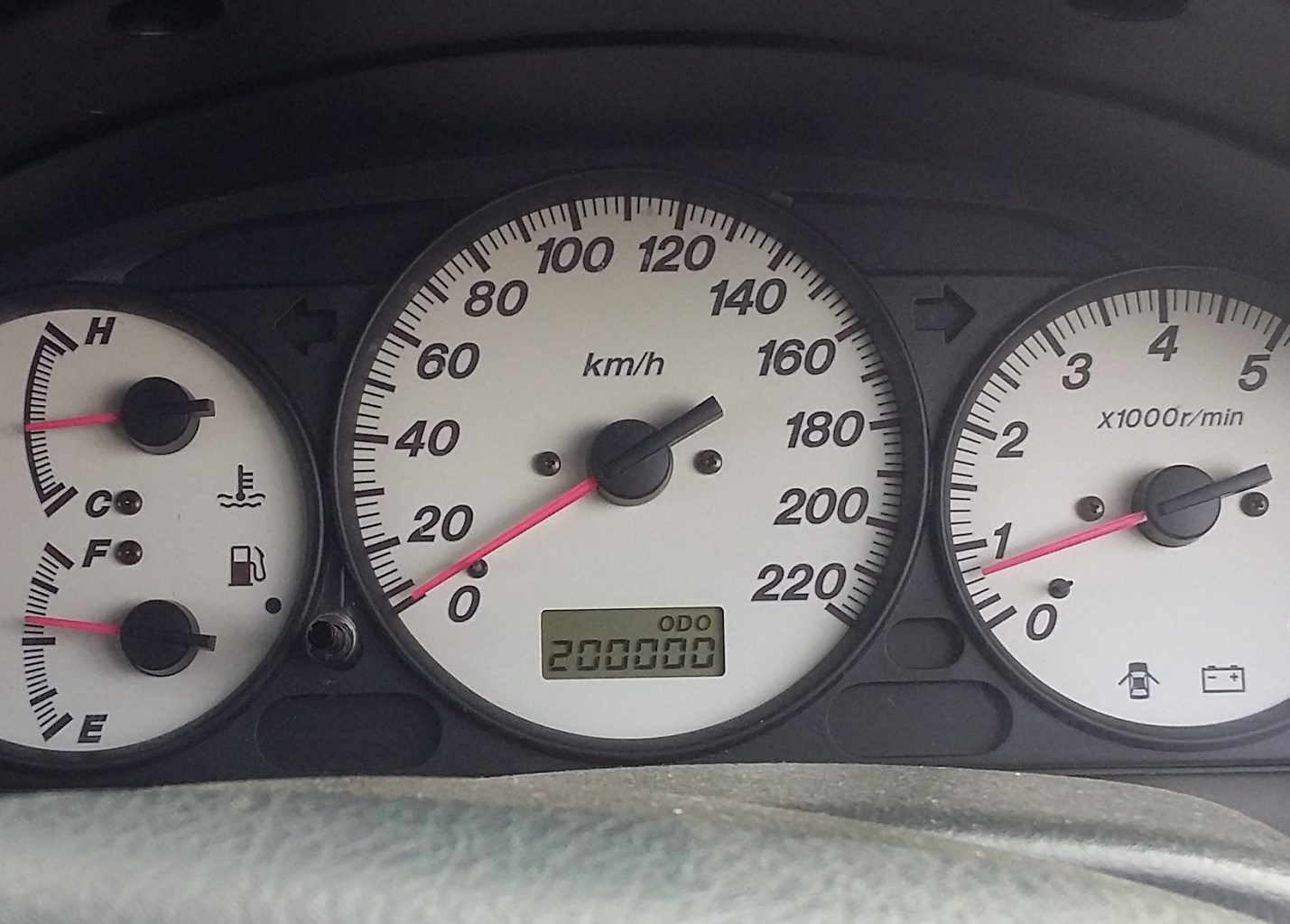 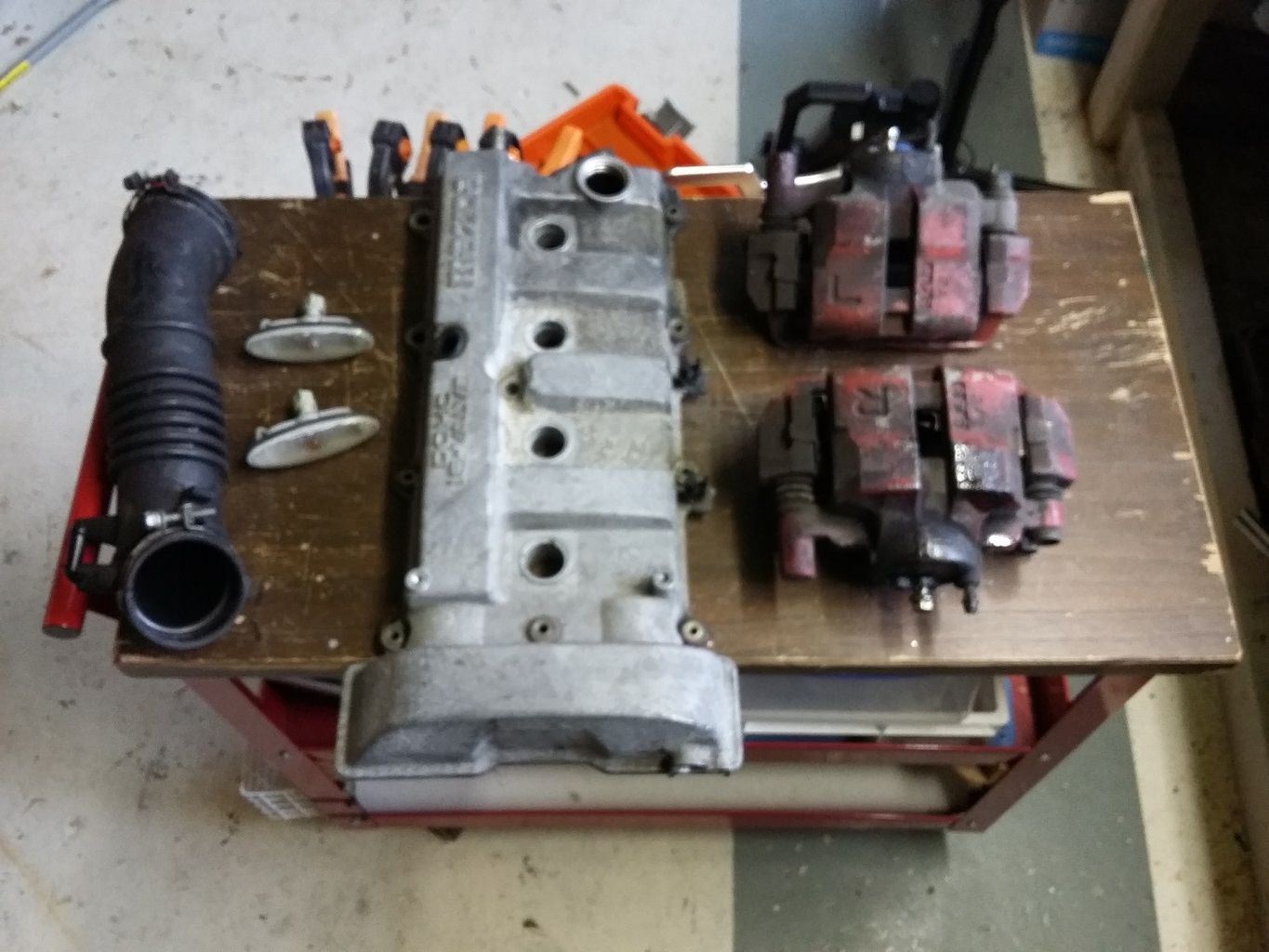 A new air intake hose as the old one was splitting, a 2.0L 626 valve cover, Mandal 6 front calipers and the things I've been itching to get for ages, clear side indicators. I was getting quotes of $70 for a pair, these were something like $5 each. Score! There was also a half-leather interior sitting in a later model BJ Familia that was very, very tempting BUT it was not complete and finding the missing parts would have been nearly impossible, plus it would be heavier and not quite what I'm after.

After a scrub and a coat of paint the valve cover looks like this: 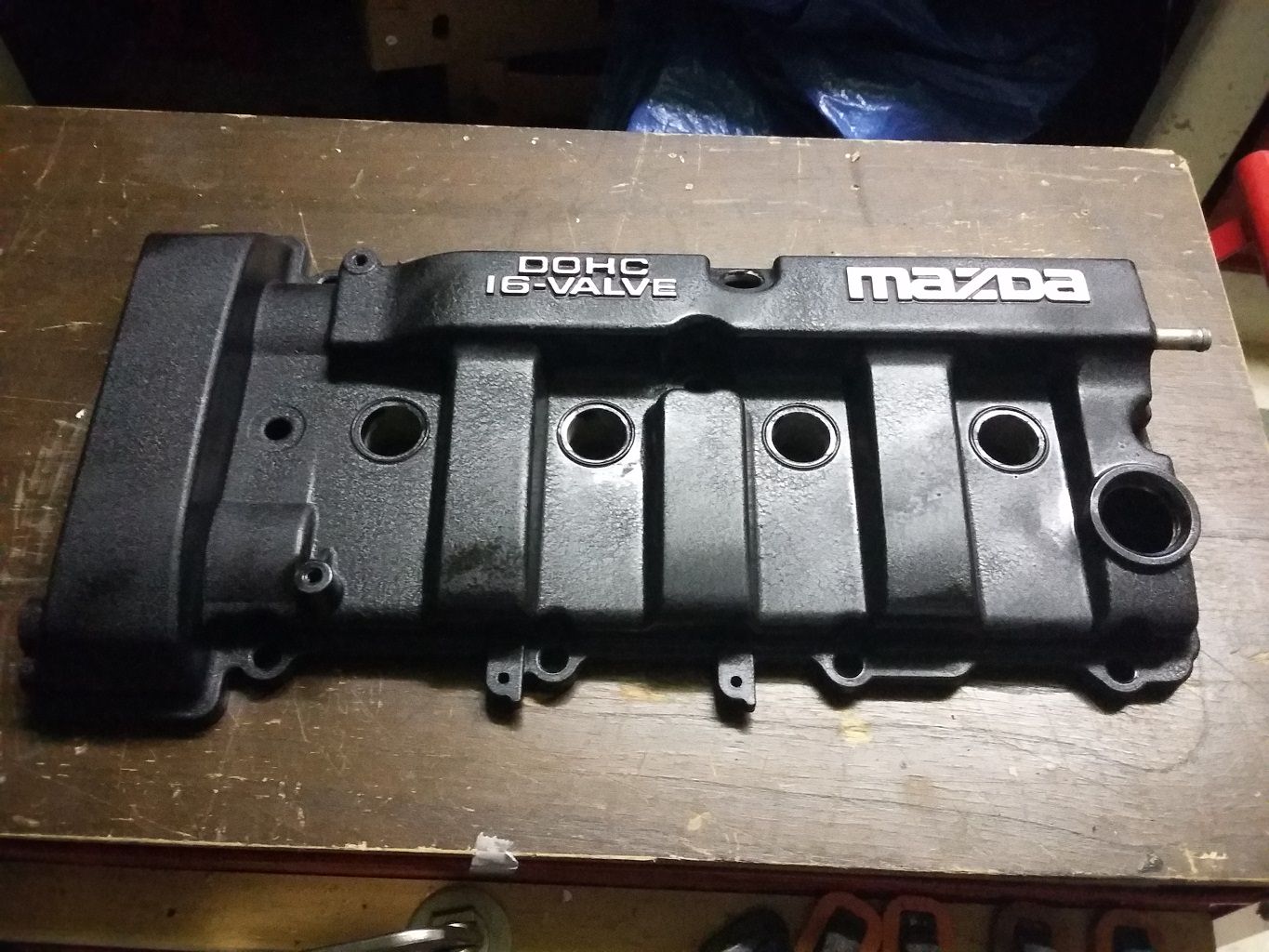 A little uneven with the wrinkles but it'll work fine. I forgot to grab the coils and leads from the 626 so may have to go back and grab them this weekend, or buy new ones...

Also, the lovely courier just dropped these off 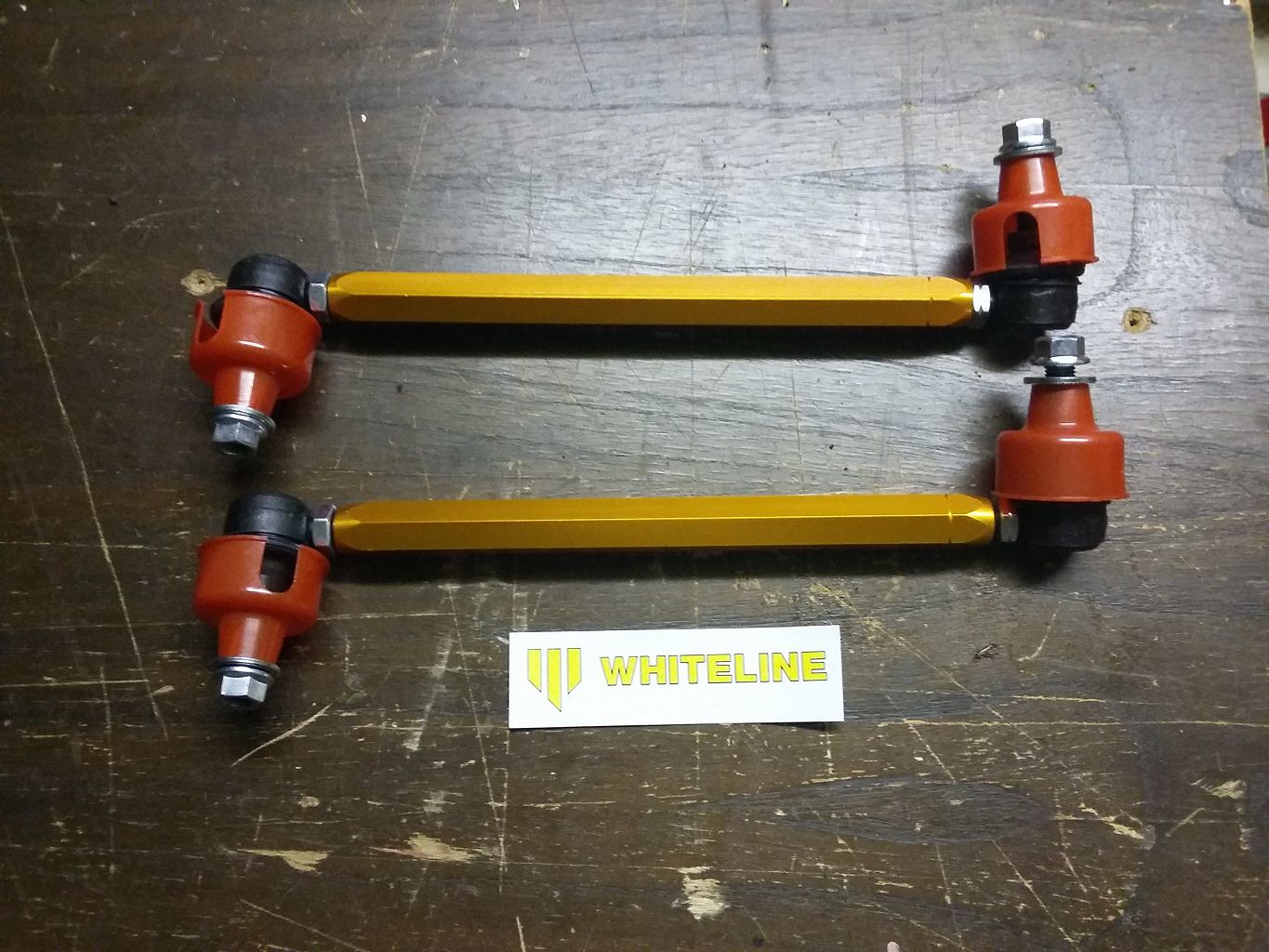 Whiteline adjustable front swaybar links, only a little more than the universal units that everyone was trying to sell me, and they look much better!

Looking forwards to getting all this stuff on and seeing how it all works!
L

Whew. After a big weekend of car work, the brakes have been overhauled, an exhaust knock has been fixed and the 626 Valve cover is on!

2004 Mazda 6/Atenza calipers up front, new pads, new disks all round. Now the car pulls smoothly to a stop and doesn't want to shake itself to bits under heavy braking, much nicer to drive! Managed three trips to the parts store in 2 days, 1 for the initial parts, another to replace the rear pads with the right ones and another to replace the front disks with ones that actually fit!

I didn't check the Mazda 6 I pulled the front brakes off properly and only got the 273mm disks, it's still a 15mm increase over the SP20 but not the 283mm disks I wanted. Never mind, it stops plenty fine for my needs for now. Here's a before-and-after(283mm) of the front disks: 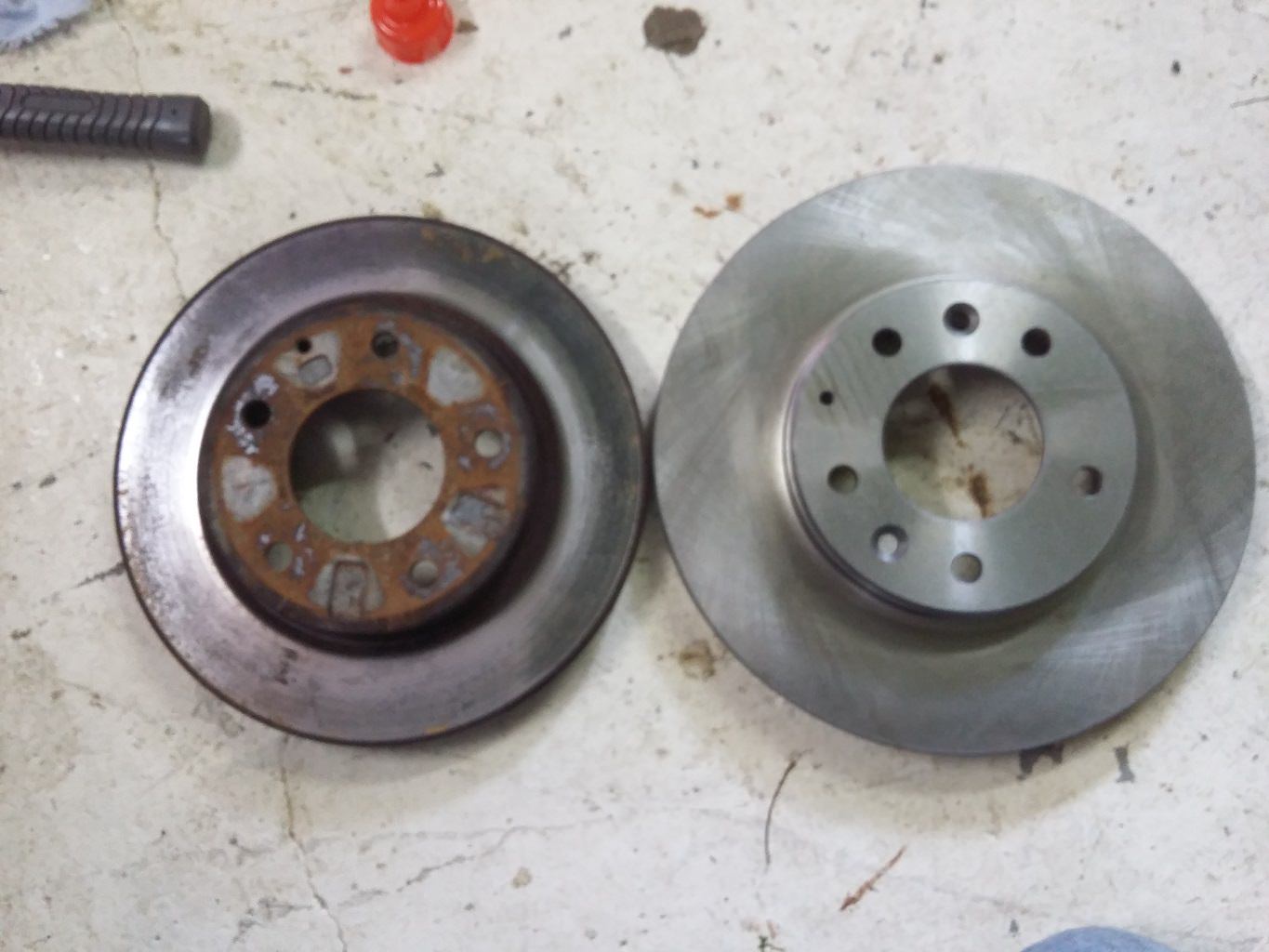 The exhaust was hitting the fuel tank shield at the back of the car, especially off throttle at around 2700 rpm. I pulled the back section off, bent the rods a bit and lowered the pipe just enough to let it clear. Now I don't have to listen to a DUGAGDUGADUGADUGA every time I engine brake. 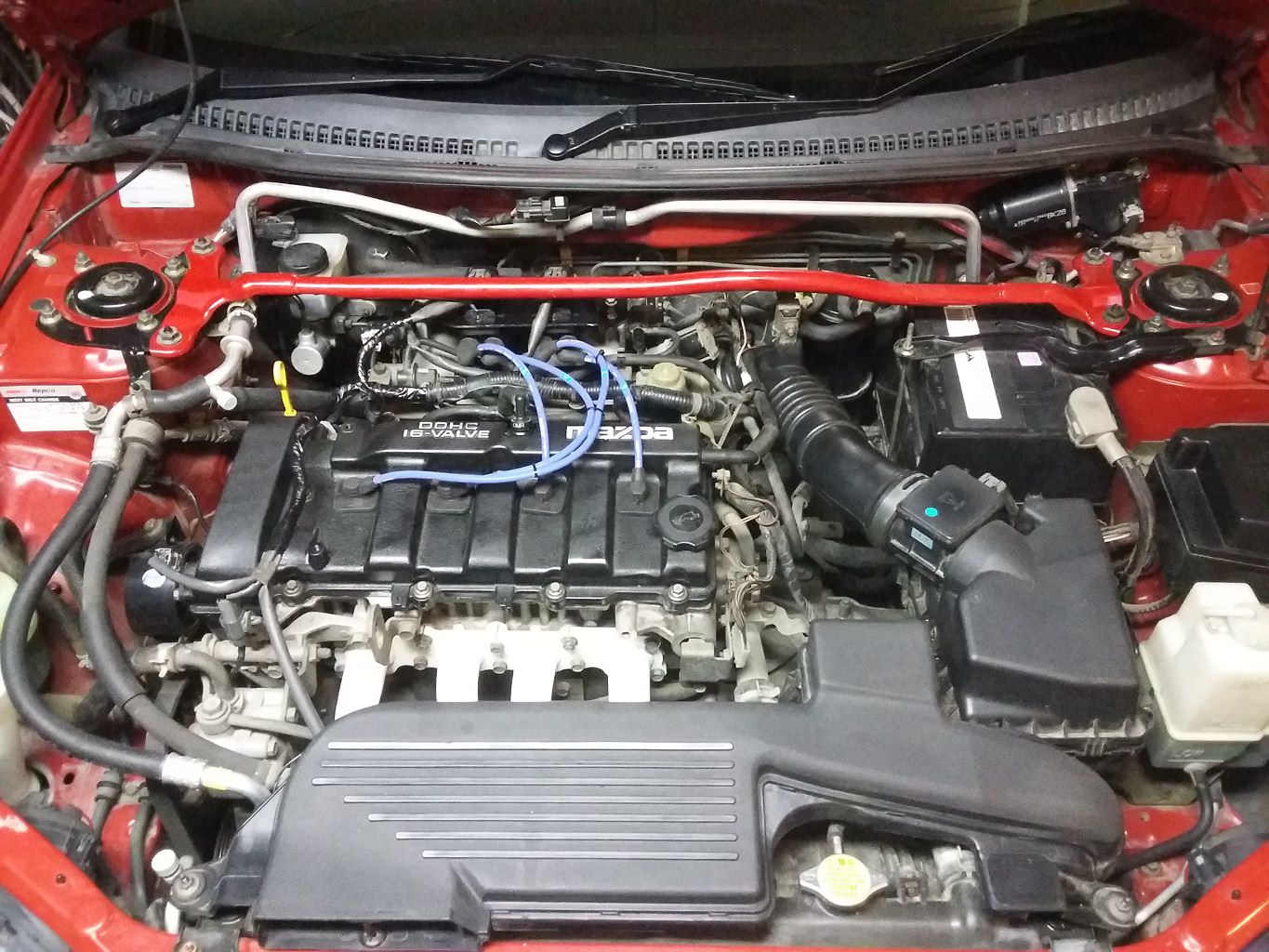 The valve cover was nice and simple to replace, I sourced the coil packs from a 2000 626, the plug wires from a 1.6 Familia and made up a bracket to mount the coil packs above the intake 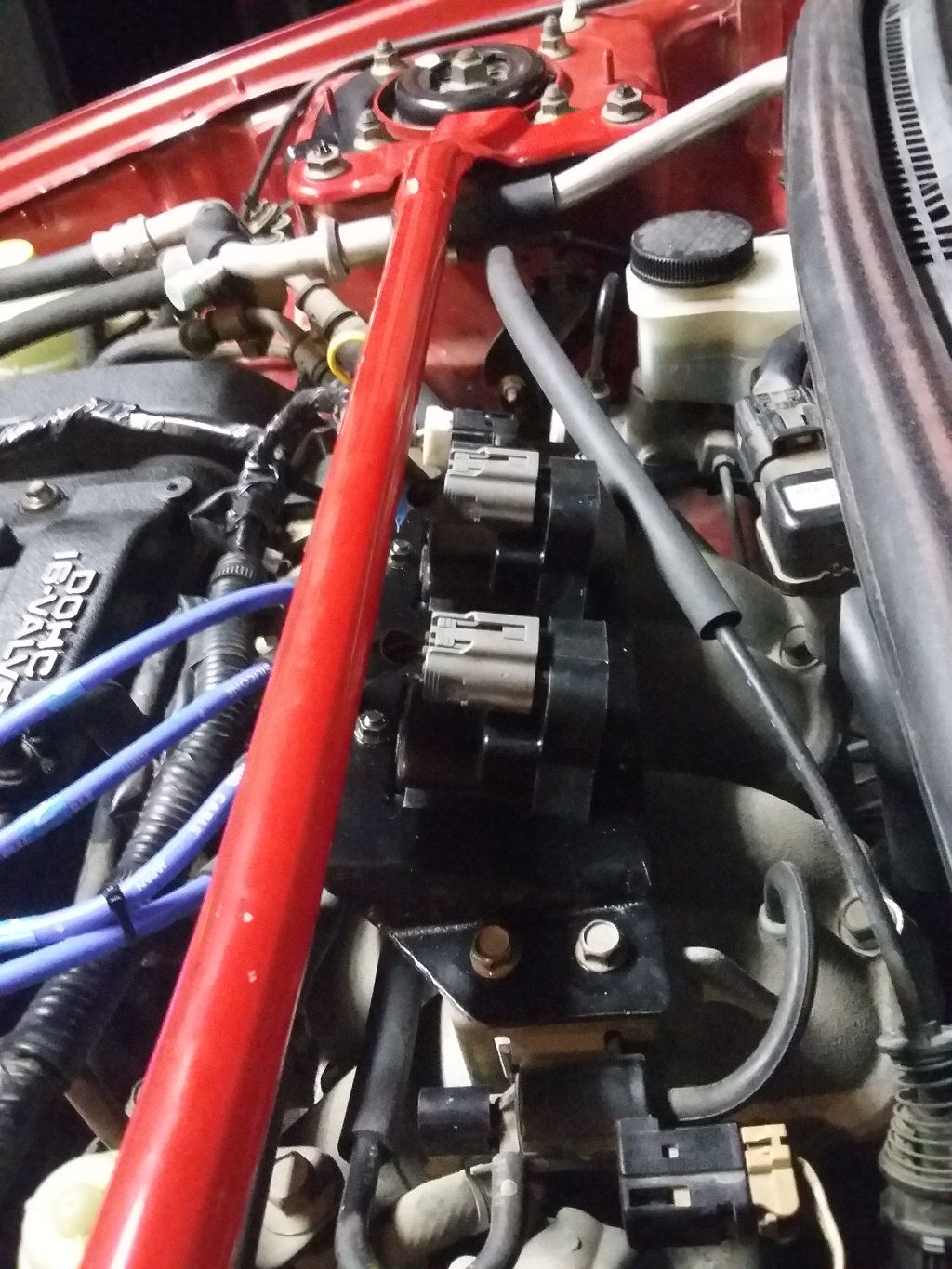 I also scrubbed the dust and crap off most of the engine bay. Hats off to the guys with super clean bays, it's a lot of work!

In other news I mocked up a ducktail out of card to see size and shape. I think it'll work OK with the roofline, the ends are where the fun is going to be getting it to flow nicely. 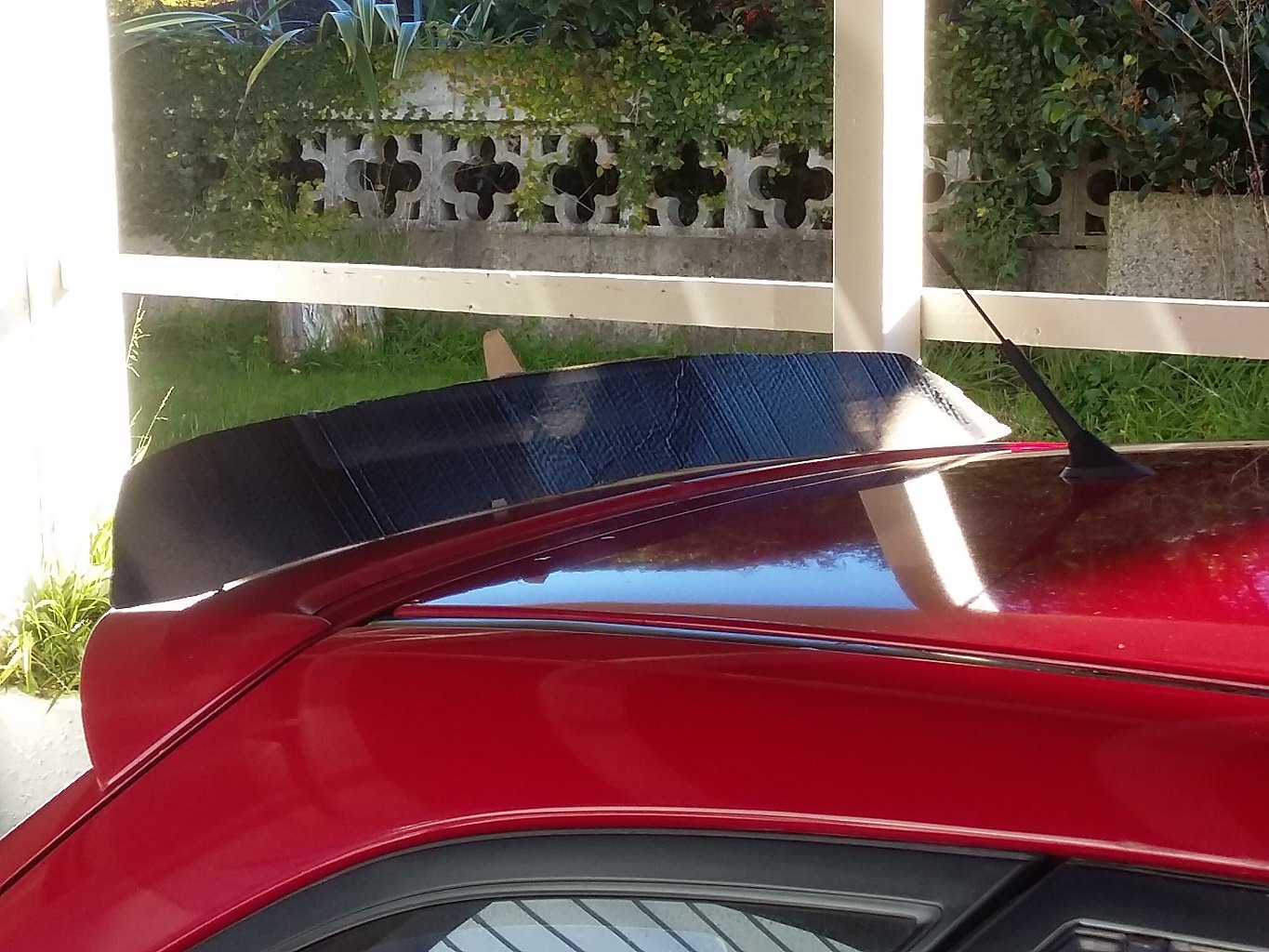 I also made a friend! 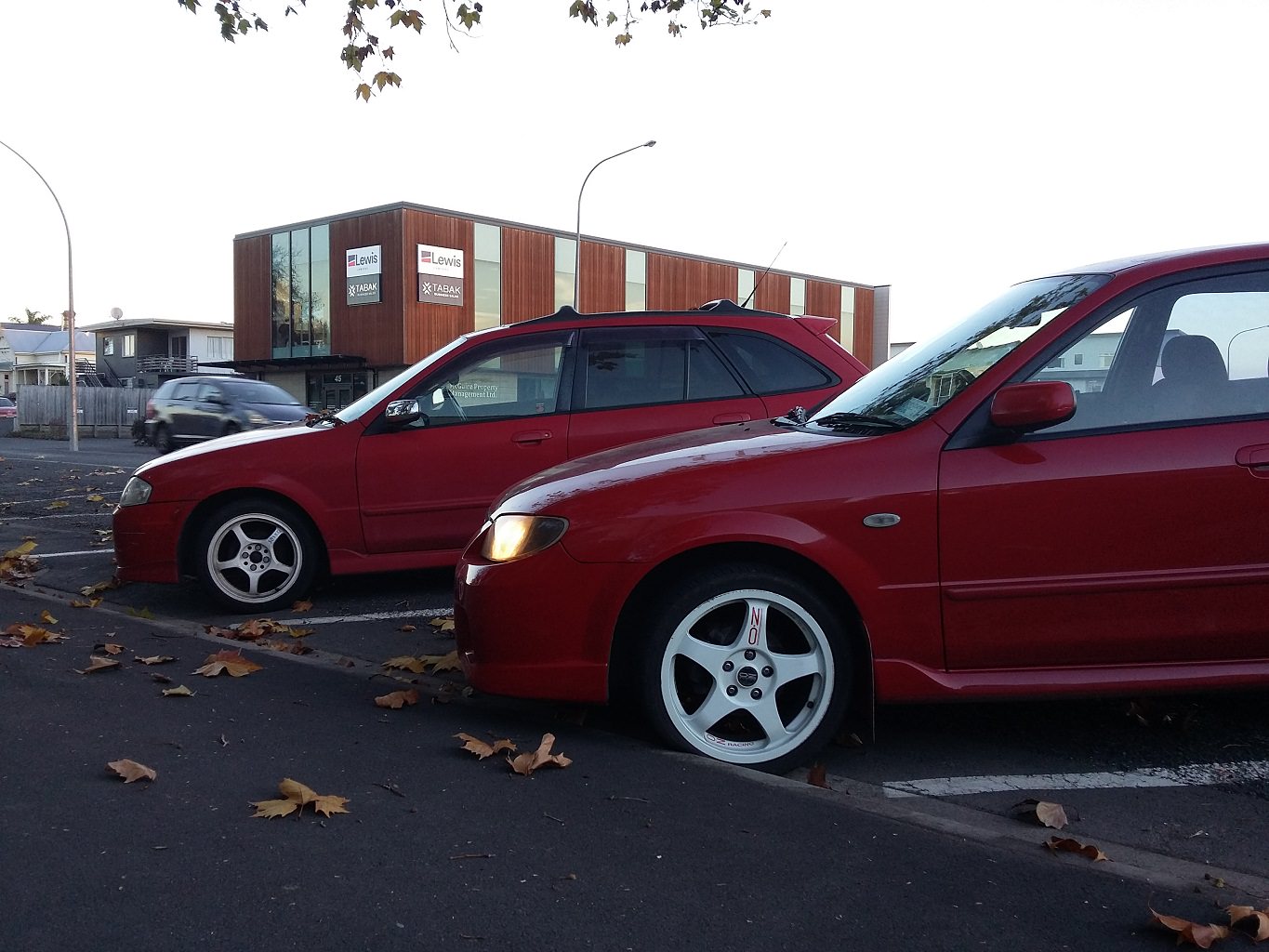 That coilpack mount is pretty slick! Overall, really digging what you're doing with the thing.

Can't wait until I recuperate my funds to get a header like that!
L

Riot; I've followed your progression for a while now, would love to give autocross a go!
A

Any other updates? I*ve just bought an SP20 (I*m in Sydney) and following your build with interest!
L

No real updates other than I bought a K&N filter on special and need to figure out an airbox for it, the car is running really well. Hope you enjoy yours!
L

So the car modifying bug has bit again, after a while of simply driving there are a few ideas that have been brewing, and now is the time to put them in motion... 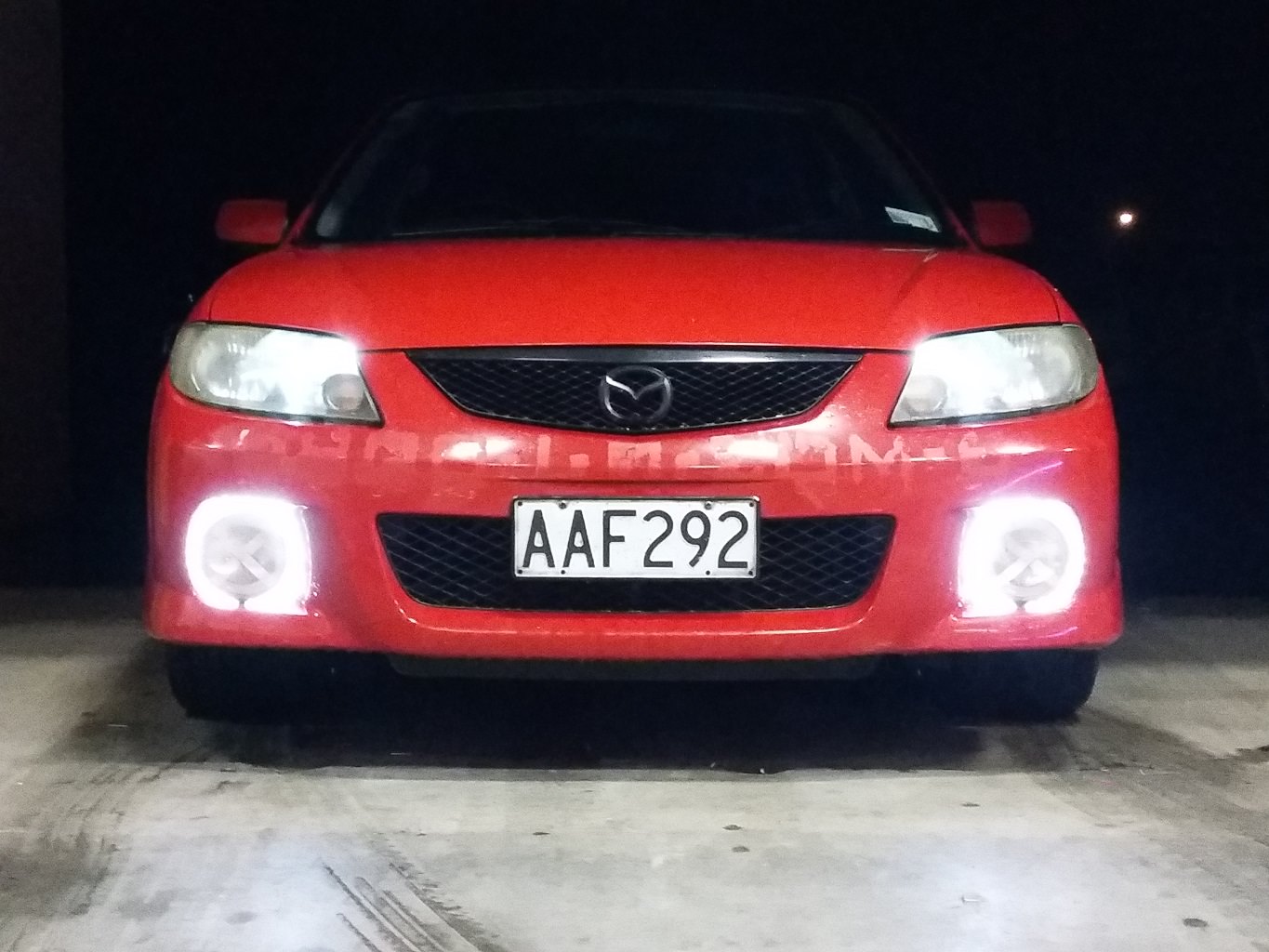 I've wanted to do an Angel Eye style driving light for ages, I grabbed some scrap LED strip lighting from work and wrapped it around the spotlights. It's not direct illumination as the LEDs are firing off into the bumper, but it does diffuse the light a bit and makes it not too bright to be annoying. 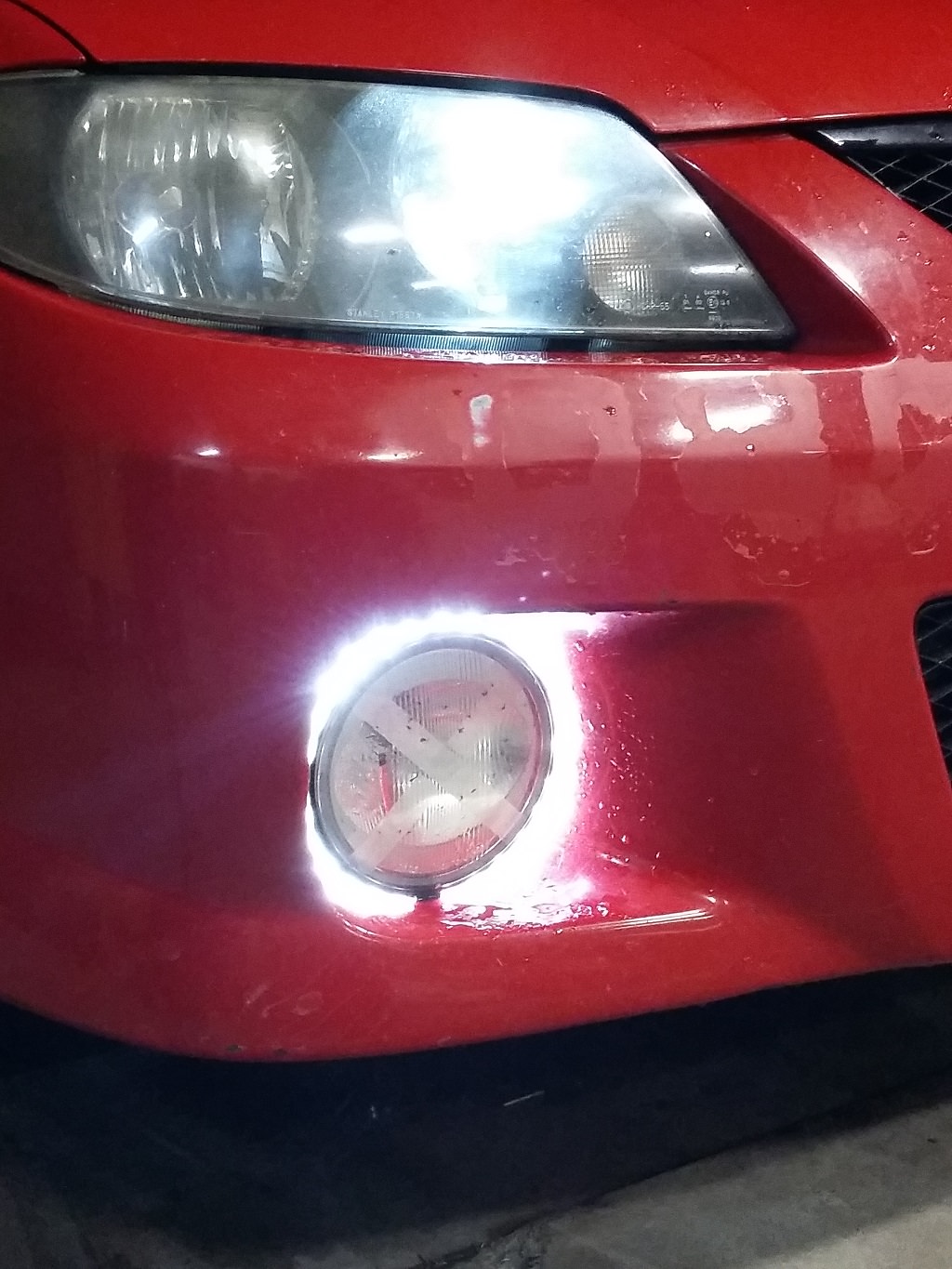 I also replaced the stock park lamps with LED units, if these hold up well I'd like to do a full LED bulb replacement, more efficient and better performance! 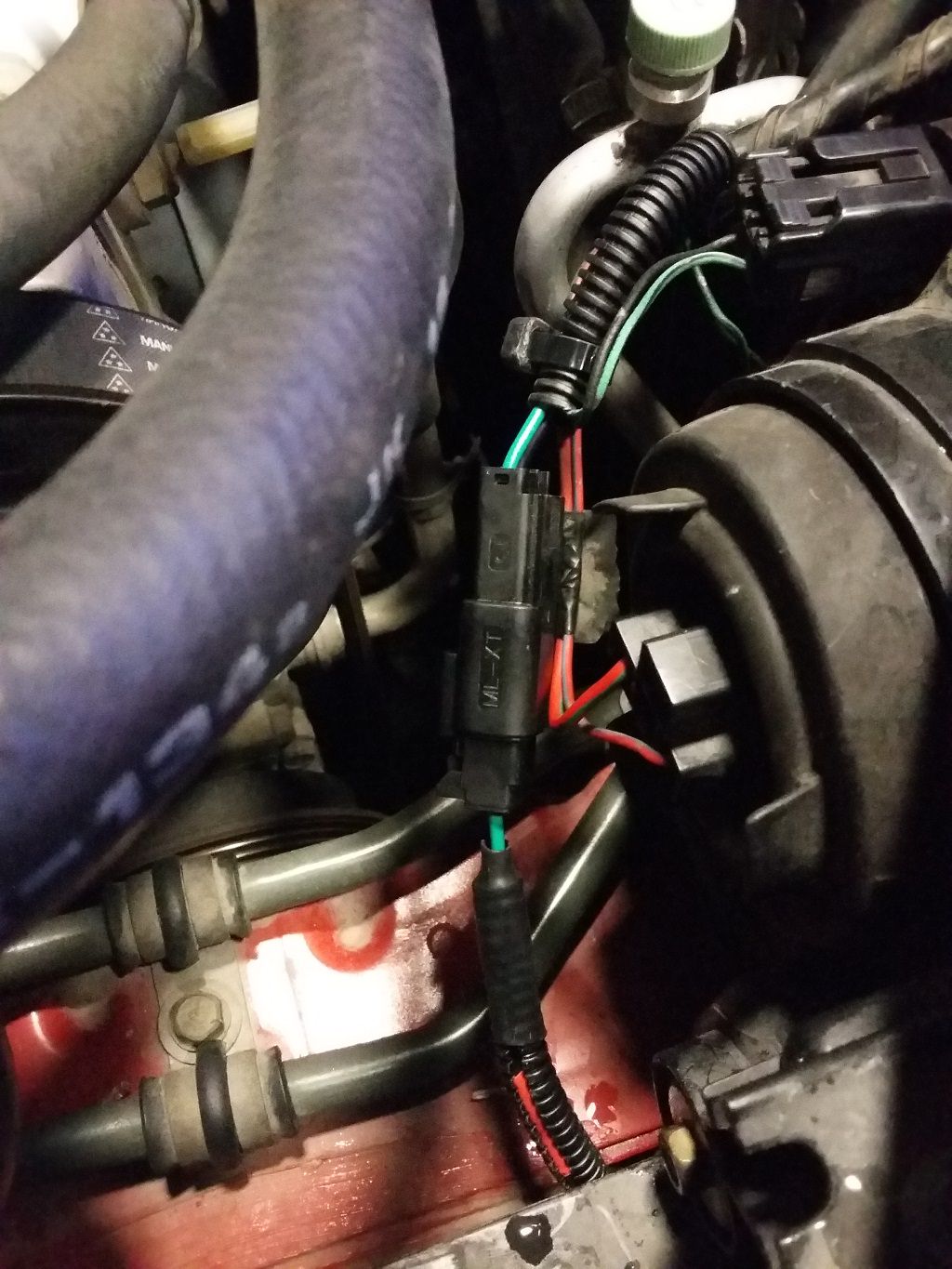 Lights are wired in to the park lights via Deutsch plugs so it's waterproof and looks nearly factory. 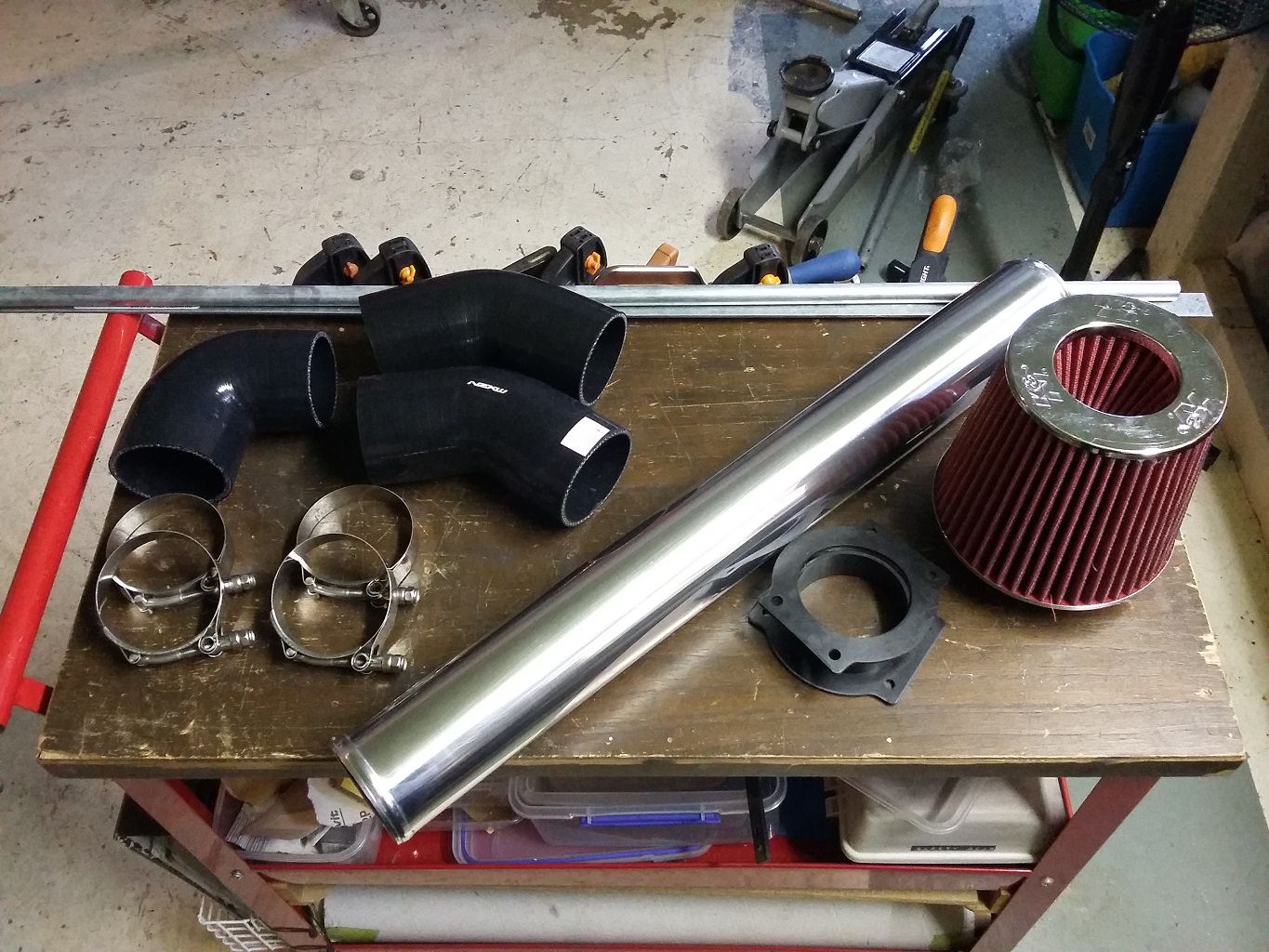 This is what a SP20 intake kit looks like in NZ! A proper aftermarket kit would have been ridiculously expensive to get here, so I ordered a bunch of silicon joiners, some tube and some clamps to try and make my own! Eventually I'll knock up a proper box behind the headlight that keeps everything nice and cool, and try to make it look relatively stealthy 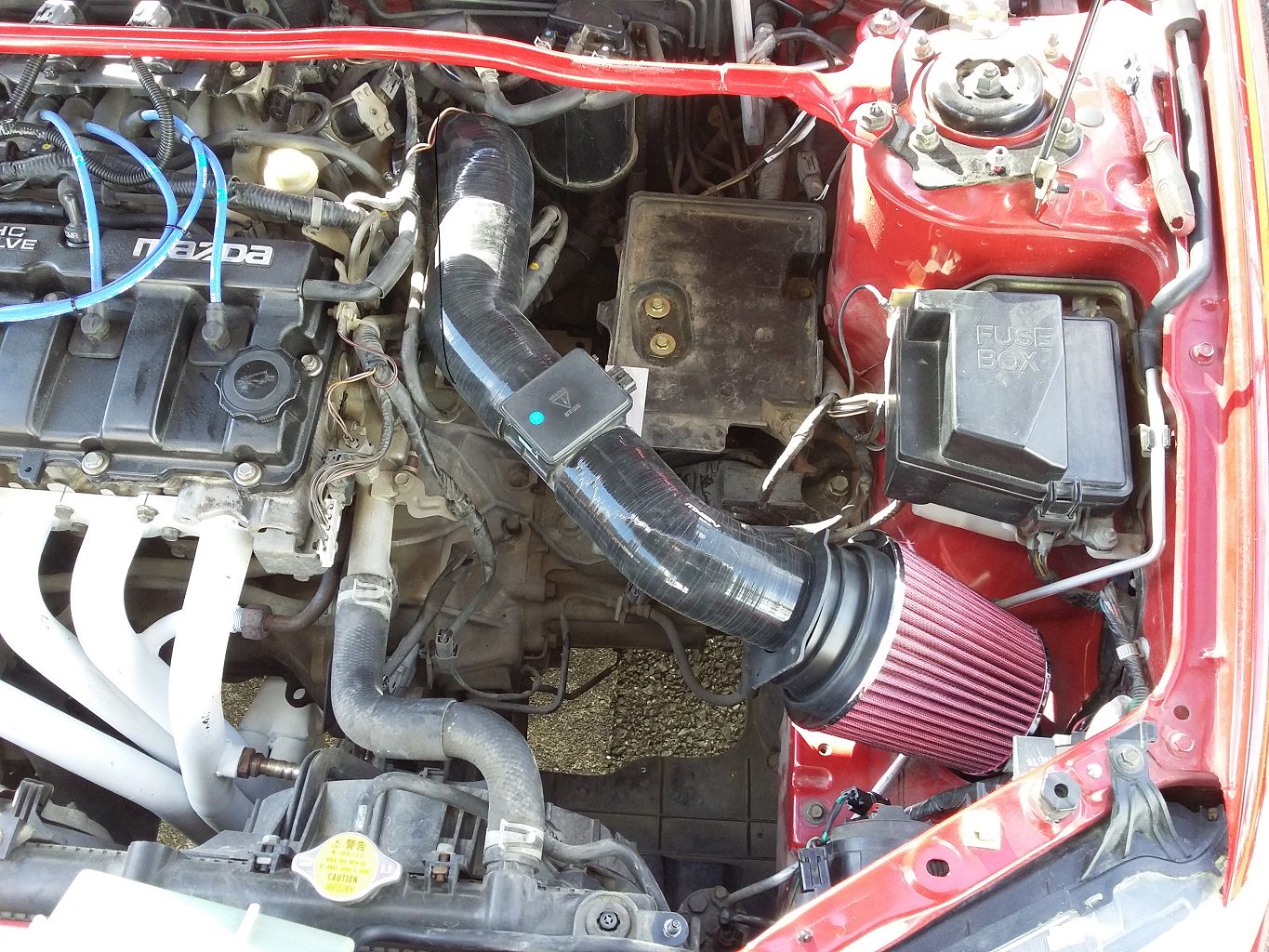 Here's a rough mock up of where things might sit. The overflow tank will need moving somewhere but everything else should be OK.

- Is the breather line from the valve cover to the intake simply a breather? Can I get away with venting it to atmosphere rather than plumbing it back into the intake?
- The air intake temp sensor will be in the air box once it's finished, what do people with open pod filters, etc do with this?

- Those with WRX/ Impreza seats, how do they feel? Do they sit higher/lower/whatever compared to stock?
Please log in or register to reply here.