Yea... And I've got noise coming from the back wheels.

I thought it was the snow tires but it must be the bearings because I've got the summer tires on now and it's still buzzing.

I don't know if I wanna put new hubs on a two dollar car...

It's just the salt, I'm up here in Washington, where it rains more often than not (aside from the last couple of years, weather's been very mild lately). And my car is rust free. And it was parked outside for the first 10 years of its life, and still never been undercoated or anything.
P

bcarpenter905 said:
.... but i decided to have them cut out and replaced.
Click to expand... 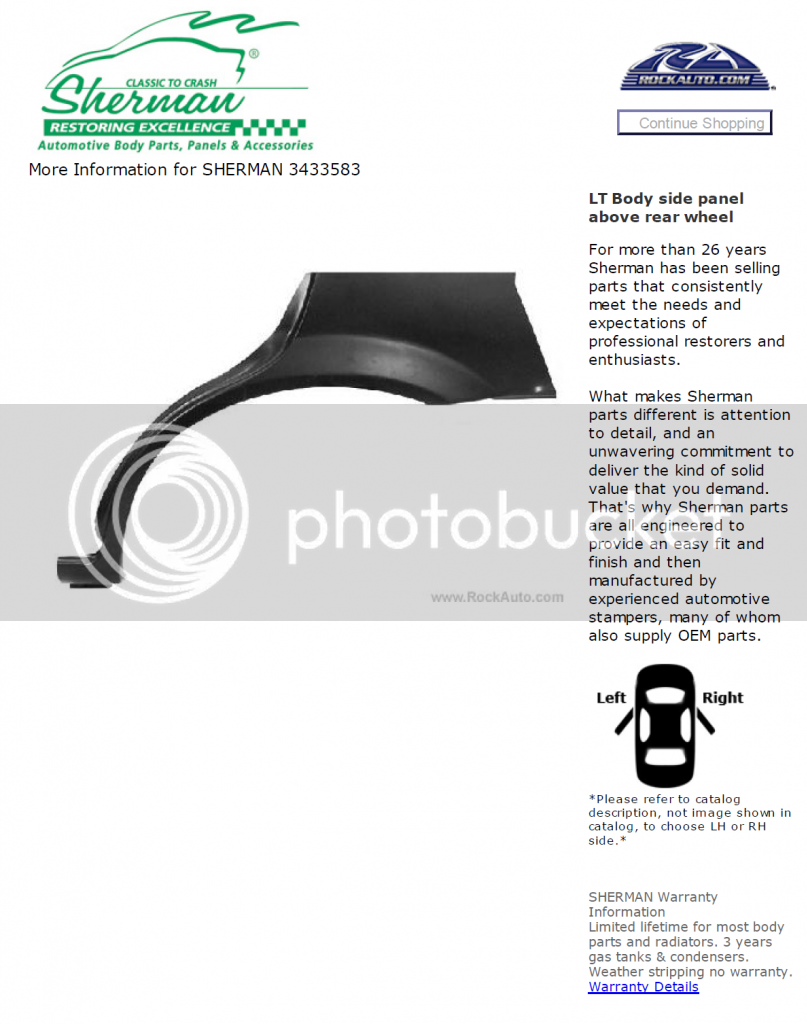 I have only had 1 Mazda that ever had any rust issues, and that was a 16k mile 1992 Miata bought from Chicago.
N

Need to wash it more after driving on the salted roads. It's the price you pay for living in snowy areas. I have 0 rust because I live in a non snowy place.
M

pcb said:
Yea... And I've got noise coming from the back wheels.

I thought it was the snow tires but it must be the bearings because I've got the summer tires on now and it's still buzzing.

I don't know if I wanna put new hubs on a two dollar car...

I'll probably wait until the stereo can't coverup the noise...
Click to expand...

Your car actually looks quite good! I would not hesitate to put rear bearings on it.

I've put a lot more money into my car than rear bearings, and it is considerably worse. I have rust starting at the front wheel wells and going all along the rockers and to the quarter panel. There are gaping holes through the lower fenders next to the front doors. There are holes near the trunk area (under the jack), the rear pass side floor board is rotted out and hanging, and the strut mounts under the hood are rotting out. Of course, there is rust EVERYWHERE, but these are the highlights.

The only way to have prevented this kind of rust on this car would have been to completely disassemble it and repaint/undercoat the entire chassis/underbody and the backside of every panel. Like Mazda should have done from the factory.

I've owned a variety of cars in my lifetime of living in the salt belt. NONE of them have rusted like this, and NO OTHER car on the road compares to this one. When it was only 8 years old it was apparent that the rust was terminal or that I would have to do a complete disassembly & restoration with quality paints/undercoats that Mazda refused to use. 8 years?!?!?!?!?!??!?!?!?!?!?!?!?!?!?!?!??!?!!?

That's the point guys, all cars rust because of salt, but this one rusts wwwaaaaaayyyyy faster. You compare older cars than the P5 that have more miles and have spent more time in the rust belt, and the P5's have far, far, far, far more rust. Saying "it's just the salt" is not at all accurate. While no manufacturer does enough to combat salt, everyone except Mazda does something. At least something.
Last edited: Apr 23, 2016
M

I bought mine new in 2003 and it's been a great vehicle for me. It's fun to drive and the hatchback (with a Thule roof rack) form factor has worked well for transporting bikes, sea kayaks, lumber, ladders, tools, furniture, dogs etc at least once a week. I always did the maintenance myself on time and I had very few repair issues. The leaky fuel pump housing, rotted gas tank and broken motor mounts were stupid and annoying repairs but they were fairly inexpensive to repair myself so I can't complain. Other issues like two seized calipers, two failed wheel speed sensors, ignition coils, cracked air intake hose, sticky EGR valve, swaybar endlinks are wear items so I don't count those as failures on Mazda's part. Not counting tires, brakes, batteries, struts, timing belt
The rust around the rear suspension has gotten pretty bad, though. I know it's a unibody but there are frame-like rails that run lengthwise next to the rear struts and there's nothing left to them. I keep waiting for the rear control arms or the cross brace to tear off while I'm driving. I'm also concerned about getting rear-ended hard because the body would probably just fold in that area. She's like an aging pet at this point. Taking it day by day until the time comes.
I've been considering the Honda Fit but I'm holding off as long as possible to see if they can get the Hecho in Mexico problems straightened out. The re-designed 2017 Subaru Impreza also looks pretty good but I'm leery of buying a first year model and it's a whole new global platform.
B

Yeah mines a 2001, made the decision last summer. You could literally stick your finger thru the fender they were that shot. So i coughed up the $900ish and did it. I dont regret it, i couldnt stand looking at it, it was very depressing. I ice fish alot, so when winter hits the subs come out, snows on, and the car gets just as much use as it does in the winter. I usually just pressure wash the car ever few days in the winter just to wash the salt off.
P

Here's a link to my rustproofing thread from a few years ago...
http://www.mazdas247.com/forum/show...I-Bought-A-Gallon-Of-Rust-Proofing&highlight=
P

mazdadude said:
Yikes! that is quite a lot...

What can be done differently by Mazda that the rust proof car companies are doing? Besides fiberglass, plastic, and aluminum?
Click to expand...

5% Nickle mixed in with the recycled molten metal would make metal that won't corrode nearly as fast.

It almost turns it into stainless steel, but it's expensive, ...

Contributor
i have a P5. i have a toyota tacoma. i have no salted roads. they live in a garage. thankfully and fortunately i am not participant in these sad scary situations.

I drive my car Very gently because I'm sure I could break something off if I were to drive it aggressively.

I still wind it up to redline once in a while and I drive the speed limit but I don't want to pull any G's. Lol
R

pcb said:
I drive my car Very gently because I'm sure I could break something off if I were to drive it aggressively.

I still wind it up to redline once in a while and I drive the speed limit but I don't want to pull any G's. Lol
Click to expand...

I still love my rusty turd. I wonder what the body looks like under my side skirts...
P

I've got a hole showing.
I don't want to think about what's underneath. Lol

C
Letting go of my P5