Riot_Polizei said:
Have you seen that he's making another batch of P5 and MSP swaybar relocation brackets? I forgot whether you have them or not.
Click to expand...

Yep! I think he just got them finished. My AWR bar came with brackets already so I won't be needing them :/
G

I have a friend willing to sell me a nearly full MSP turbo kit (missing BOV and couplers) for $300.
Really considering it, although I'm pretty worried about killing reliability as it's my only vehicle. Not purchasing an additional vehicle until I graduate.
I don't race or push it too hard, just been a reliable daily to work/school and so forth.

Y'all think it's worth boosting at 145k miles? I've never necessarily had it break down on me other than an old radiator hose bursting (all hoses/thermostat since been changed along with a Mishimoto rad).
Might do a compression test before I really think on it, although not sure how to go about doing that and what numbers I should be looking for.

Otherwise, I'll be purchasing NA headers from him and sticking with an NA build. I'd definitely boost it if I had a secondary vehicle.

Here's how to do a compression test.

I would'nt consider boosting my car.
It's too old and rusty.
I would just turn it into a project that never gets finished.
D

Theres plenty of issues with turboing a car, but mostly comes from incorrect/cheap parts and/or abusing the car. 145k isnt that bad. Do a compression test and get on it. What parts are not included with the kit?
G

Thanks for the replies guys. It's missing the BOV and couplers.
My gut was telling me not to do it, and I often listen to my gut and I prefer reliability so I passed on it.
Will keep it NA and build it NA. I'm enjoying it as it is now, not the type of guy for racing/burnouts and abusing it and such.

On that note, I've purchased BC coilovers via CR3 motorsports. Then I'll be moving onto wheels next.
I've also recently changed out the front seats for basically new unused front seats.. the condition on them is fantastic. Although I have a pending order for leather seat skins via JP parts that I'm hoping to get done this summer.
Also changed out the steering wheel for one in better condition, as mine was very worn.

I'll basically be trying to get everything in top notch condition on my car; that's the main goal.
Will try to get some pictures up as everything comes together.
Also will still do a compression test anywho to see how the engine stands, thanks for the info pcb!

buy and keep the turbo kit. install the headers for now. when you pick up a second car, boost the p5
P

Is your car burning any oil ?
It's really common with our engine.
G

@323
considered that, since it's such a steal of a price. Plus he's on a different island rather than continental US so shipping would be nothing.

@pcb
not that I know of, I haven't had any problems with that.

But saw this when I got off work today... no note left either.
Buffed right out though, just a small scratch left. I took more time popping the fender back in lol
Peep the orange peel on the lip > still mad about that. Never going to maaco again. 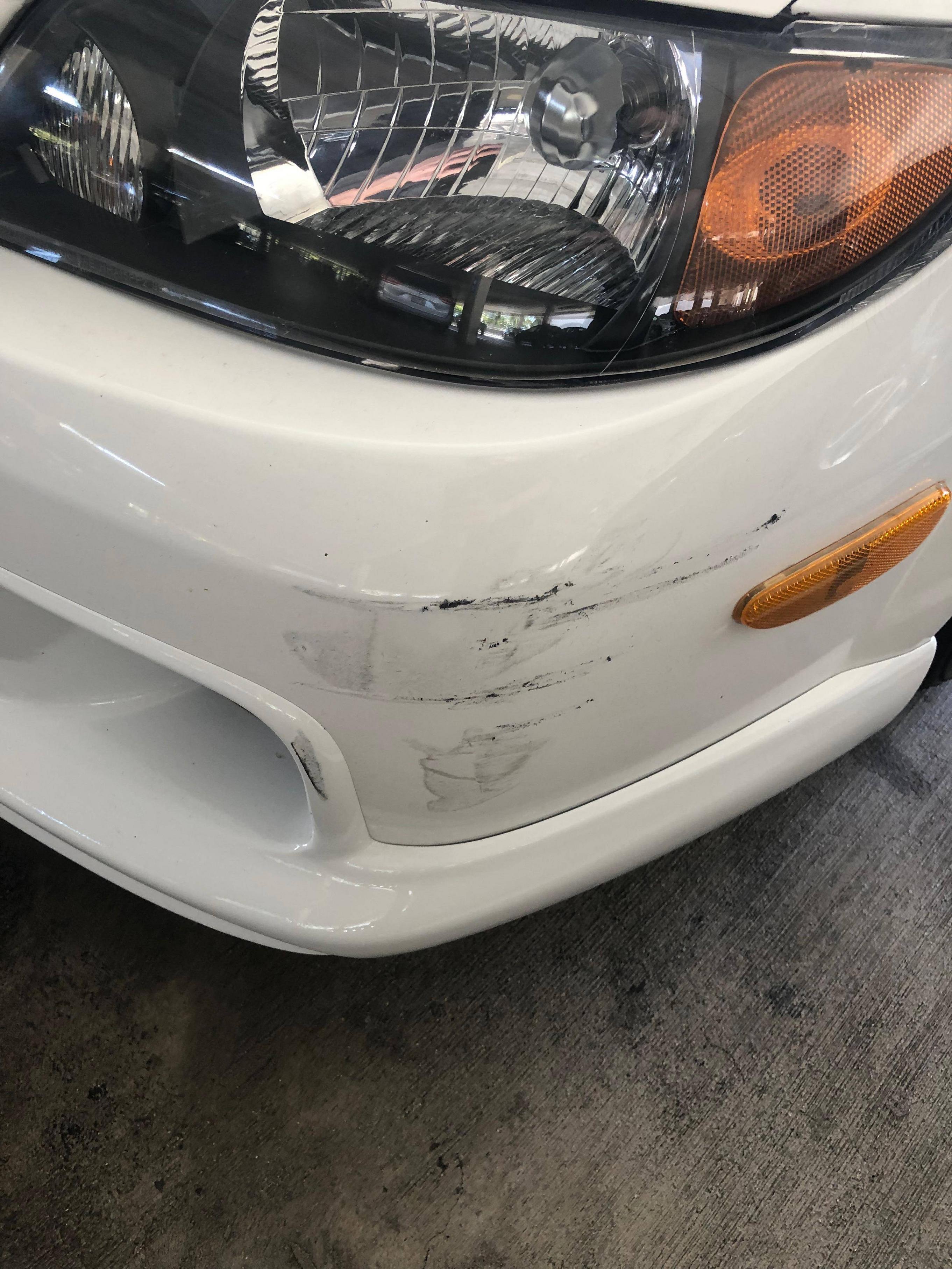 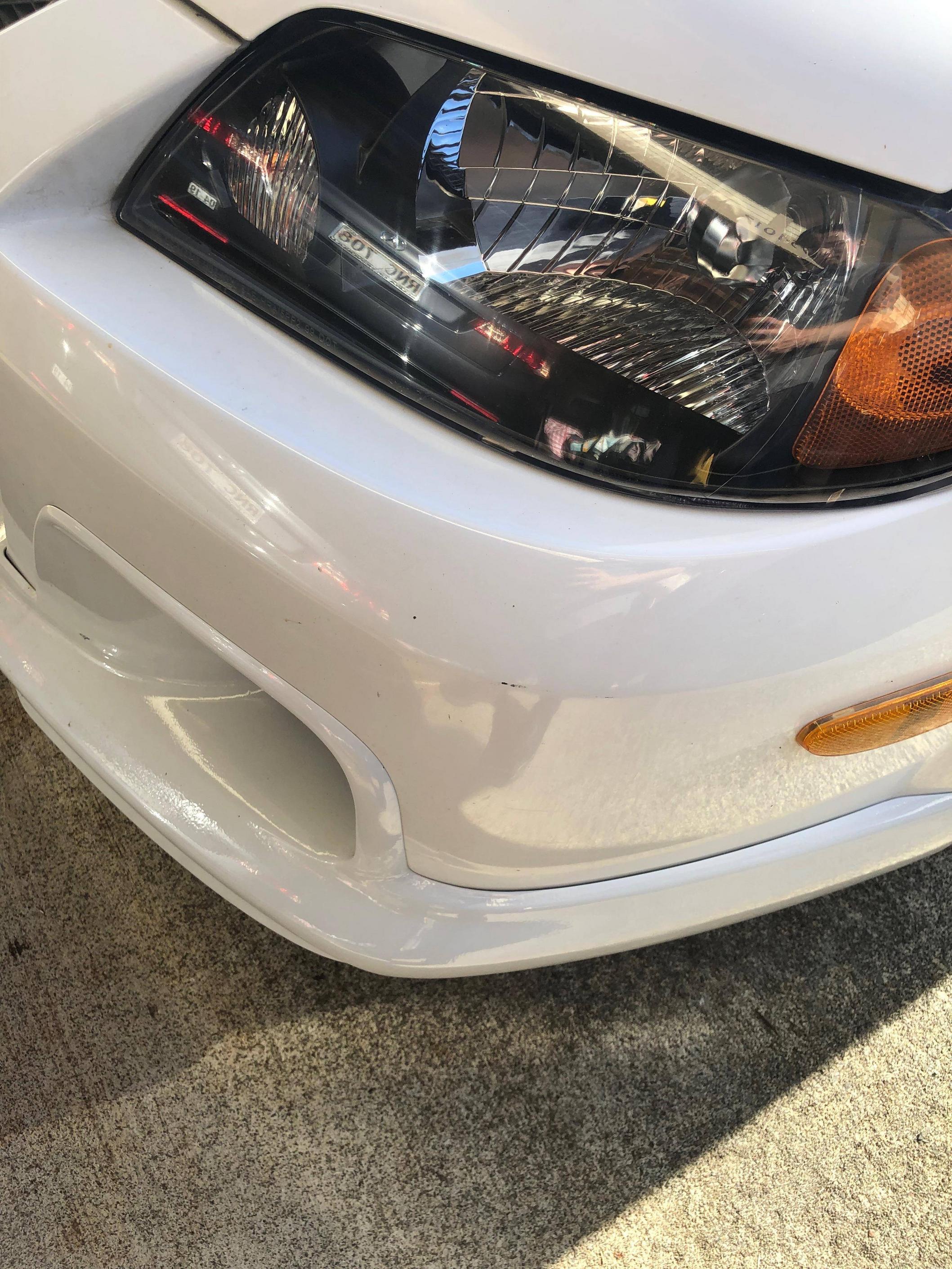 grffn said:
Thanks for all the information guys, very much appreciated. I think it persuaded me to hold off on that mount for the time being; will likely be used as a paper weight until then.
But... guess what arrived in the mail today >
Click to expand...

How much was the total in the end? I've been thinking about doing this myself.
G

stormkyori said:
How much was the total in the end? I've been thinking about doing this myself.
Click to expand...

i'm thinking you meant the exhaust; was $380 shipped via CR3 motorsports. Got here in 2 days.
G

Currently purchased and on the way:
BC coilovers
Leather seat skins
Headers

Hot damn, those Coilovers are going to be sweet! Negating the excessive dipping and bobbing makes for a more efficient corner-carver.

@Riot_Polizei I got some toyos on right now, but they sit pretty tall at 205 55.. gonna get some new wheels with tires that'll get me a bigger drop haha.

Coilovers are in, also installed the cf window switches. Thanks @NaturalFlavored !
Just a pic of the engine bay atm and the switches.
Picking up the headers tonight, leather interior should arrive this week then I'll get a bunch of pics going! 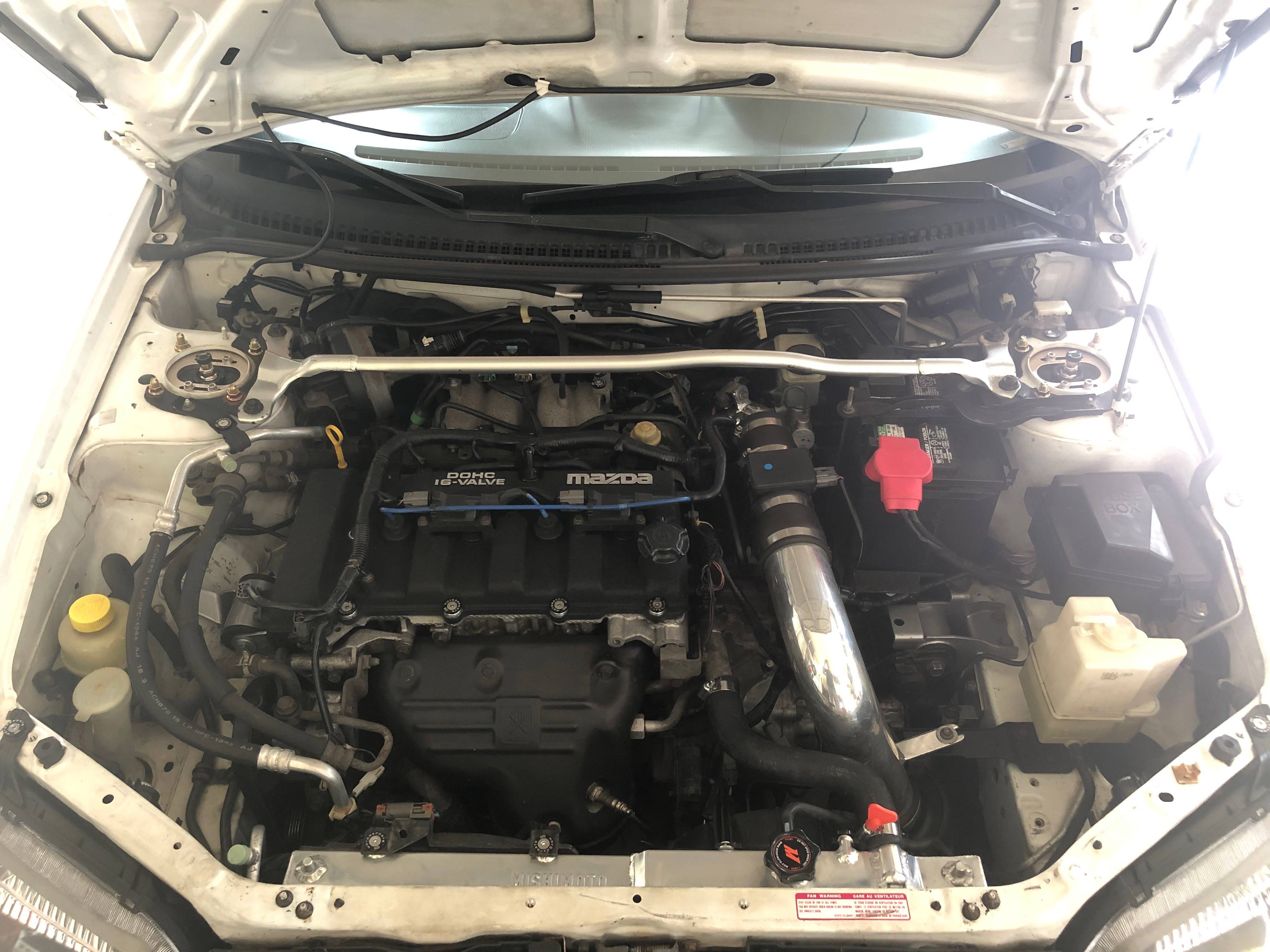 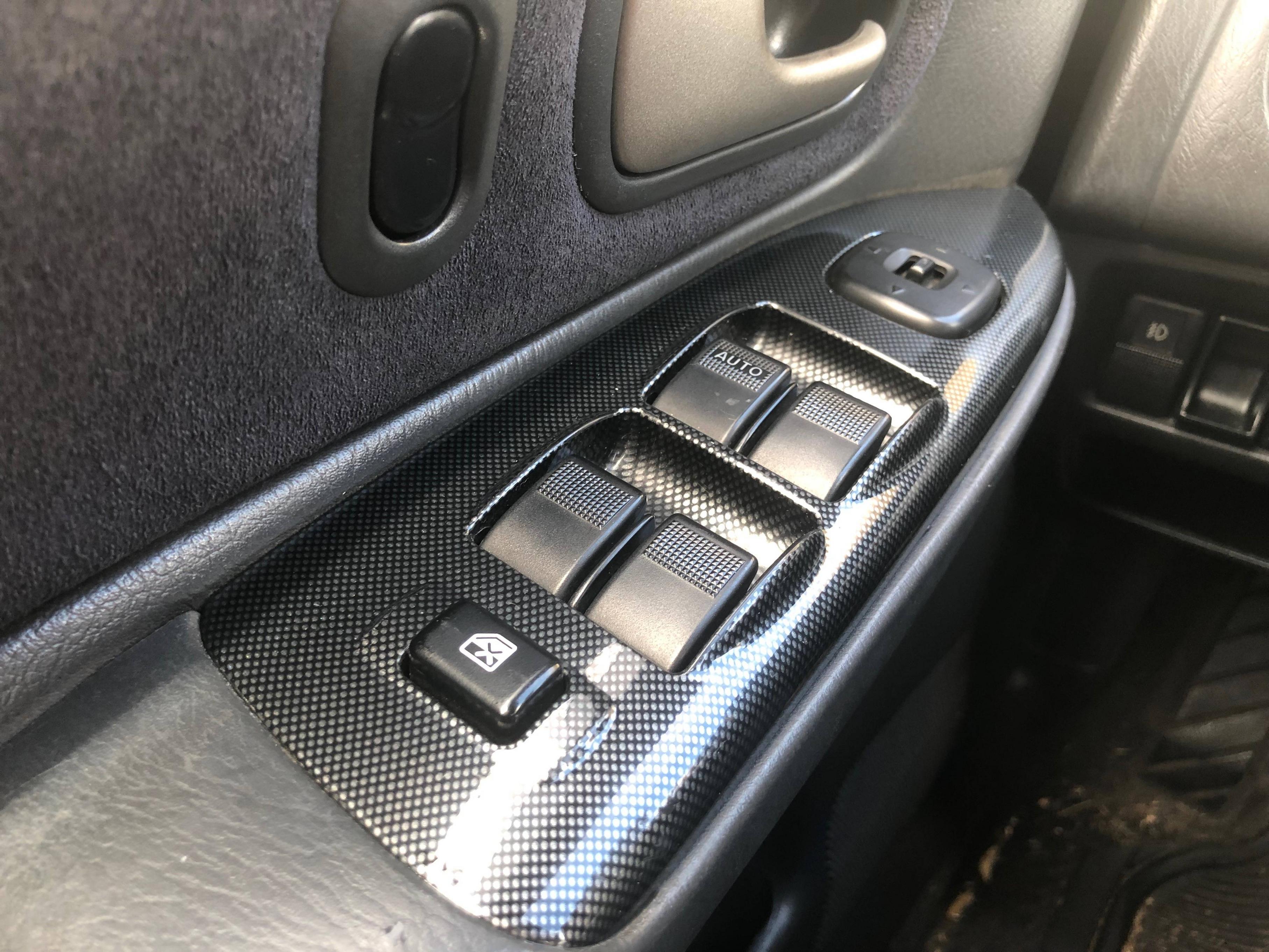 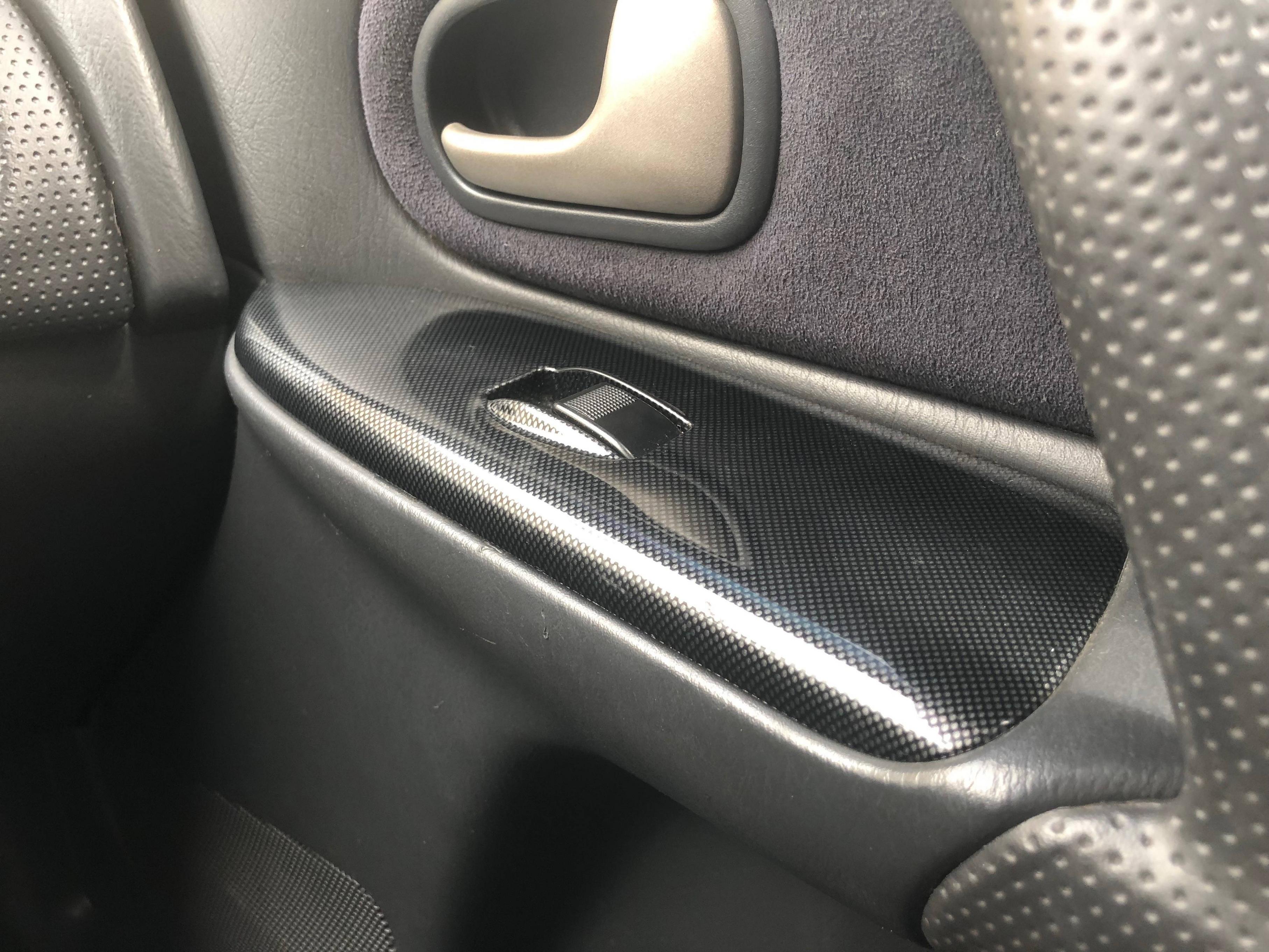 Hey man if your gunna do your header I would start soaking your EGR pipe in some penetrating oil. I just installed a 4-1 I got from NaturalFlavored, I ended up cutting mine off and putting a breather filter on. I'm loving your engine bay btw, super clean build man 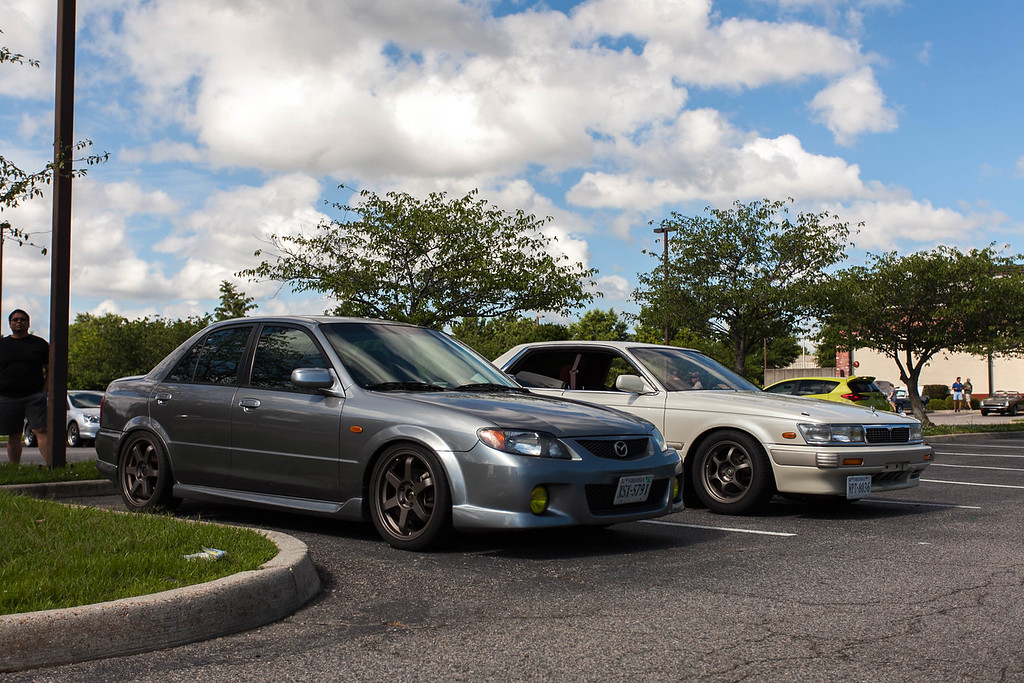 If you're on 16" wheels, you could probably bring the profile down to 45 or 50 for some additional lowering. That's for the next set of tires, though :^) 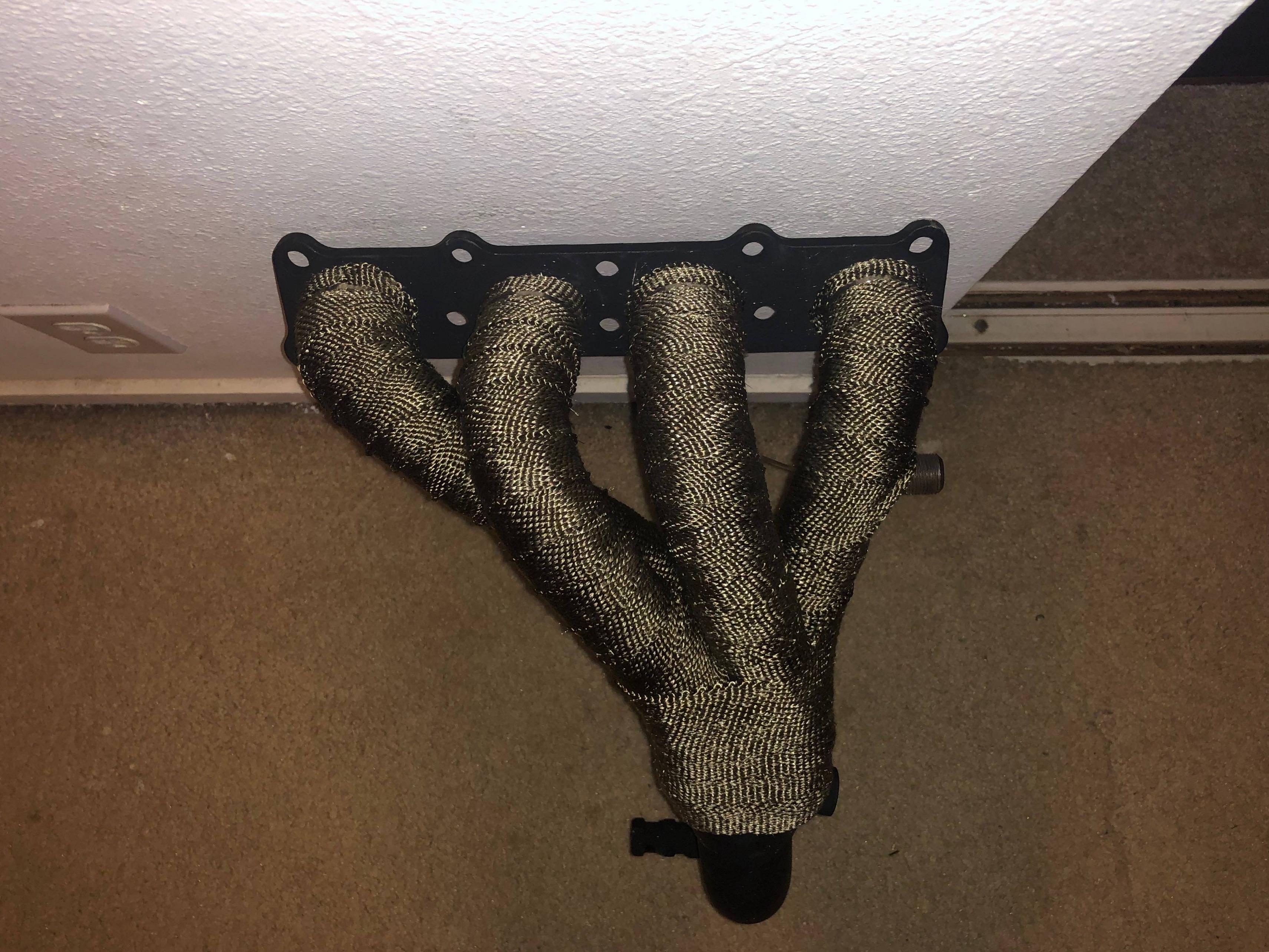 Aaaand they're in. Sounds a bit raspier than I'd like moving in lower rpms, will see how they are on the freeway.
Found out they're Manzo headers too.
Half my leather interior arrived, waiting on the second package which has the headrests/rest of rear seat skins.
Also had an intermittent starting problem going on, swapped out the ignition switch so we'll see.
It starts up most of the time, but at some random times it clicks and that's it; have to keep turning it until it cranks up.

Also got a squeaking noise coming from front driver wheel, usually when moving after parked. Squeals for first few seconds then it's gone. Not the belt btw!
Will have to look at it sometime. Got some new wheels coming in next week 17x7 +38
Likely throwing on 215/45's on them. 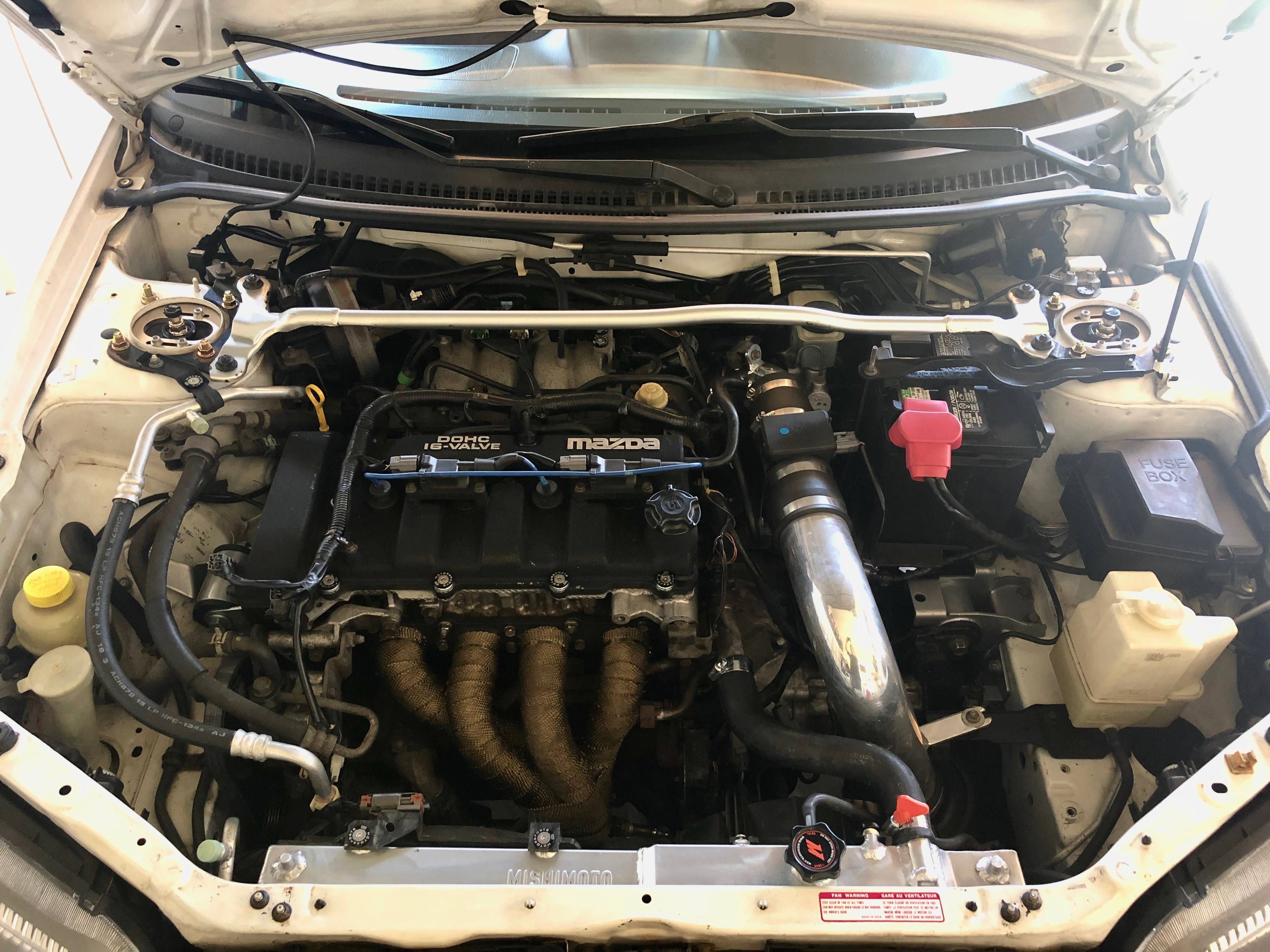 hey, there are these tabs on your front fenders that hold in clips for the fender liner. they're toward the front of the car. you should press those in with your hands to make more space. when i ran 215/45/17 on my 17x7 +40's, my tire caught that tab and ripped it downward. i bent it back after that but definitely mess up my fender a bit and i'm positive it would make you or anyone else unhappy. the 215/45/17 kept rubbing and that's the reason i switched to 215/40/17. it was time to get new tires anyway so ultimately it worked out. 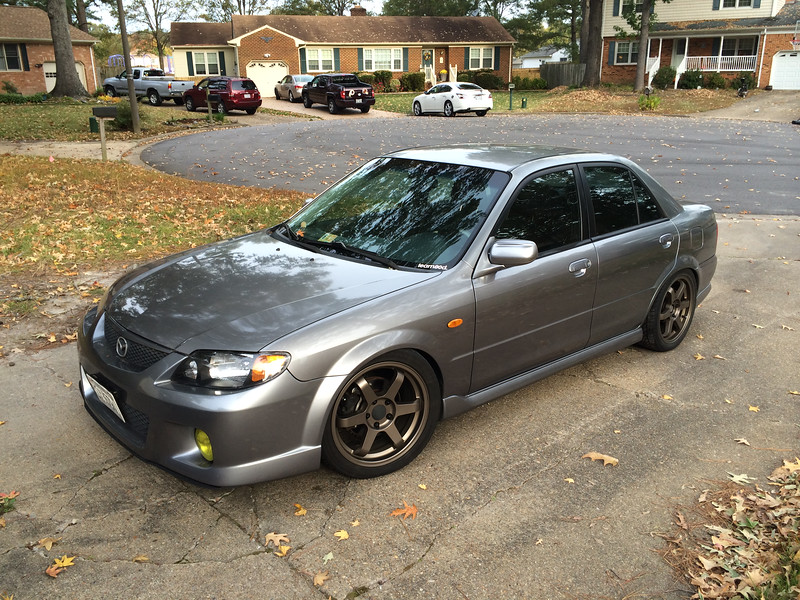 pic of 215/40. hard to see in the picture but it's the best picture i got of it. sometimes it bugs me but i'm over it 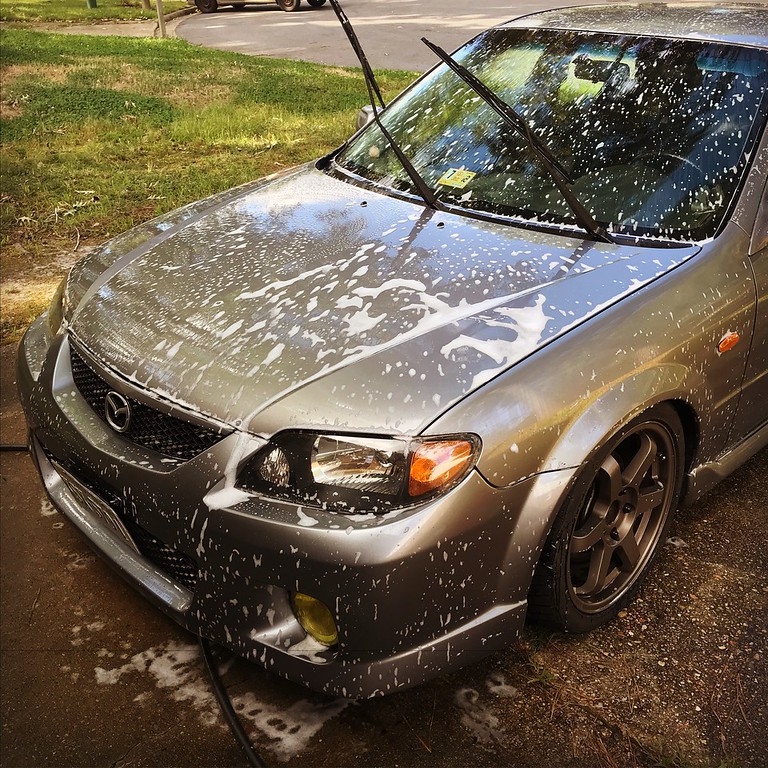 @323
thanks. I've been considering 215 40 but i'm worried about curbing the wheels. Might just get em to avoid rubbing. Wanting to drop a bit lower too..
You must log in or register to reply here.