fixed it. turned out to be a hose that goes from the evap purge solenoid to the intake manifold. it had 2 cracks in it I'm going to start doing TBT/throwback thursday posts since I have a lot of pictures I'd like to share. I'll post these whenever I can. It'll break up the mundane oil/boost leak posts that you all have to put up with

This is about 6 month's into owning the msp around 06/2009 to 09/2009. All that was installed at the time were H&R lowering springs, tokico mp3 struts, and AXR rear sway bar brackets. Parts were leftover from my mp3 that got totaled. 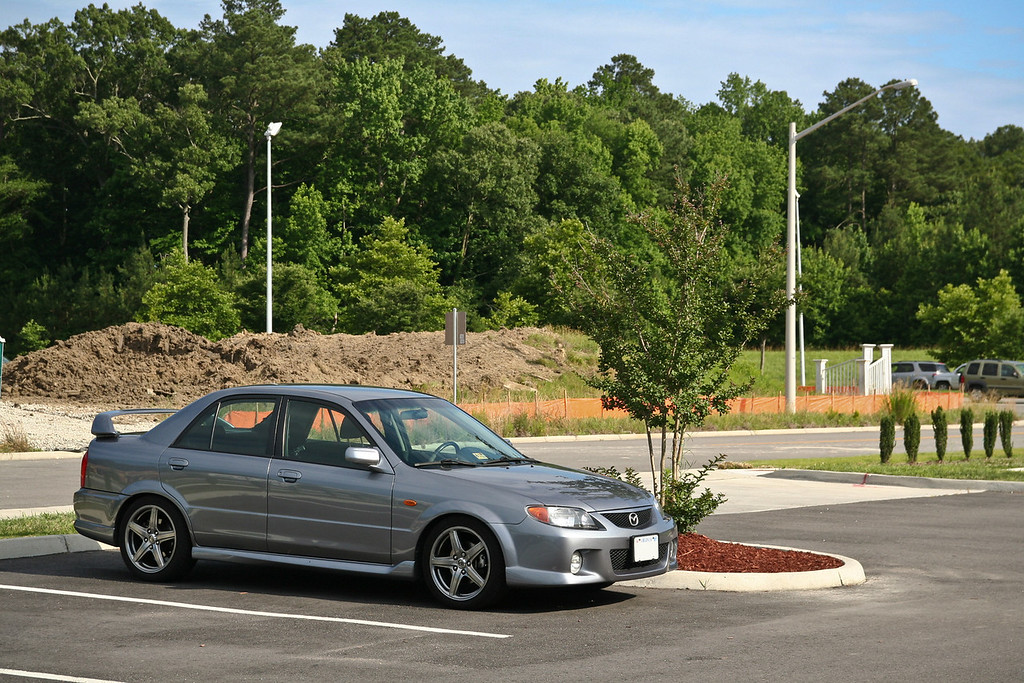 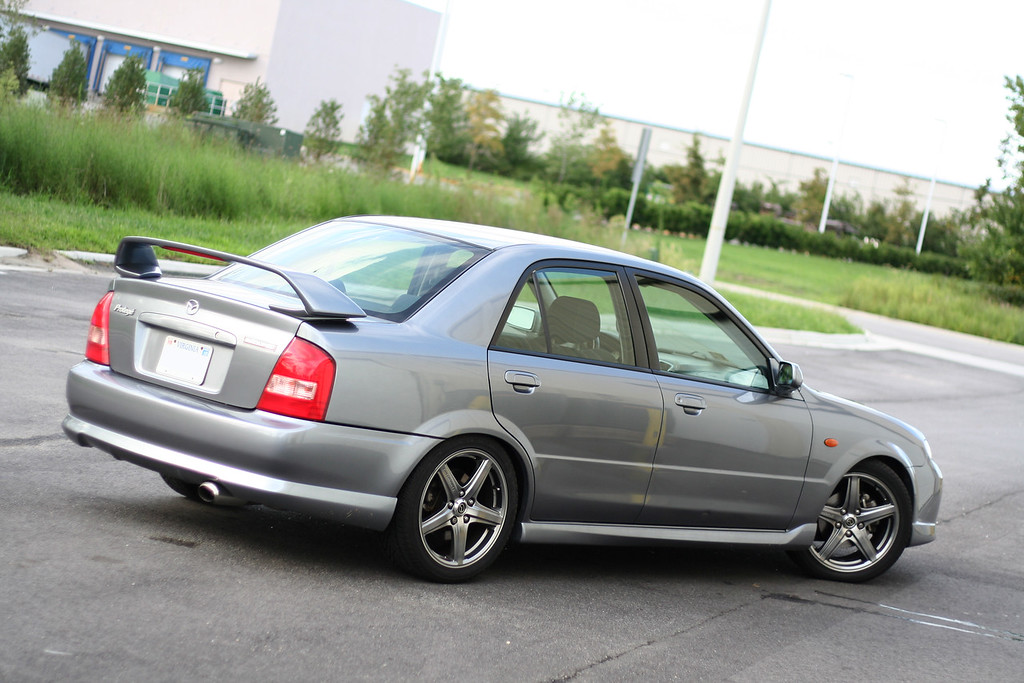 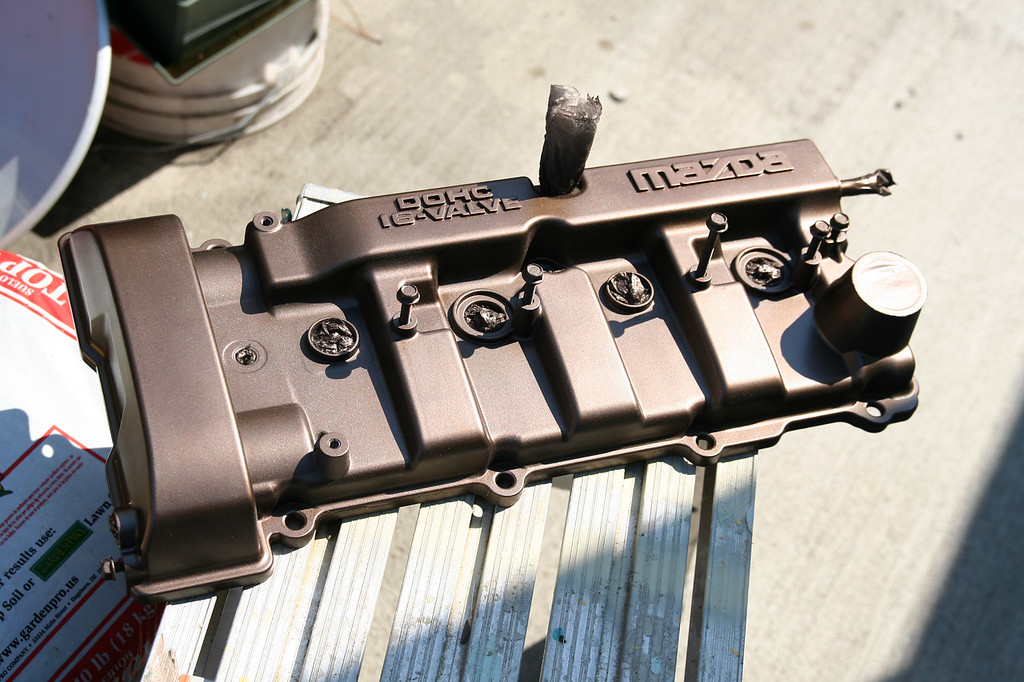 10/2009. Wingless time and tinted a little bit. Look at that shiny paint! These were taken at a meet in Richmond my friends and I called the pothole party meet. 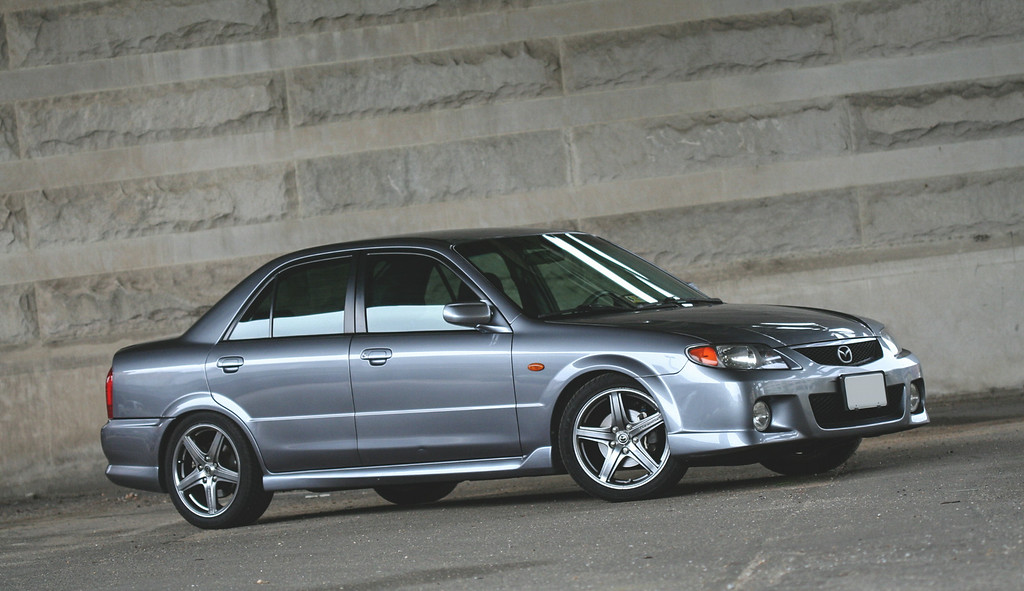 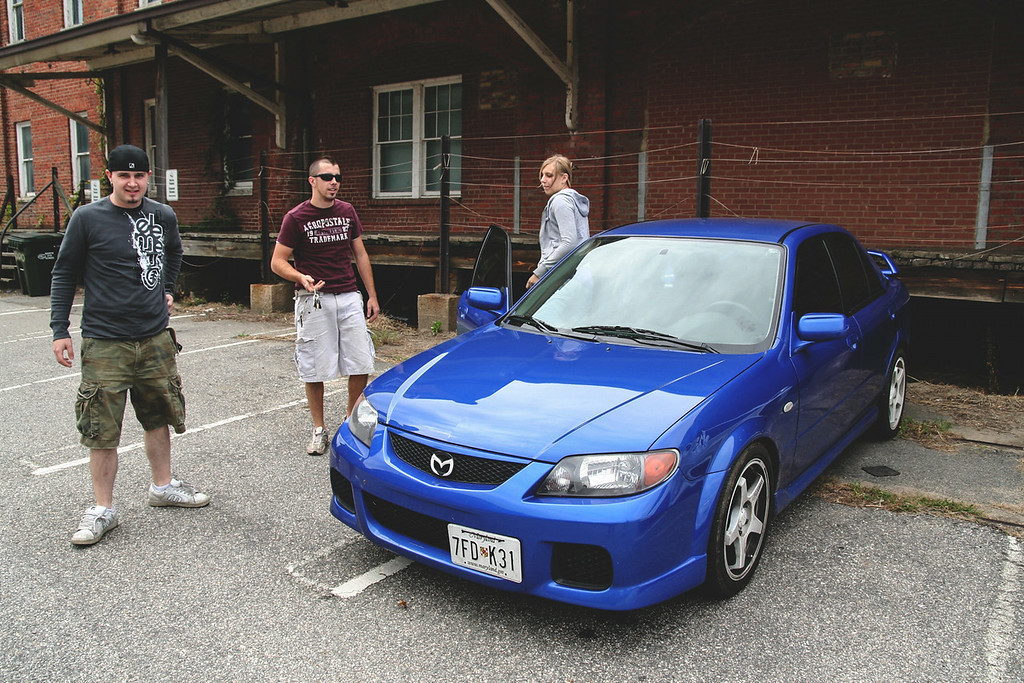 lmao. jobless with a mohawk.. what a loser.

liked the msp though.

Dpwhitehead1 said:
lmao. jobless with a mohawk.. what a loser.

haha things happen and we all grow. being self employed felt like being jobless sometimes but then i really went jobless for a few months myself. i had no idea what to do with myself.
D

323 said:
haha things happen and we all grow. being self employed felt like being jobless sometimes but then i really went jobless for a few months myself. i had no idea what to do with myself.
Click to expand...

you speak truth. and yes, it all happens and brings us to the present. I'm happy where I am now, so that's everything.

Wow man, those are some beautiful pictures. After staring at so many hatchback wagons, it's nice to see a sedan for once!

Seems like all you fellas know each other and have met up. I exist in a vacuum :^|
G

Riot_Polizei said:
Wow man, those are some beautiful pictures. After staring at so many hatchback wagons, it's nice to see a sedan for once!

Seems like all you fellas know each other and have met up. I exist in a vacuum :^|
Click to expand...

Thats the problem with you living so far away! We all live within a few hours of each other lol if you're ever on the east coast hit us up!
D

Phil(323) and I live 4-5 hours from each other but have met up a handful of times, and talk almost daily.

riot, definitely let us know if you come out to virginia

So to pick up from my last update, car hesitating under boost and me fixing vacuum leaks, I reset the ecu and bypassed my manual boost controller so it was back to about 7psi for for a week or so. It runs, but it's slow lol. Last night I hooked up the mbc again and immediately it started acting up under boost at various psi's from what I noticed, 5, 7, 10psi. I figured I would limp it to the closest parking lot to bypass the mbc again which I did. Left the car on while I did it. No more issues on my drive home. I'm not real sure what to make of it other than the mbc crapping out. Possibly a failing wastegate actuator? Maybe a crack is forming on my turbo manifold finally on a spot I can't see? I don't know. I'm just going to leave it as is until msp gets some upgrades over the winter.

11/2009, my friend Jon (jonridinhi) helped me install my fmic kit and my new painted valve cover. It actually took two sessions because I didn't have enough couplers the first time around. Engine bay was a mess but we had to get it working because at the time I took 200 mile road trips every weekend. Whatever works for now! I'll fix it later. I still can't thank the man enough. Helping Gabe do his fmic made me realize it was a lot harder than I thought. 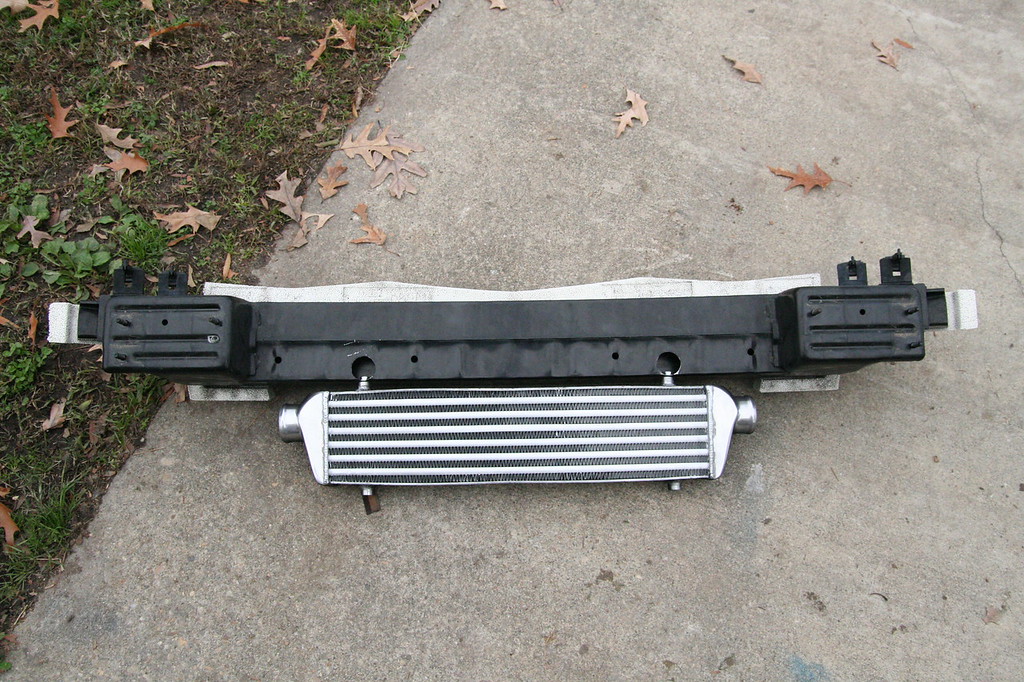 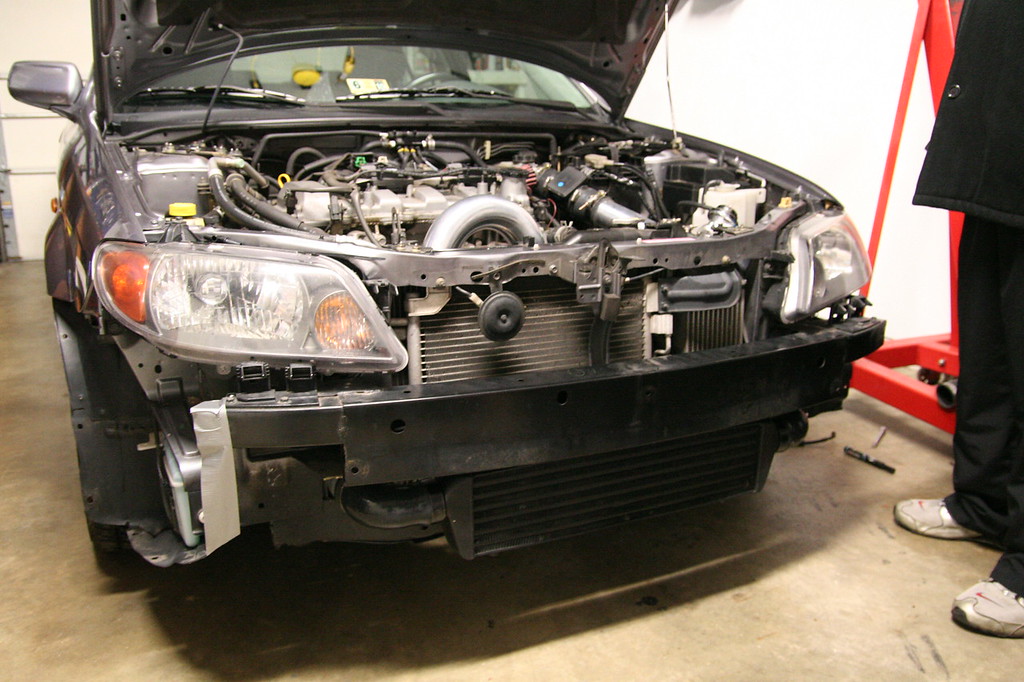 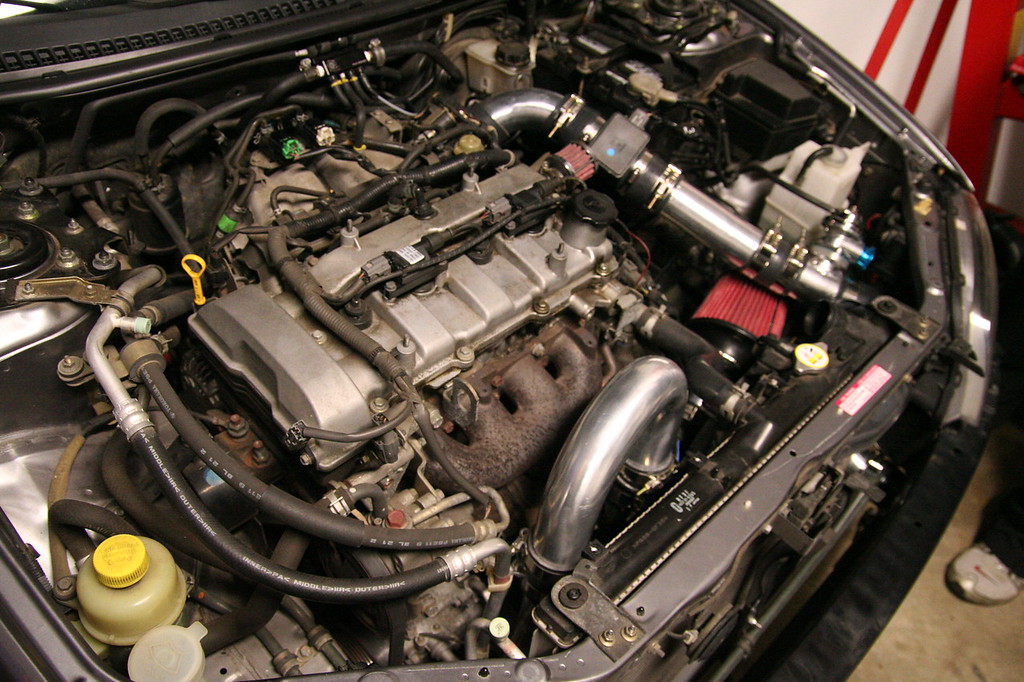 Could never get that greddy blow off valve working right so I went with an HKS a few months later. I still have it to this day. 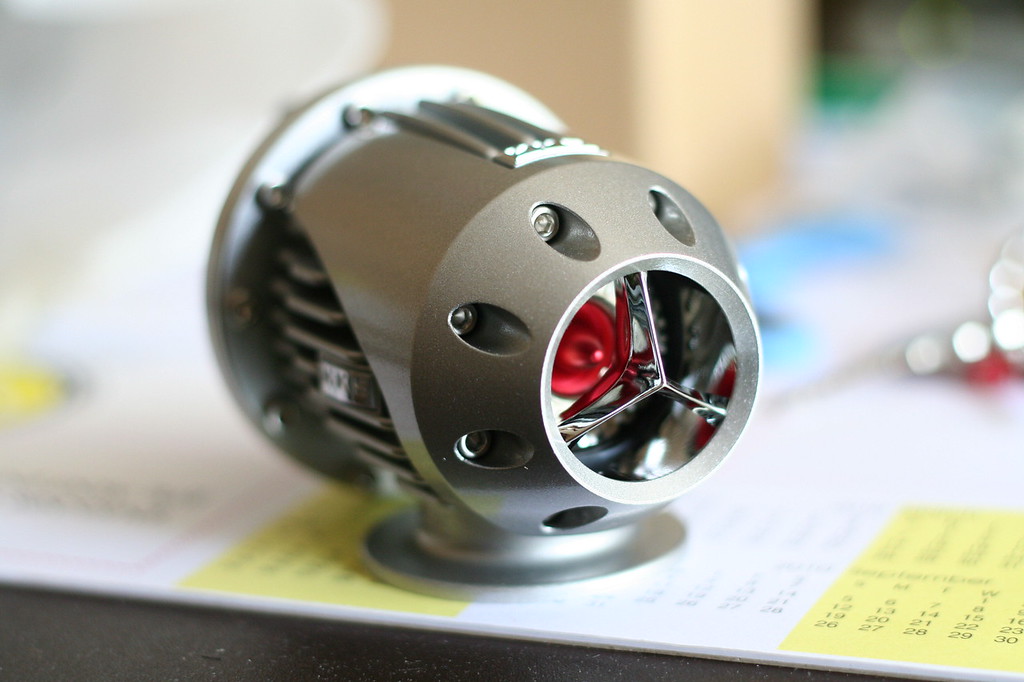 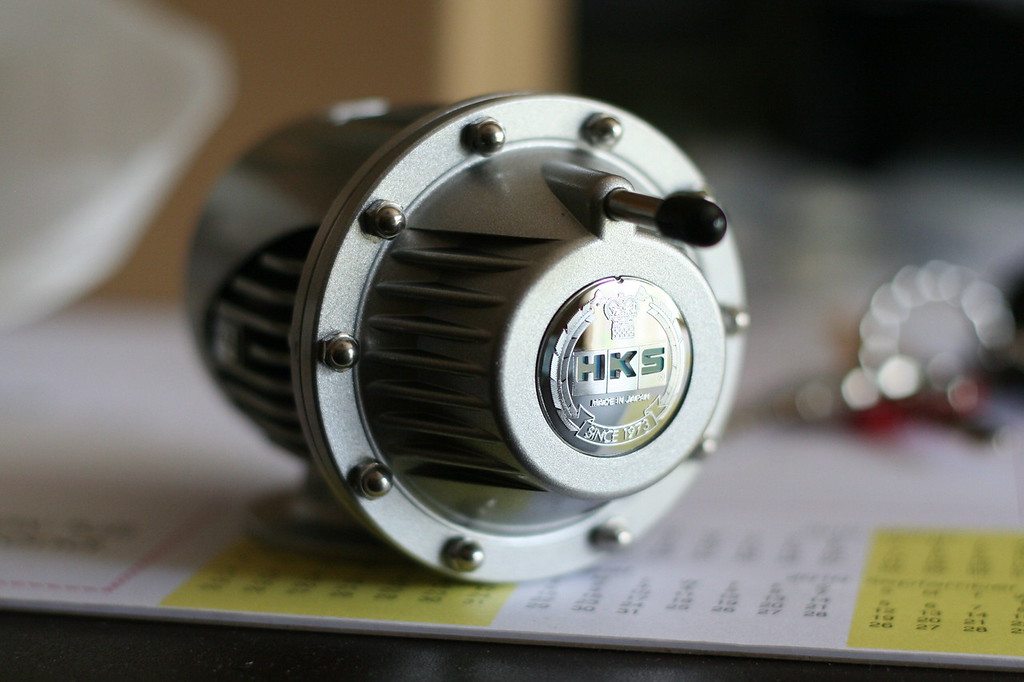 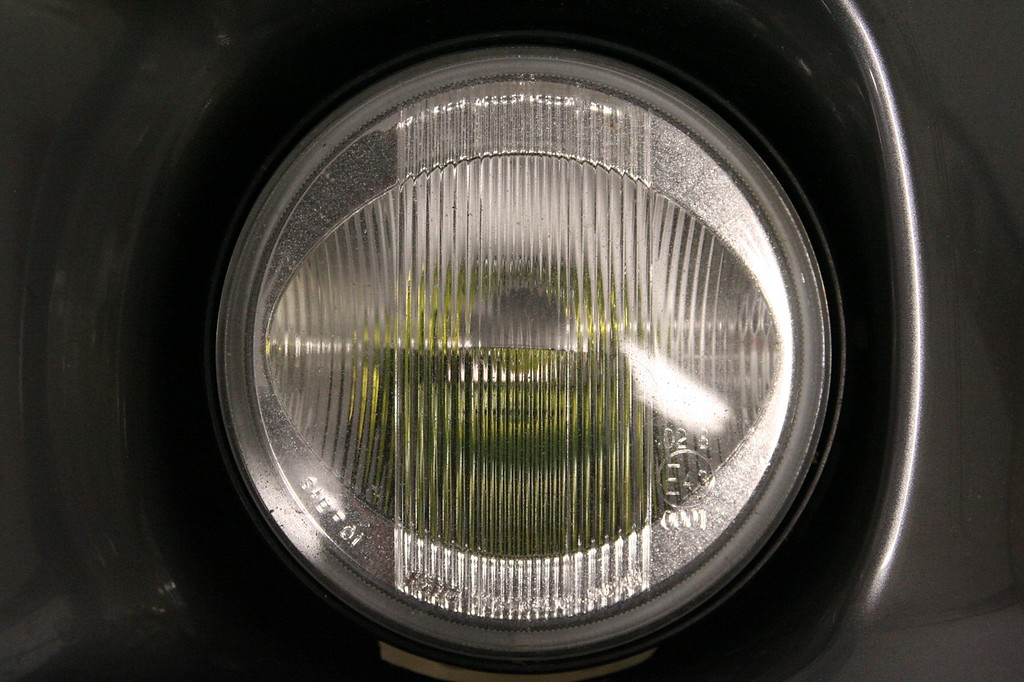 Friend even made me one of these for my boost gauge. 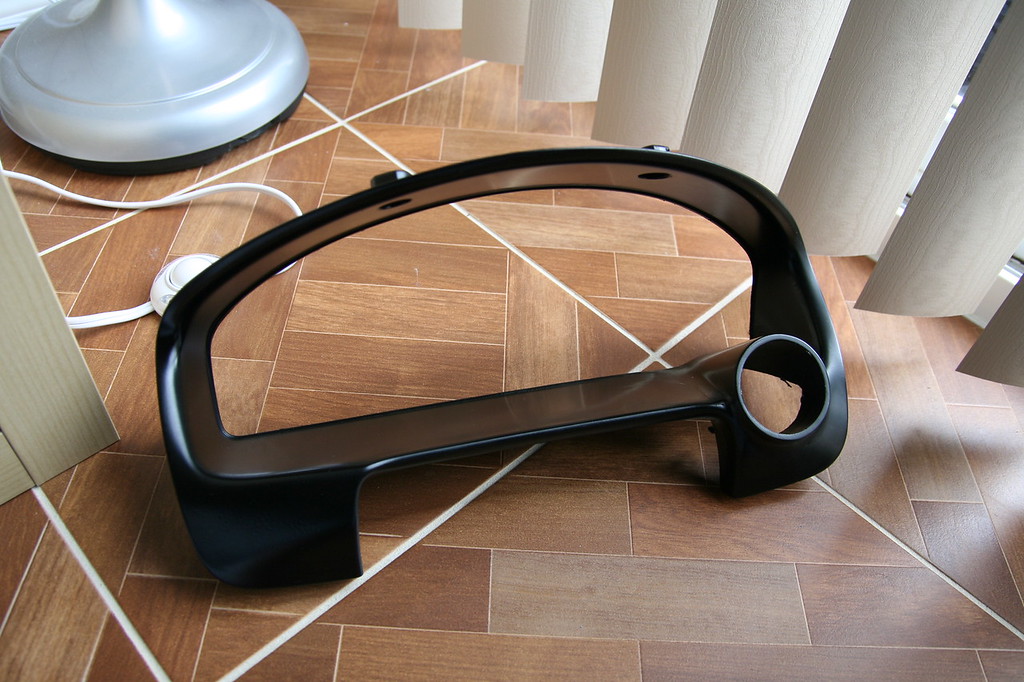 I'm not sure why i never noticed your gauge surround, but I love it.

The MBC is likely shitting the bed. If the car weren't acting right with the MBC bypassed- I'd suspect a leak or crack, but since it's only when that happens that's the likely culprit.

Front mount installs are never cut and dry, and often need many mods. I'm looking forward to do mine soon, only because it's an EVO core.

Lastly, the HKS is now, and will forever be the best sounding BOV on the market.

He made me a dual gauge bezel a few months later which is what I am still running!
P

I'm curious as to how somebody would go about making something like that.

Did he have a mold and pour in liquid resin ?

pcb said:
I'm curious as to how somebody would go about making something like that.

Did he have a mold and pour in liquid resin ?
Click to expand...

Nah. A mold would be awesome though. So it turns out the inner diameter of a 2.5inch pvc pipe holds a 52mm gauge perfectly. He basically cut up the bezel and used something to attach the pvc pipe into place, sanded it real good, and painted it with satin black paint.
P

Wow!
That looks awesome!
I can only imagine the mess I'd make trying to do that!

I'd probably end up having to buy a new bezel and duct-taping the gauges to the dash. lol 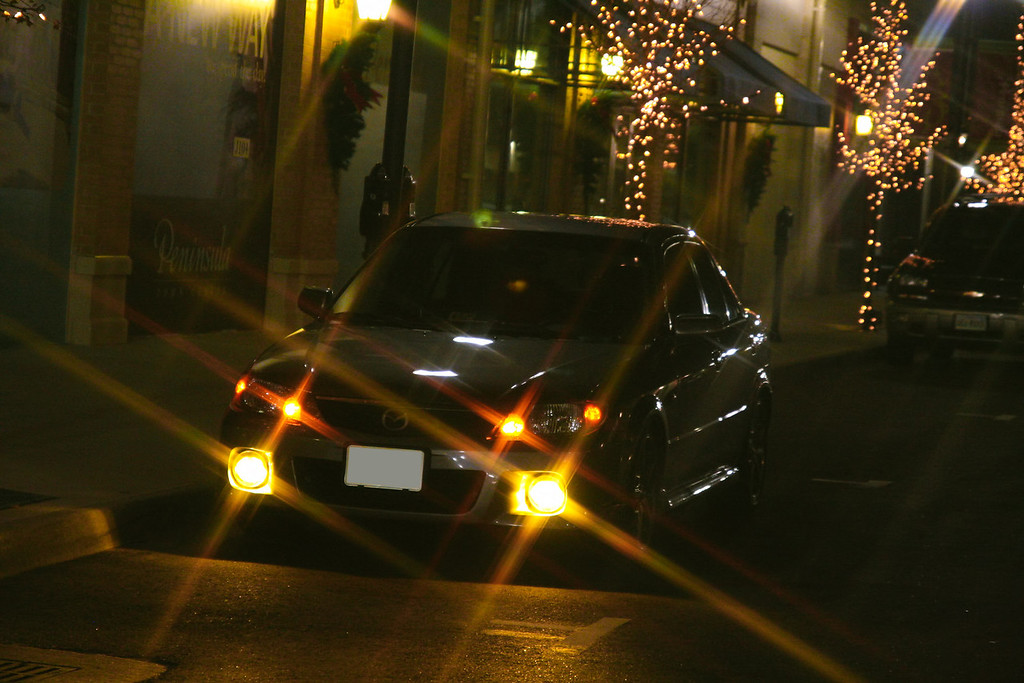 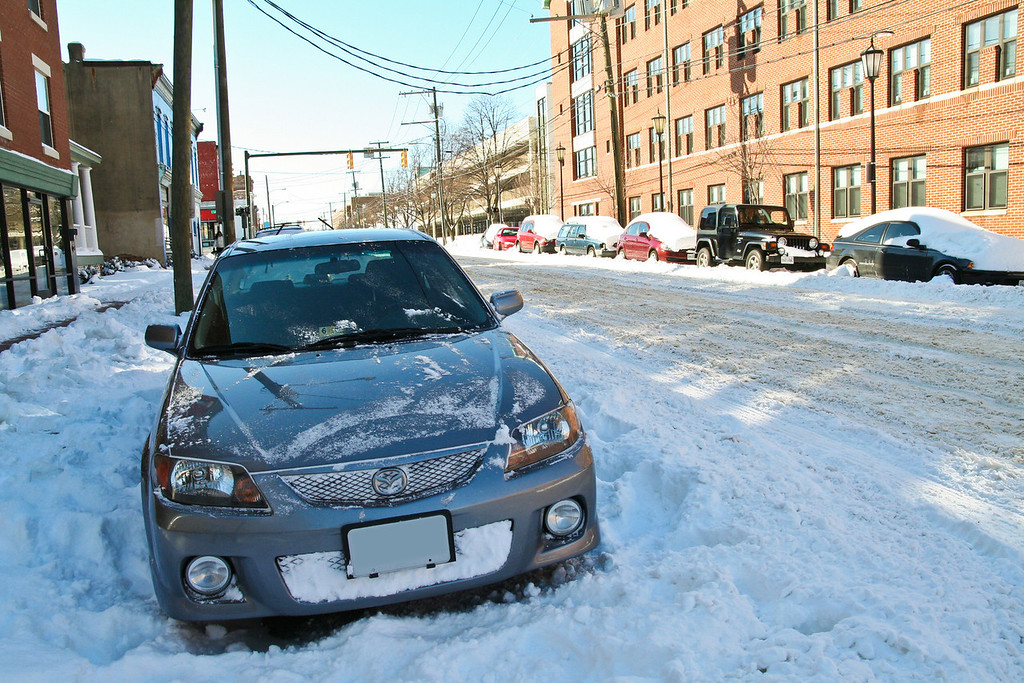 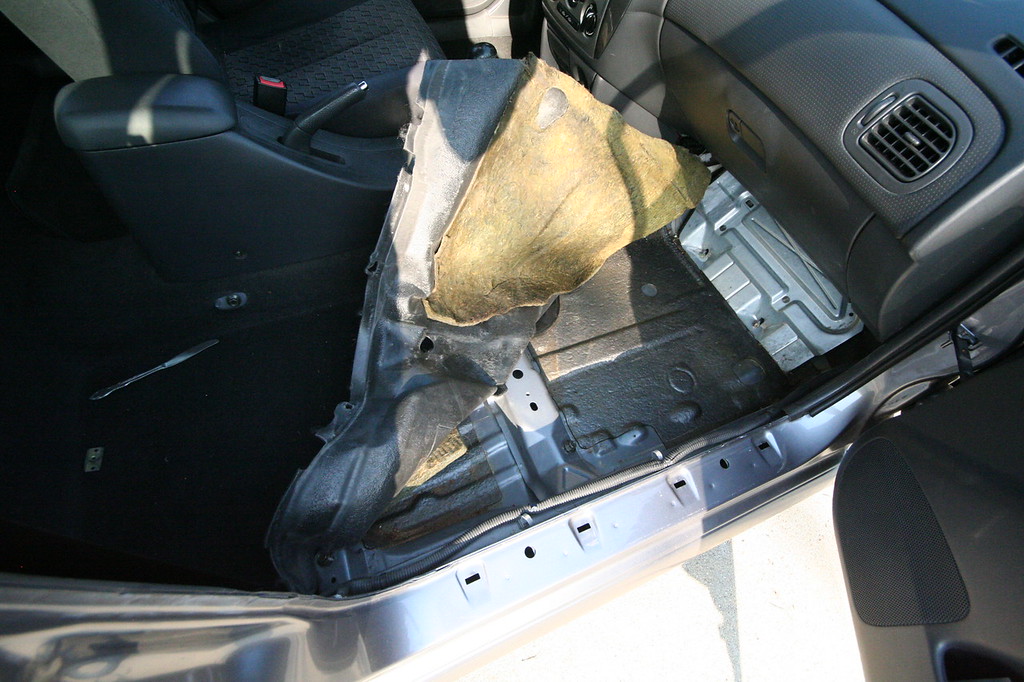 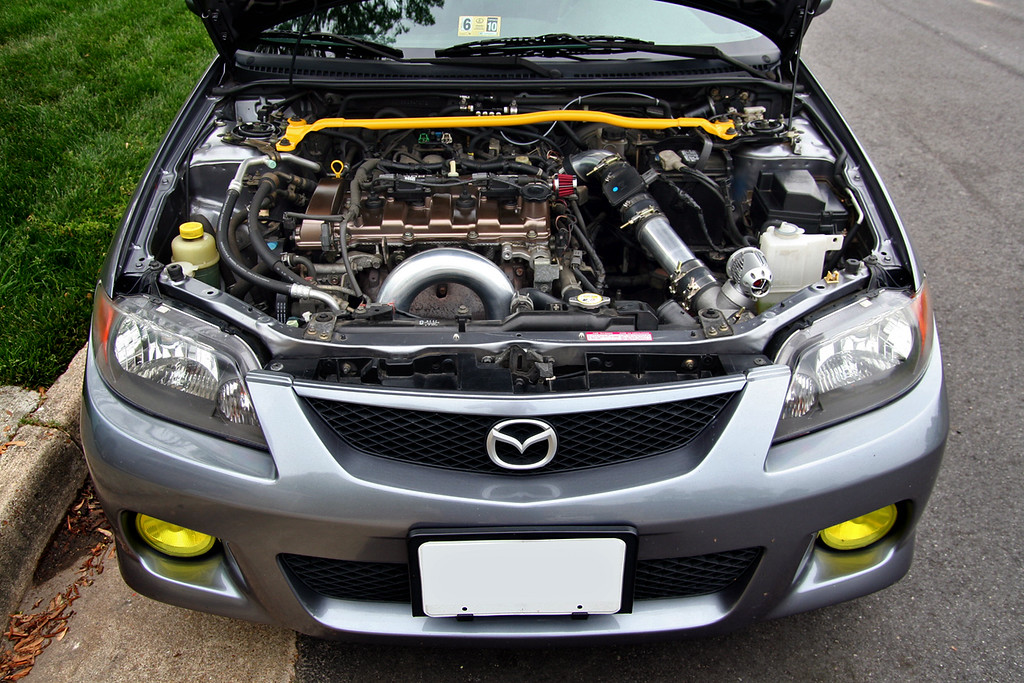 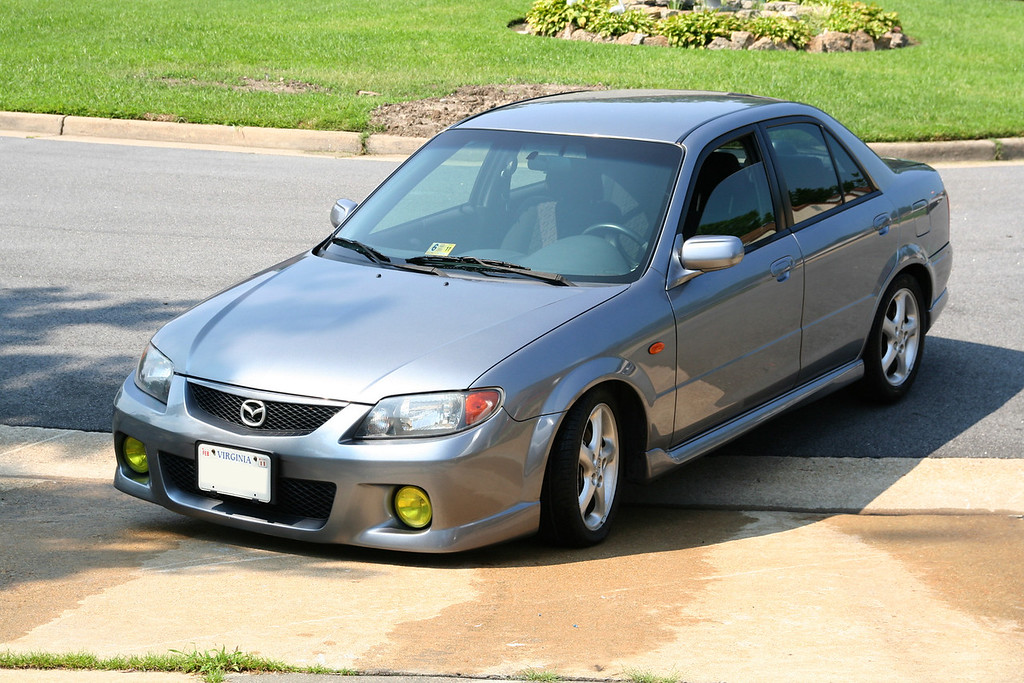 Where in VA are you at? Great cars!!! I want to see that MSP in person, I am considering to start upgrading mine after 16 years ownership.

va beach. depending on what part of northern va you're in, you're either really close to dpwhitehead or gabe710 hehe.

sigh, currently the msp has an issue which may be either bad gas or a bad fuel pump. it's really not helping me by not throwing any codes. i'm only entertaining the idea of bad gas because another boosted vehicle of mine is acting the same way under load/boost: surging hesitation and NOT abrupt fuel cut. few weeks ago, i got gas from a station i normally wouldn't for both of these cars.
F

Centreville, VA area. Recently had to replace my wastegate, shop got me OEM one with 7psi, now car seems slow. Guess car was boosting more than Mazda's 7 psi claim. Need to get back together with some Mazda peeps. Ping me next time you guys get together in the area!

Viper will be stored soon for the winter, so it'll be MSP til spring.
You must log in or register to reply here.