Fan blower will not turn on at any speed / AC light on at all speeds, no blinking

I know this problem has been beat to death on the forum, but I have tried several different things, but still no dice, looking for more advice.

My problem had the exact same symptoms as this thread:
http://www.mazdas247.com/forum/show...-blower-motor-resistor-amp-relay-STILL-NO-AIR!

Most of the time, I turn the fan speed switch, and cold air comes out. There were occasions when the fan would not turn on, but the AC light is on all the time (not blinking like most of the problems mentioned on the forum), and I can hear the AC compressor kick on and off when turning the speed switch between 0 and 1-4. I would then turn the AC light off, and leave the fan switch on 4 and drive for awhile, and eventually it would kick on. This has been happening on and off since I got the 2003 P5 used about 2 years ago. Today, same problem, but after 45 minutes of driving, the fan never kicked on.

I followed the above thread, but all my wires look great, nothing burned.

When I put a multimeter on the ground wires and the various speeds (which I assume is the same as using a jump wire), the AC light will come on, but the fan doesn't. So it doesn't seem like a switch problem, although I did try to clean the switch as mentioned in that thread and busted it trying to put it back together, new one on the way.(headshake

I think this would also mean that I don't have to the whole wire crimping hot glue craziness that goes on in this thread:
http://www.mazdas247.com/forum/show...ion-To-Flickering-Fan-Speed-2-Or-3-A-C-PART-2
I don't have the flickering problem.

So I thought it would be the Blower Motor Resistor, so I bought one from the local autoparts store, replaced it, and fan still did not come on.

What else can I check? A fuse? Is the actual blower motor failing? Seems to just be a faulty wire, but where?

Thanks for your help!
P

Check to see if you have voltage going into the blower motor itself. (it may be less than 12 V at different fan speeds)

If there is voltage right at the motor and it's not turning then the motor is bad.

I serviced my blower motor... you can use this link for reference... 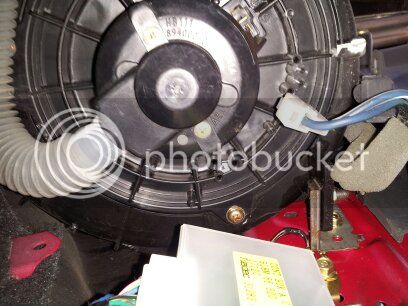 pcb said:
Check to see if you have voltage going into the blower motor itself. (it may be less than 12 V at different fan speeds)
Click to expand...

PCB, thanks for the info and the great writeup!

Turns out I was able to get the switch back together, cleaned the contacts with rubbing alcohol, and I reinstalled it this morning, and now the fan is blowing on all speeds.

I am hesitant to call this fixed, as it could be that it was 95 degrees yesterday when the fan never came on, and then sitting overnight, and waking up to a "cool" 75 degree morning allowed something to shift. I will keep this thread updated when/if the problem happens again. My next place to check would be what PCB recommended.

For others who may be going through the same issue:
I followed these directions on removing the center control panel:
http://www.mazdas247.com/forum/show...rol-Panel-LEDs&p=840091&viewfull=1#post840091

Replacing the Blower Motor Resistor:
I couldn't find the exact post with pics/directions, but the resistor is located behind the glove compartment, you will see a white plug with 4 wires. Remove the two screws, and it will pull right out. Most auto parts stores carry these. About $40.

I took it apart, and cleaned all the contacts with some rubbing alcohol.

Where I got into trouble was trying to snap it back together. There are two springs and a ball bearing. When I tried to push the whole unit back together, the ball bearing wasn't seated in the space it was supposed to be in. Once it was in its place, everything snapped back, I broke off a small chunk of plastic that would hold it together tightly.

I ordered a replacement Heater Fan Control Switch like this one, and will hold onto it in case I have problems with my current one:
http://www.amazon.com/dp/B0082GUM3Y/?tag=m20b7-20
Last edited: Jun 18, 2015
P

Check for voltage right at the blower motor connector itself without unplugging it. Poke your multi-meter probes right into the connector.

It's possible that the felt that holds the oil in the motor is all dried up and the shaft is all sticky. Then over time with it turned on, it heats up a bit just enough to release and start spinning again,... till the next time.

It all boils down to whether the voltage is making it all the way to the motor.


P.S. Our fan switches are complete crap,... they are not designed to deal with the 8-12 amps that run through them and burn up.

I made my own fan switch bypass with relays,.. now the fan switch only switches the relays,... it's been two years and still kickin' ass... 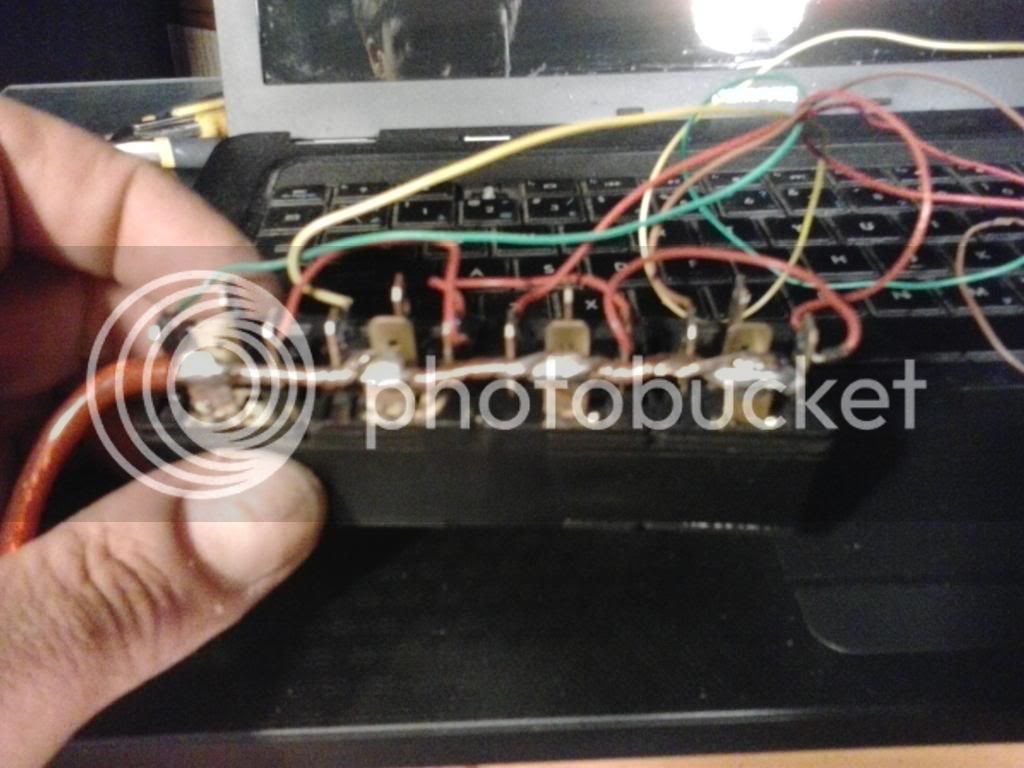 S
Fan Speed 1 and 2 not working