Good and bad news.
Good news: I got the new exhaust gaskets on.
Bad news: I think the right rear strut bit the dust... It sounds terrible whenever I go over a bump or push down on the bumper. Anyways to verify this? Can it be fine one day and then bad the next? 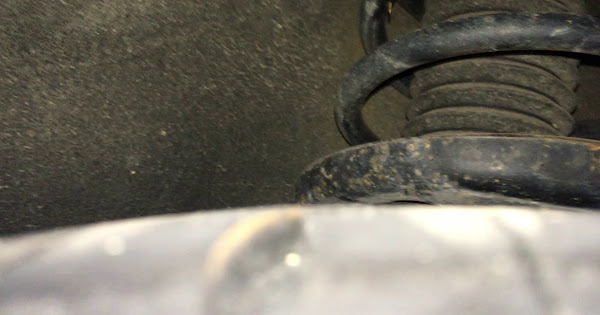 I'll pull it in the garage this week and remove the interior pieces I need to so I can see what I'm dealing with, fun...
I was hoping to get it inspected this week.
L

Check the swaybar end links and mounts, those are quick and easy to replace

Hopefully it's nothing major!

Clunky banging. Its definitely coming from the right rear. First I thought it was a stick so I pulled over, okay no stick. Then I kept going and it was clear something was wrong, I thought the wheel was falling off. Any time I go over a bump or push down on the bumper, and if I grab the right rear wheel it seems to have some shake in it. Idk I'll jack it up and inspect further. I felt for oil today and didn't get any. I'm just surprised that one day it'd be fine and the next day so bad I think the wheel is falling off.

The strut assembly is bouncing around and the top of the wheel well where it mounts is pretty crusty. To anyone in the future taking on this task, there are about 3 clips that aren’t shown in the shop manual/diagrams that need to be removed as well as the little tool tray thing around the spare tire.
I guess I’ll order a Monroe quick strut and start figuring out the replacement process.
Anything else I need to order? 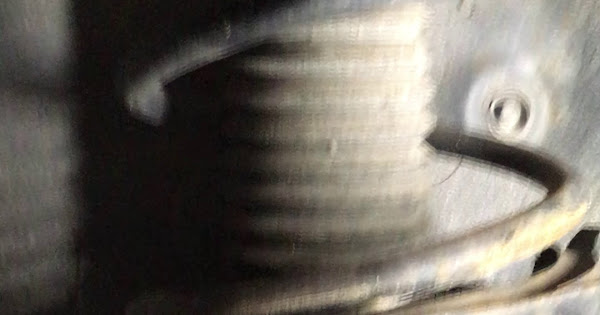 I finally had a full day to get the strut done and it actually went really smoothly. I did spend about 40 minutes trying to reuse the sway bar end link before deciding to buy a new one and cut it off. I probably could've ordered just the mount because that rusted and was causing the noise but I just went ahead with putting in the whole thing since I had it. Then I lazily cleaned up the tower and threw some paint on it. Next, I need to try to realign the drivers strut to fix the camber. The system too rich code is pending, given there are so many possible causes, is there some testing I can start doing? I've still got some seafoam to use next time I get gas. I had the same thing happen.

Luckily the body panel it mounts to doesn't rust out as well, or we would be FUBARed. Lol

Maaaan that is nasty! Good work on the repair though, should ride a whole lot better now!

I'm thinking I'll tackle the front strut camber today. Looking at this diagram I'm not really understanding. What is the mounting block that I'm turning? Right now I've got positive camber so I assume I'm putting it to C. I don’t see anything that’s indicating a direction other than this white dot?
Edit: I guess that’s it but the passenger side doesn’t have a dot. Moderator
There should be a painted dot on the top hat which they refer to the direction indicator. Some aftermarket units may not have this mark though but I think right under the top hat, there's a more square piece (? it's been a while) that may have a notch on it. I had to use that as a point of reference in the past.

Edit: Yeah that white dot is it!
P

Yeah, it's the white dot.

Once the 4 nuts are removed there's still spring pressure from the control arm pushing up on the strut.

You push down on the middle nut of the strut or maybe on the tire to lower it, rotate it and it springs back up.

I don’t touch the nut in the center, correct?
How am I spinning the mounting block? That seems much easier said than done.

You leave the middle nut alone. That's to disassemble the strut. You just push the threads of the four studs down low enough to clear the top hat turn it and let it spring back up it's actually quite easy.

Got it, thanks! Hopefully this fixes the camber and if I’m lucky the steering return issue as well. Take a look straight down at the top of your passenger side strut.

Some aftermarket struts are centered and aren't adjustable.

Thanks, I figured out why that side doesn't have a mark just after I posted that. Awhile ago, before I sold it, I was working on something and noticed some rust around the strut so I cleaned it up and painted it, so the mark got painted over I'm sure.

I had noted a significant loss in power when I bought the car back, obviously these cars aren't fast but I remember it being quite peppy. My theory was that the piston rings had gotten so bad that a lot of gas was getting to the oil, which I'm sure it is, and that resulted in the bearings going bad, causing the loss of power. However the more I think about it, I think the trans is the culprit. The engine seems to rev fine, it just doesn't accelerate as it should. The fluid looks clean, I'm thinking the PO changed it. When/if I get it registered I think I'll try some Lucas slip fix on the off chance it helps. If you just need to center it, then it's not too bad, but if it's pulling to one side, it can be annoying to always be pulling up or down on the steering wheel.
Please log in or register to reply here.