So I just bought back my 03 P5 after selling it last year and I plan on fixing it up and making it a nice daily. Some backstory, my family purchased it in 2012 from the dealer as my sister's first car with 130k I believe. When she moved onto another car I started driving it every once in a while but when it started giving me problems last January I sold it. As my mechanical knowledge grew I regretted selling it and so a couple of weeks ago I contacted the new owner and said I'd be interested in buying it if he ever decided to sell it. He told me that he had let someone drive it and they slid into a curb. He assumed there was frame damage and planned on scraping it, so I went to look at it and saw a very badly bent control arm but the unibody looked straight. So I bought it back and here we are. It has a very long service history, always serviced at the dealer up until we bought it in 2012. However it has burned oil and smoked out the exhaust since we bought it in 2012. I've got parts coming that should be here Thursday. I ordered inner and outer tie rod ends for the drivers side, drivers side control arm, spark plugs, exhaust gasket, and sway bar link. There's the lengthy introduction now I'll post some pictures. 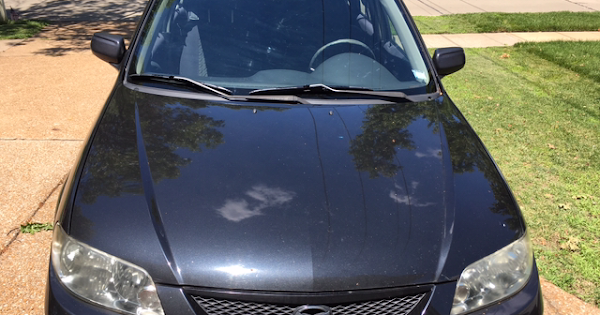 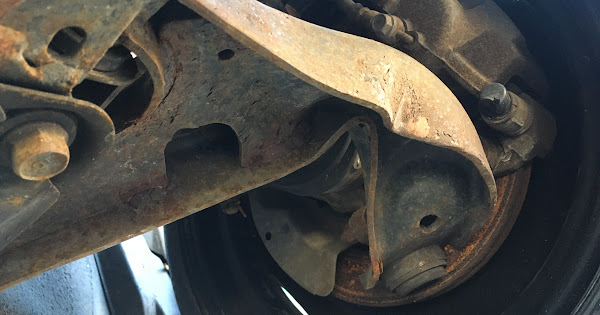 The reason I'm doing google photos is because I guess you can't upload more than one picture at a time on here?

As for pics, would our new “Media” feature help? You can create albums and embed them etc...Here it is...

Thanks. I'll try the media in the future.

Yay a new P5 build! It was getting lonely in here lol

Sounds like you've got your work cut out for you, should be a good project!

Any plans to upgrade stuff or are you planning to keep it factory for now?

I just glanced through your thread earlier, good stuff.

I’d definitely like to do some performance upgrades but I’m not sure the benefits will outweigh the cost. Currently I’m trying to make a cheap daily out of it, hence why I only bought the suspension parts for one side lol.

Also, I have to improve the headlights, I remember driving around at night and man are those things terrible. Maybe just led bulbs. Idk if there's a common fix like an upgraded headlight harness?

Parts should be here tomorrow then I need to recruit a friend to come over and the weather to cooperate.

I found the pictures from when I did the valve cover gasket in 9/18. How's everything look? Here they are now with only 4,000 miles on them I smell gas around the rear of the car and did last time I owned it. Not sure if there's a common leak point on these? I'll investigate eventually. A leak might explain the CELs
Last edited: Feb 7, 2020
P

What are your CELs?

A bad seal on your gas cap can leak gas vapor.

When I smelt gas it was my gas tank and I had to replace it.

The car also vents vapor pressure normally through its valves especially when it's hot out.

Check your mating surfaces between the gas cap and filler neck.
Last edited: Feb 7, 2020
Please log in or register to reply here.