Android head unit. What do I need to know before buying?

I'm looking at replacing the OEM head unit in my '12 with an Android unit. What do you consider to be the required specs? Android version, ram, etc? I'm not looking for top of the line, but don't want it to be obsolete in a year. I'd like to keep the steering wheel controls, and maybe the center dash display capabilities.

It looks like I can get a direct fit or one that will need a trim kit to fit. Pros and cons of either?

Link to one I am considering:

Can anyone recommend one they're happy with?

I've been shopping for one. Can't quite pull the trigger b/c I really don't 'need' it... The biggest draw back to conventional radio is cold boot up time and they will never have HD Radio (license fee, you'll need to go mainstream if you want that).

I can't say which brand is better than the other but here are a few things to be aware of.

1) Golden Rule, You get what you pay for.
2) If you can't see a pic of the BACK of the unit, avoid it.
3) Looks one ones that is housed in a more traditional DIN unit housing (newer models). Avoid the ones that have a flat back, like a tablet (older models). If they don't show you a pic of the back, it's a cue to avoid it.
4) RAM is most important. If the listing does not specify the type of RAM, avoid it.
5) CPU is a close 2nd. If the listing does not specify the processor by model number, avoid it. PX6 is latest. You can google the chip number and get an idea of bench test speed/heat, and the latest smart device that uses that chip to get an idea what to expect. To ensure longevity and smooth operation, add heat sink to chip or fan to case.
6) You need to pay attention to the spec list to know what sound processor amp is built-in and Bluetooth version. You want one with DSP so it doesn't sound like crap (and/or add amp).
7) If anything less than Android 10, it is already OLD (MFG can flash old stock with Android 10). Higher version of Android usually means it takes up more system resources.

Shopping for Cheap For Universal at bosion Official Store and more from on Aliexpress.com ,the Leading Trading Marketplace from China

Any first gen'ers wanna(be) try this and pretend to hang with the Tesla crowd? 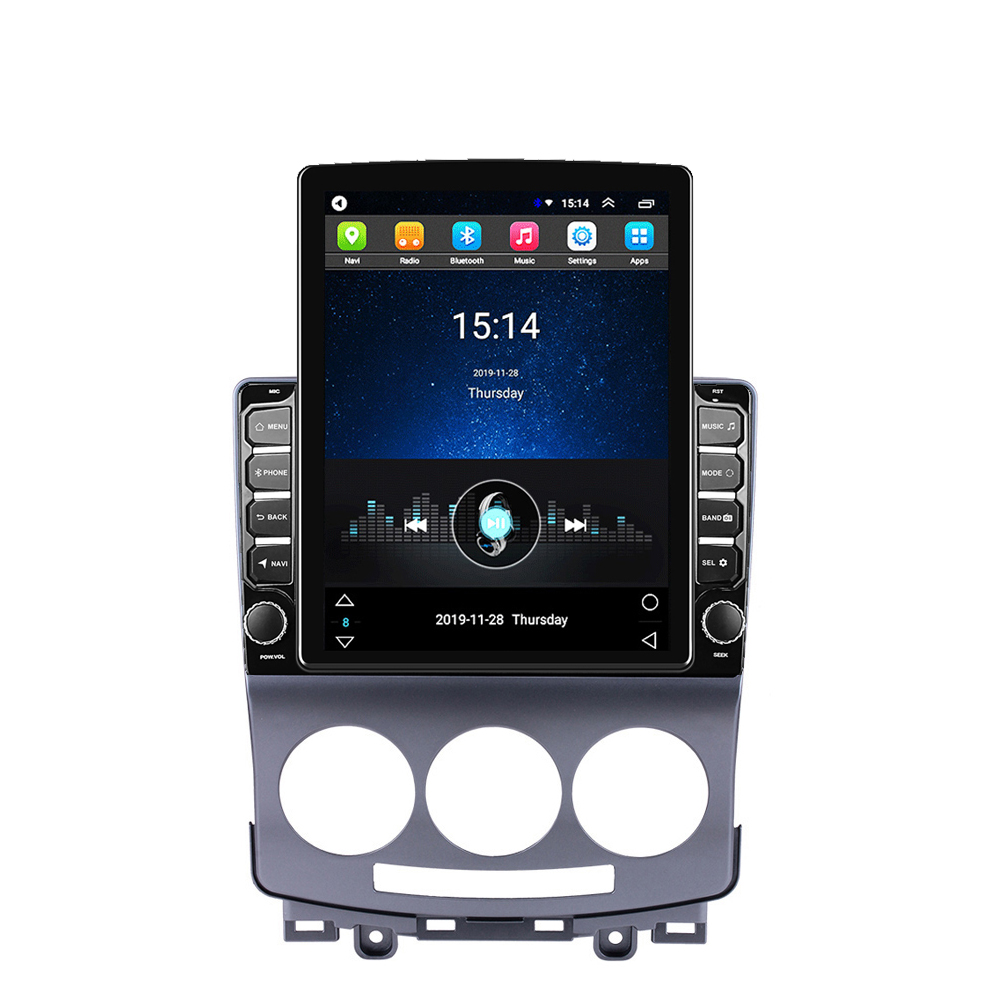 I can’t speak to these android units. Back when I owned my 3 lots of people installed similar units. While some had perfectly fine experiences, most people reported a number of buggy issues. A shame really, because I personally love the OEM look with functional hard buttons to navigate some functions on touchscreens. Granted a lot of those units were a decade or so ago, so I’m sure even the slow buggy ones have improved immensely. I wouldn’t want to install that “Tesla” one in a 2nd gen since the screen would block the vents.

I did just replace the stereo in my ‘12 a few weeks ago. Back in ‘14 I installed a pioneer DA120 touchscreen unit, and it crappy out right as C-19 hit. Since we weren’t driving much I held of on replacing it until recently. I was looking at basically an updated version of what I’d had before, but all of the less expensive pioneer units were sold out (was sticking with pioneer so I wouldn’t have to rewire the harness. Ended up installing a ~9” floating display sony unit. More $ than these android units cost, and short on some features (No adjustable button colors, no second camera input, for some reason does a scrolling data display for radio despite having a huge screen), but I’m liking it so far. I was specifically buying something with CarPlay. Got it scratch and dent discounted to like $350 at crutchfield.... literally the box, and one manual had a scratch on them. Everything else was perfect. I ended up adjusting the screen out and tilting it down slightly after this picture was taken To help reduce glare. Decade ago is like difference in dog years. The original Win CE based machines and early Android are very different than Android units today. Keep in mind Moore’s law, every two years tech doubles! The ability to access the Android econosystem is beyond awesome. Torque Pro for real time MPG and TPMS monitoring, telematics, etc.. Emulators + Bluetooth controller to keep the kids (in us) entertained.

I’m running these on an old Nook, which I rarely use, hence don’t see a need for a dedicated in car unit. It’s very similar to your floating Sony setup but Nooks can be had for dirt cheap (kids old tablet reserved to run Torque to check CEL).

There’s also a 9” unit with touch buttons and physical knobs for the same ~$180. Give up a little screen size but worth the trade off. The chrome trim is a bit tacky but easy fix.

Thanks for the suggestions. I do like the idea of physical buttons for a few key features. That tesla esque screen is too extreme for me though.....
T

If your goal is to have rearview camera, offline GPS navigation, bluetooth, the ability to install and run Android apps, a $60 eBay 7" unit would do just fine and it will not attract unwanted attention. If you are handy you can install it with the rear cam for total cost under $120 (unit, rear cam, brackets and bezel, wiring supplies, optional adaptors). Use key words "Android GPS" for eBay search and filter set to North America/ Canada for item location (assuming you are in Canada). Only consider the ones that include a GPS antenna and two USB cables. The Android version number and the amount of ram can easily be spoofed (long thread in https://forum.xda-developers.com/android-auto/android-head-units/7-8227l-unit-fake-info-t4016989 ). If you get the bezel separately, you can save more than half of the money comparing to the example on the original post.

I did the installation in May and it was a relatively straightforward job except for the steering wheel control but I have documented it in this forum with wiring diagrams so it should be easy now. It took me more time to wire the camera in the rear hatch than getting the head unit fitted into the console. Physical buttons on the unit are nice but I no longer consider them as a requirement since the steering wheel control is handy after I became used to it.

Everything has been working despite that it is a Android marshmallow (API level 23) even when the system says it is Android 9 (or 8.1go) it is just a Chinese scam. I did replace the mic of the unit and customize the cooling by attaching a 12v computer cpu fan on the back of the unit with USB (5v) power so it blows air while being quiet. That is when I learned that there is a ~30sec delay on the USB power shutoff when I turn the car off.

PX6 units are nicer though. I am not ready to spend 3x when it provides the same features I need from the older Android units.

The car is pretty much perfect with the addition of the backup camera and GPS navi. The voice recognition, local storage music play, and OBD2 monitoring are just icing on the cake. If I remember this thread a year later I will share an update.
Last edited: Aug 7, 2020
H

If I could choose, I'd go for a 7" unit with knobs and buttons rather than plain 9" unit. IMO, 9" is too big, - when I'm driving, my right hand on a wheel blocks visibility of the corner of the screen where Waze shows speed limit, this is a major inconvenience. IMO, PX6 units are better than Intel and are worth extra dollar. Don't be cheap on the screen, try to buy a unit with "IPS" screen.

Neat. how do these hold up in winter climates?
H

Well, I'm in Cali, so no real winter here. Russians from 4PDA generally say they have no problem with their head units. Which may differ by model, of course. Some crappy head units will glitch. Good head units won't.
Mine from kanor (not the one on the photo) been around almost 2 years, another unit I installed - been used 3 years, nothing to complain so far. Waze works, android gets updates. I predict the life cycle of such unit is around 3-5 years, depending on your needs. Android will stop supporting it at some point, but it would still be operational otherwise.
Please log in or register to reply here.