First introduced in late 2012, the Mazda CX-5 is running close to the tail-end of its lifecycle, which typically lasts for around five to seven years for passenger vehicles. Considering that the new facelifted CX-5 has just been launched not long ago, we are quite surprised to learn that rumours of an all-new CX-5 model, purportedly due in 2017, have begun circulating among Japanese social media groups.

The rumour alleges that a concept model previewing an all-new 2017 Mazda CX-5 will be making its debut at this November’s 2016 Los Angeles Motor Show.

It also claims that the turbocharged SkyActiv-G 2.5T engine that currently powers the recently revealed all-new CX-9 will be joining the CX-5’s range of engines.

Assuming that the unverified sketch of unknown origin is a reliable indicator, the all-new CX-5 will borrow a lot of styling cues first seen in the all-new CX-9, which will go on sale in the USA in later half of 2016. Introduction in other countries have yet to be confirmed.

In terms of dimensions, the rumour claims that the all-new model will more less about the same size the current CX-5. 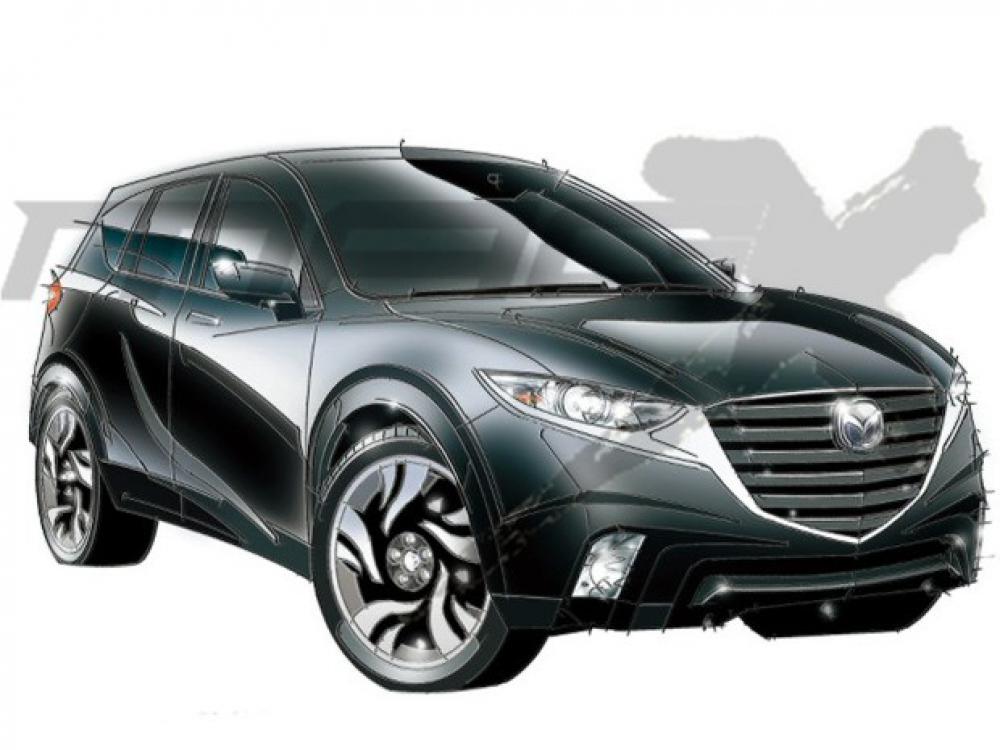 Kedis82ZE8 said:
The rumour alleges that a concept model previewing an all-new 2017 Mazda CX-5 will be making its debut at this Novembers 2016 Los Angeles Motor Show.

It also claims that the turbocharged SkyActiv-G 2.5T engine that currently powers the recently revealed all-new CX-9 will be joining the CX-5s range of engines.
Click to expand...

I'm not so sure on that one. You would think that, but than wouldn't Mazda than be pricing themselves out of the competition? Unless they continue to offer the 2.5L for most models and than offer the turbo as a premium engine upgrade. But several companies are offering turbos in their vehicles and their prices are in line with the current 2.5L cx5 engine.

Saw this news two weeks ago from Taiwan...

yrwei52 said:
Saw this news two weeks ago from Taiwan...

This seems further confirming from multiple sources that the 2nd-gen CX-5 is coming with turbo option...
K

Personally not interested in getting something with a turbo but very interested in the performance stats. It would be cool if Mazda could beat Forester XT times.
S

Thanks for sharing. I hope it's true. Even if the price goes up $3K - $4K with the turbo option, I think it will be competitive against fully loaded Forester XT (about $36K). Hopefully performance with higher octane gas is on par with XT (ie, 0-60 around mid 6's).
K

sbkim said:
Thanks for sharing. I hope it's true. Even if the price goes up $3K - $4K with the turbo option, I think it will be competitive against fully loaded Forester XT (about $36K). Hopefully performance with higher octane gas is on par with XT (ie, 0-60 around mid 6's).
Click to expand...

Then what is going to happen on your current turbo CX-5?
X

My last 5 cars have all had turbos, present one has two.

Wouldn't buy a car with out one frankly.
C

November seems kind of late to be introducing 2017 models, unless they're tweaking their real-year/MY calendar... I think 2016's went on sale in summer 2015.


craigo said:
November seems kind of late to be introducing 2017 models, unless they're tweaking their real-year/MY calendar... I think 2016's went on sale in summer 2015.
Click to expand...

2016 CX-5 was available at Mazda dealers in February 2015. But all-new 2nd-gen CX-9 will be available in summer 2016 as a 2016 MY. Mazda may be trying to make all model years in sync worldwide as US models are normally introduced later than other regions due to different government regulations.

Got a good deal for mine at Mazda of Lakewood.
J

sbkim said:
Thanks for sharing. I hope it's true. Even if the price goes up $3K - $4K with the turbo option, I think it will be competitive against fully loaded Forester XT (about $36K). Hopefully performance with higher octane gas is on par with XT (ie, 0-60 around mid 6's).
Click to expand...

if mazda does release a turbo cx-5, I will replace my forester xt with it.

Not that long ago Mazda achieved the best recipe for their cars. They somehow managed to insert the character of a sports car in every car they make from their smallest hatchback all the way up to the line of crossovers. The CX-5 is no exception, and it has been updated quite recently to offer a new look and some upgrades inside the cabin. Despite that, rumors suggest that the upcoming 2017 Mazda CX-5, which is expected by the end of the year, should be a new model. This is not all that unusual considering the car was released nearly four years ago. However, it would certainly be faster than many other cars out there.

Mazda would make this move to keep the CX-5 up to date and ahead of its competitors. The car would likely still use the same platform as before. However, some of its engines, running gear, and likely design are going to change. The new car is expected to get sportier, and it should also receive a completely new version as well. Rumors suggest that the future CX-5 could get a sporty version with a similar design to the BMW X6. This has yet to be confirmed, but Mazda did release a small crossover with this type of design only a few months ago.

We should first see the new version of the car on the US market with the 2017 Mazda CX-5. While it will be released during the last quarter of this year, the car is unlikely going to hit the market until the mid of 2017. Its price is expected to change as well from the current $22,500 to around $24,000 for a base model. Even though this is more than before, Mazda should be offering more kit, so the value for money will be improved for sure.

The “Kodo” design which has been used in all the Mazda cars in the recent years is expected to make a return. However, like it did back in 2012, the new CX-5 should become the trendsetter once again. The car should hit the market with a new design, “Kodo 2.0”, that should be even sportier than before. While some design traits from the older model are likely going to be used, its rear, profile, and even grille design should all be new. The cabin will have to go through a lot of changes as well. However, we are quite sure that here Mazda will borrow from the six quite heavily.

The 2 and 2.5-liter naturally aspirated engines are expected to make a comeback in the future 2017 Mazda CX-5 as well. While these are not offering all that much power, both of them are among the most efficient out there. We should see a small boost to their output of around 5 to 10%. It should be more than enough to make the car feel as lively as ever. The European model of the car will also take advantage of the old 2.2-liter diesel, but a small power bump and likely an efficiency upgrade are in order.
The big change would come with the new sportier trim level. Rumors suggest that this version of the car would get a 2.5-liter turbocharged inline-four petrol engine. This would be the same as in the CX-9 but tweaked for more power and less torque. An output of roughly 270 to 290 horsepower and more than 260 lb-ft of torque should be possible with ease. The old six-speed automatic is expected to be replaced by a new gearbox. This could get up to 10 gear ratios, and it should improve the way the car feels considerably.
Last edited: Jul 11, 2016
Please log in or register to reply here.